Jordyn Jones is obsessed with *this* iconic female singer 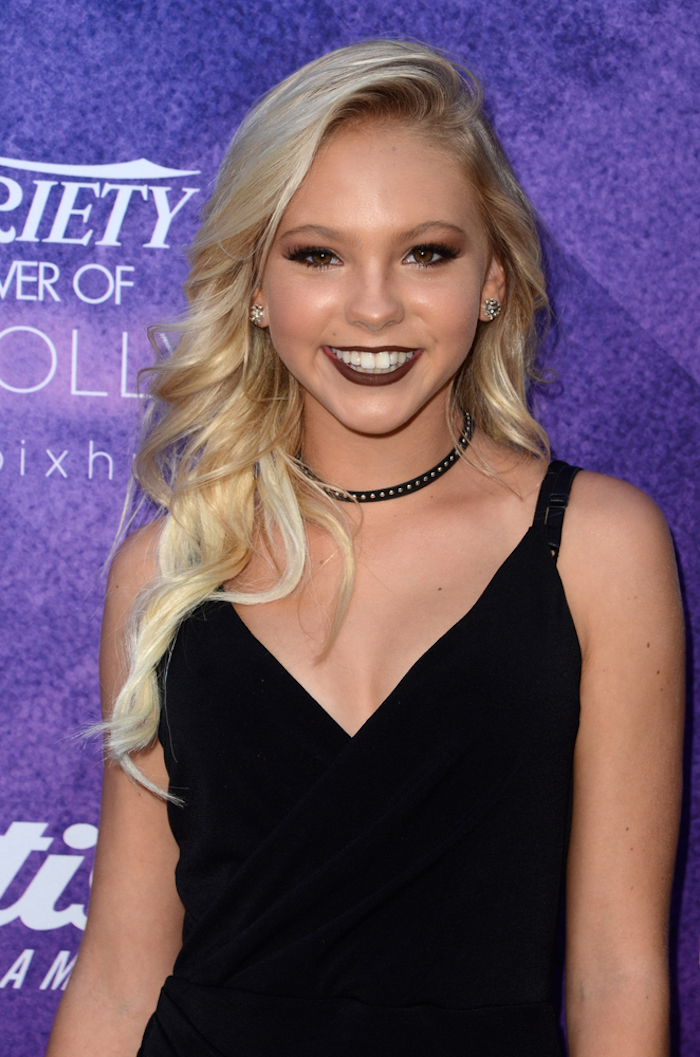 Between performing on tour and starring in the new Brat YouTube series Overnights, Jordyn Jones is always listening to music. Though her music style isn't totally the rock vibe her character Mack has on the new show, she definitely has her faves. Like...

On her fave artists...
Jordyn can't talk enough about how much she loves Halsey; she's totally obsessed. Though she's been listening to her whole album on repeat, her favorite song right now is the ballad, "Sorry."

"She's very talented and creative," Jordyn said. She also said she's been a day-one fan of Halsey. She saw her in concert during her Badlands tour and said the Hopeless Fountain Kingdom concert was the best she'd ever been to. Jordyn absolutely looks up to her as a solo female artist.

"I know everything that she went through I know her past and working hard and dedication will really make it all worth it in the end," Jordyn said. Coming from a farm in Michigan, Jordyn understands how determination is key to making it as an artist.

Aside from Halsey, Jordyn really likes Hailee Steinfeld and covers some of her songs, like "Starving."  She would *love* to collab with Hailee. "We would both learn from each other and I really like all of her songs so I feel like it'd be great together for a duo!" Jordyn said.

On seriously fab songs...
Besides "Sorry" and "Starving," Jordyn's favorite pop song is "The Middle" by Zedd, Maren Morris and Grey. Her favorite types of songs are upbeat, pop-y and definitely danceable.

She's also obsessed with "Try" – which has a more hip-hop/rap vibe – by Vory, a newer artist. "New Rules" by Dua Lipa was also in her top faves.

On amazing actresses...
Jordyn's acting inspo is non other than the incomparable Hailee.  "She's a very talented actress, I've always looked up to her," Jordyn says. No doubt Hailee's ability to sing and act with eaes inspired Jordyn's Overnights character, a new girl who breaks her way into a rock band.

"It’s very different from what I’ve ever done, so I was kind of skeptical the first time I went in to record the songs," she said. But she quickly adjusted and was glad that this pushed her out of her comfort zone. Now she says she can see herself pursuing a career in rock music. Though some songs were more rock-pop, she's proud of the fact that Overnights is doing something unique from other artists.

Character-wise, Jordyn loves playing Mack. And she thinks they're pretty similar. Though Mack gets into a bit of trouble at home – unlike Jordyn – they both love performing and being the star of the show. Jordyn said the show is a perfect example of how anything is possible and how everyone should take chances.

Overnights is out now on YouTube and we want to know who your favorite character is. Let us know in the comments!