Over half a million U.S. teens have an eating disorder 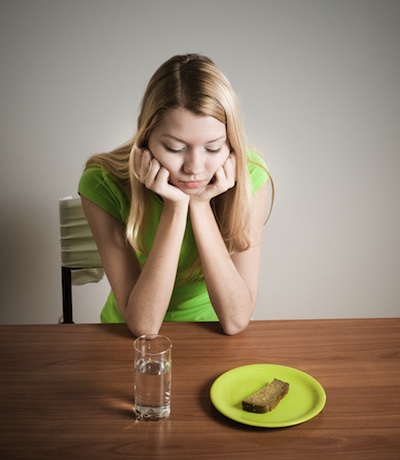 Scary fact: According to government research, over half a million U.S. teens have or have had an eating disorder as reported Monday in Archives of General Psychiatry.

The most common disorder documented was binge eating, which affected 1.5-percent of the teens studied between ages 13-18. Next on the list came bulimia (binging and purging) and anorexia (not eating). Also, 3-percent of teens exhibited troubling symptoms, but were not diagnosed with full-fledged eating disorders.

Just as worrying, over half of the affected teens also suffered from depression, anxiety, or other similar disorders, suggesting a connection between eating and mental disorders.

So how can you tell if you or your bestie is suffering from a disorder that affects so many? Be on the lookout for warning signs such as severe weight loss/gain, denial of hunger, reduction in food intake, anxiety about weight, and forced purging after eating. If you or someone you know show some of these signs, speak up, girlie! Don’t let them or yourself become a part of this terrifying statistic!

Mirror Mirror
The Eating Disorders Mirror Mirror site, mirror-mirror.org/eatdis.htm, offers guidance to those who are on the road to recovery and support to those who are looking for it. There are also links to other resources and descriptions of symptoms and warning signs of eating disorders.