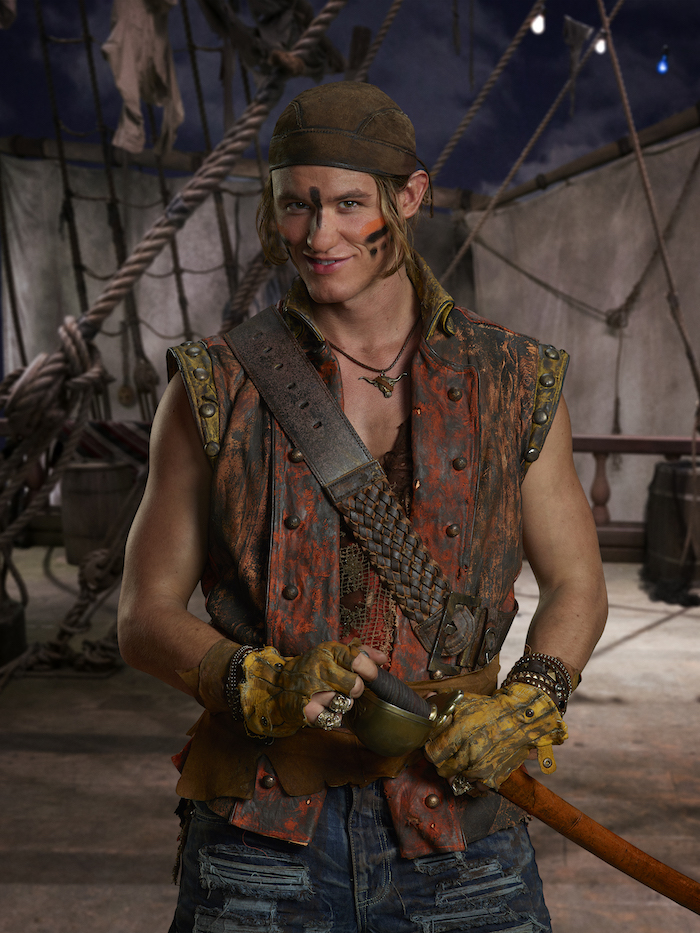 You may not have heard of him yet, but he’s soon to be one of your new celeb crushes. After starring in Netflix's Haters Back Off! alongside Miranda Sings, you're about to fall for Dylan Playfair as Gil, a member of Uma's pirate gang, in Descendants 2. With the flick coming soon (like so soon!), we decided to get to know this cutie, and learned all about his hockey past, his fave Disney movies and the moments he'll never forget from set.

1. He wasn’t always planning on being an actor
Growing up in Canada means Dylan was exposed to some serious hockey fever. “I thought I was going to be playing professional hockey, but I got to the point in my hockey career where I was starting to love the prospect of acting more than playing hockey,” he spilled. After deciding to take on acting, he moved to Vancouver to work as a production assistant and go to acting school. “I realized that if I wanted to do it, there was no better time than the present. Everyone was really supportive!”

2. He looks up to other famous Canadian celebs
When transitioning from hockey to acting, Dylan found inspo in other Canadian stars who headed to Hollywood. “Taylor Kitsch [you may know him from sports drama Friday Night Lights] is a big one for me, because he’s from close to home and played in the same hockey league that I wanted to progress to, so I saw his transition and the amazing career he’s had.” Other stars Dylan likes? Funny man Jim Carrey and Justin Bieber!

3. He was nervous to join the cast of Descendants 2!
We all know that the Descendants cast are BFFs on-set and IRL, so we can only imagine how nerve-wracking joining the close-knit cast must have been. “I was nervous at first, but [director] Kenny Ortega and the rest of the actors did a really great job at making everyone feel at home on set,” he said. “Me, Thomas [Doherty, Harry] and China [Anne McClain, Uma] were obviously the newcomers, and they made us feel at home in the first 45 minutes of the first rehearsal!”

4. He *loves* being a member of the pirate gang
Even though he didn’t have any experience being in a musical, Dylan loved getting to dance and sing as a member of the swash-buckling pirate gang. “I got to learn from Thomas and China, who are incredibly talented singers and dancers.” Another highlight of playing a pirate? Getting to perfect his sword-fighting skills!

5. He was a fan of Disney growing up
Like most kids, Dylan loved watching Disney’s classic animated films. His faves? Mulan and Beauty and the Beast! He said getting to be involved with Disney is one of his dreams come true. “Every kid’s dream when they’re growing up is to be a pirate and to be able to do that in a Disney world was really special.”

As *if* you didn't already know, you can catch Dylan in Descendants 2, premiering on July 21 at 8:00 p.m. EST on Disney Channel.

Super excited to see Dylan in Descendants 2? Tell us all about it below!