Aca-scuse me? Did someone just say Pitch Perfect 3? 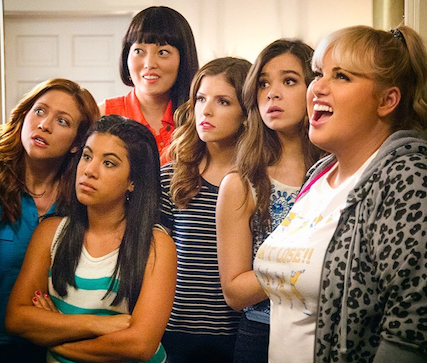 Pitch Perfect 2 only debuted in theaters a few weeks back, but the movie exploded into the big leagues. In just its first weekend, PP2 made more than the first film did during its whole run. And with that kind of success, it's no surprise that there are already whispers about a third film.

We don't have the official word just yet, but with PP and PP2 writer Kay Cannon already signing on for another flick, it looks like it's definitely happening. Even better? Hailee Steinfeld is planning on coming back to reprise her role as Emily even after the older Bellas graduate.

But that doesn't mean we're not crossing our fingers for fan-favorites Fat Amy, Cynthia Rose and Lilly to find their way back, and of course Anna Kendrick's star character Beca. At the very least, we're sure they'll at least make time for some amazing cameos, just like they did for Anna Camp's Aubrey in the sequel.

With the same writer behind the first two films penning the third, we have total confidence that Pitch Perfect 3 will be just as aca-awesome as the rest of the films we've come to love.

Would you see a third PP movie? Which characters would you want to come back? Tell us in the comments.