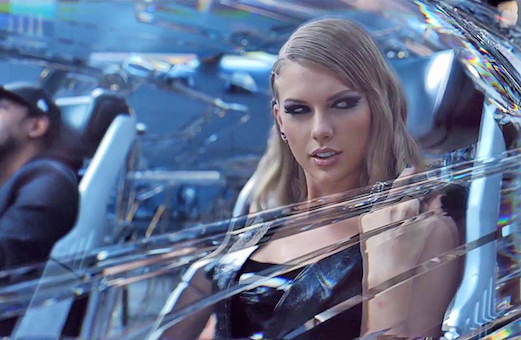 This week was a big one for some of our fave celebs. Whether they were crowned as champion or signed a major record deal, they have some serious reasons to celebrate! Read on to find out who made headlines:

It’s no secret that Taylor Swift’s ‘Bad Blood’ music video was one of the most anticipated videos of the century, and that was proven by the fact that Taylor officially broke the Vevo record of most amount of views in 24 hours. ‘Bad Blood’ accumulated a whopping 20.1 MILLION views in 24 hours, and I feel like the GL staff alone must have watched it at least 100 times… each. What we love the most is how shocked Tay was to break the record and how humble she is throughout her whole career. Congrats, Taylor, you deserve it!

The Dancing With The Stars Season 20 finale was this week and it was definitely a nail biter! The final two standing were #TeamRallison (Allison Holker and Riker Lynch) and #TeamValenRue ( Val Chmerkovskiy and Rumer Willis) and although we’ve been rooting for GL favorite Riker to win, we were just as excited for Rumer and Val to take home The Mirror Ball Trophy. Not only was this Val’s third time going to the finals, but this victory also helps Rumer break away from constant comparison to her parents. We hope that this isn’t the last time we see Rumer or Riker on the dance floor!

It has been quite a week for break-out star Hailee Steinfeld, with Pitch Perfect 2 debuting at Number 1, starring opposite Taylor Swift in the huge ‘Bad Blood’ music video and—most recently— signing a record deal with Republic Records. This girl deserves a huge bowl of chocolate chip ice cream and a dance party to celebrate her success. After earning her right as a Barden Bella in PP2, Hailee has continued to prove she has got some serious talent. The movie’s official soundtrack has made its way to Number 1 on the iTunes chart, and we’re sure that it’s not the last time Hailee will have her name up there.

Have you ever dreamed of meeting Ross Lynch, but haven’t had any luck? Now’s your chance to have a picture perfect moment with Ross—just as long as you can make it to Madame Tussaud’s in Orlando, FL. Ross has been honored with a wax figure replica (it’ll even be wearing his real clothes and his signature pink boxers!). The whole process took over six months and we can’t wait to see it in person one day!