Gaga gets candid for the CW 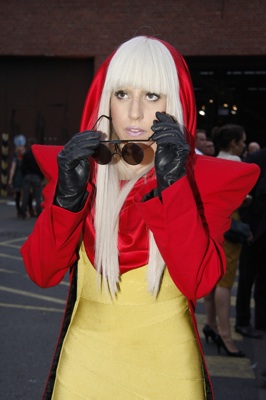 Do you go gaga for all things fashion, or are you passionate about Lady Gaga’s music? Little Monsters won’t want to miss the Gaga by Gaultier special, airing tonight, September 12, at 8 p.m. on the CW.

In an exclusive, no questions off limits interview by French couture designer Jean Paul Gaultier in his studio in Paris, Lady Gaga speaks about everything from her relationship with her fans to her backstage secrets, her rise to stardom and her love of fashion and art.

While we know we’ll definitely be tuning into the special, we can’t believe Gaultier and Gaga hadn’t met sooner—the machine gun bra she sports in her “Alejandro” video is clearly influenced by the infamous cone bras Jean Paul Gaultier designed for Madonna’s Blond Ambition Tour in the 90s.

The Gaga by Gaultier special will the kick off The CW 2011 Fall Preview Special, so you’ll definitely want to stay tuned to get a glimpse of what’s happening on your favorite CW shows this season!

Catch a preview of the special below…

Will you be tuning in for the special tonight? Are you the biggest Little Monster at your school? Blog about it, babes!
Love this post? You'll heart these, too!
» The stars of Degrassi share their BTS style

» Reading for fun? Check out the best books of the season
Win today! Snag oodles of gifts for you 'n' your bestie