Are using emojis in texts to my crush lame? 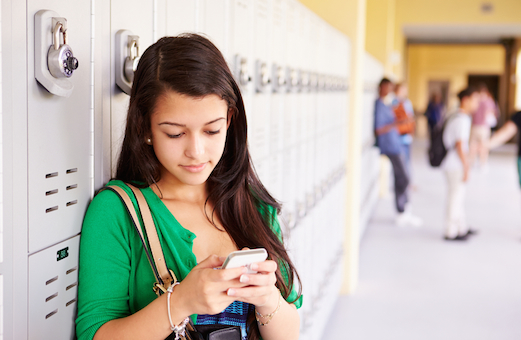 Emojis are super fun to use when talking to friends. With so many to choose from, you almost can’t go wrong. When texting with your crush, however, it’s really important to know your limits. Some guys say that they like girls with a sense of humor—girls who are unafraid to show their silly side. Obviously, that’s great. But when it comes to emoji use with a dude, we say it’s best to consider the type of convo you’re having before adding in that extra “Face Throwing A Kiss” or “Crying Cat Face” to your next text. So put your phone down and check out these simple rules before potentially going emoji overboard.

It’s OK to use emojis when:

If you and your crush are having a hilarious convo, don’t be shy about using ’em. Show him your silly side by sending him funny ones that relate to the convo. He will respect the fact that you are confident enough to be yourself.

Finally, a guy who understands how great emojis are! If your crush is the one going above and beyond with the emojis, don’t be hesitant to join in and show him that you are equally as clever. Test his knowledge by only texting him with emojis to see how good he is at decoding your cryptic message.

You’re trying to be flirty

So you and your crush just exchanged numbers and you don’t know what to say to him. It’s OK to use a flirty emoji to reach out. One guy we spoke with said that it’s a bonus when his crush sends the first text. So next time you’re at a loss for words, opt for a winking emoji or heart-eye one instead. We guarantee he’ll be impressed.

It’s NOT OK to use emojis when:

You and your crush have been talking for a while and he finally feels comfortable opening up about personal things. Don’t ruin a meaningful convo by using lots of quirky emojis. Things might get lost in translation, leaving it looking like you’re insensitive or rude.

You and your crush just started getting to know each other and you’re still figuring out his personality. He might not be a fan of emojis as much as you are so don’t use too many at first. Once you get a solid convo going, start off with one or two emojis to see how he reacts. Your crush ignores it? Leave them off until further notice or until he starts sending some of his own.

Are you an emoji queen? Have you ever sent them to your crush? Share in the comments below.