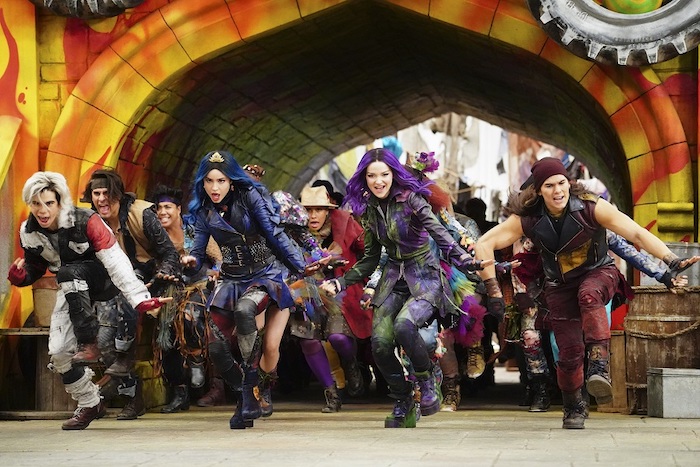 But wait—there's more good news! The music video for "Good to Be Bad"—the first song released from Descendants 3—also dropped today. Watch the vid for the song below.

Descendants 3 unfolds on "VK Day" as fair-minded Mal, Evie, Carlos and Jay—the Villain Kids, aka "The VKs"—cross the barrier and return to their birthplace, the Isle of the Lost, to bring four deserving Villain Kids to the coveted Auradon Prep in a land where they have a chance at success, happiness and fulfillment.

But, it's Mal who knows she must resolve to permanently close the barrier to the Isle of the Lost, fearing that nemeses Uma and Hades will wreak vengeance on her new home, the idyllic kingdom now ruled by her beloved King Ben. Despite her decision, an unfathomable dark force still threatens the people of Auradon, and Mal and her friends face their biggest challenge yet.

Mark your cals! Will you tune in to this amaze movie event? Share in the comments.

A JOURNEY TO CHOOSE HER OWN DESTINY

Enter a world on the brink of war where one more roll from a powerful die may set Calliope, a witch with a dangeous secret, on the road to demise. Enter to win here!