Battle of the boys: Peeta vs. Gale

Why is it that boys in books and movies are always so amazing?! And then when books give us TWO cuties, it’s like, “I don’t know which one to choose!”

If you’re having a bit of trouble deciding which to pick when it comes to the Hunger Games hotties—and which would make a better BF—let GL help ya out. Check this pros and cons list we’ve made for Peeta and Gale, and then make your decision on which cutie gets your vote. 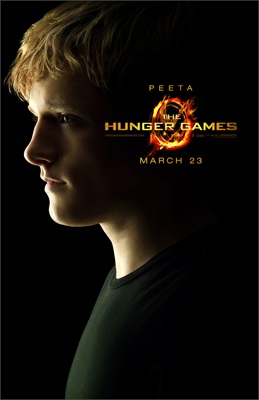 - Every girl says they wish guys were more sensitive, well this guy already is. He can be really emotional (sometimes maybe a bit too much) and isn’t afraid to share his feelings.

- He is super caring! When he likes someone and feels for someone, he will prove it. Peeta will go to the end of the world (or fight to the death!) in order to prove how much he cares.

-If you want to know what your BF is thinking, Peeta should be you’re guy. He is so truthful and will always share what’s on his mind.

- Peeta can be, um, a bit soft. He has worked in the bakery his whole life, after all, and has never really had to do crazy exercise.

-He can be a bit naïve. Growing up in a comfortable home, with a family that always had enough food, Peeta doesn’t realize how bad others have it.

-Adventurous doesn’t really come to mind when thinking of Peeta. Sure, he participates in the Hunger Games, but he didn’t really have a choice. Besides that, it doesn’t seem like he would do too many crazy exciting things. 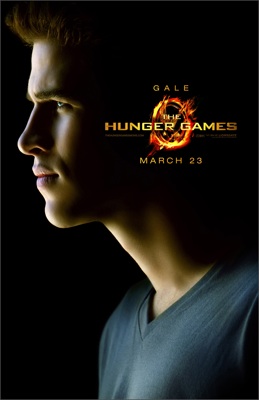 -This boy is stroooong! He spends his life outdoors hunting, and his huge muscles are the result of that.

-Having to deal with a large family and not much money, Gale has had to become really street smart (or forest smart, we should say) in order to survive. He and Katniss practically lived in the woods to be able to get the things they needed. Gale knows the ins and outs of the woods and the market. Extremely resourceful!

-Gale will go to the end of the world in order to protect those he cares about. His family and Katniss’ family are under his protection at all times. He won’t let anyone harm them because he cares too much about them. Awww.

-Unpredictable and reckless come to mind when thinking about Gale. It’s true, he does a lot of crazy things for his family and others, but still. He breaks laws, gets into trouble, and doesn’t really care because he doesn’t see much of a future for himself.

-Gale keeps a wall up, and he doesn’t like to let people in emotionally. He has that tough guy attitude, which makes it hard for others to really get to know him.

-If you’re a chatterbox and like having long conversations on the phone with your BF, then you might have a problem with Gale. He is not a big talker…AT ALL! A lot of times, he says all he needs with his eyes or expressions. Hey, Gale, words can be helpful too.

What do you think are the pros and cons of these cuties? Are you Team Peeta or Team Gale? Blog about it, babes.