Kendall and Kylie are getting their own mobile game 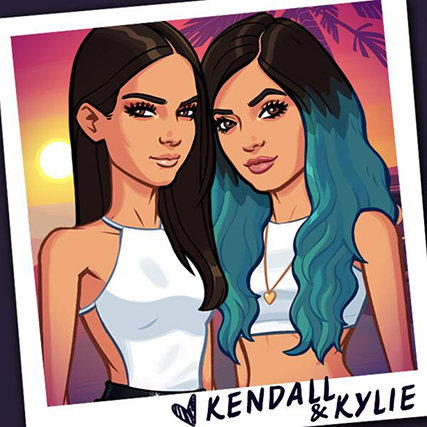 Look out, Kim Kardashian: there are some new celebs in town getting their own mobile app video game – and they're your sisters. According to recent reports, Kendall and Kylie Jenner are teaming up to follow in Kim's footsteps with a new game featuring them as the lead characters. Like Kim, they're also working with Glu Mobile to make their game into a reality.

It's only been a few weeks since Kendall and Kylie characters showed up in their sister's game "Kim : Hollywood," so it's not a total surprise that the girls are branching out with a project of their own. After all, the girls have been all over the place these past few years between starting their fashion careers, writing their YA novel Rebels: City of Indra: The Story of Lex and Livia and maybe even working on their own spin-off reality TV show.

According to news reports, the game will allow users to play as the girls and grow their budding careers with the help of mentors and other characters.

Do you play lots of games on your phone? Would you ever play a game like this? Let us know in the comments.