My high school wasn't diverse — here's how I coped 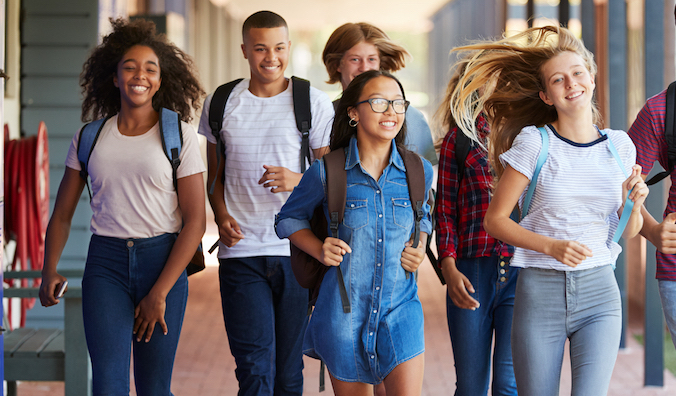 High school can be difficult. It's a world away from anything you've ever known. It brings new friends, new experiences and plenty of new responsibilities. However, when you're a minority, navigating this new terrain can be like navigating Mars. Picture this, you are the Mars Rover (Sojourner) and every day you wake up to roam the vast red planet. Your only companion is yourself and you hear no wind for wind does not exist in space. There are craters and inside those craters are other rovers (Opportunity, Spirit and Curiosity), but they are somehow different from you. You are the outsider. I was an outsider.

One year ago, I went to a high school that was composed of other wonderfully bright students; however, they were (mostly) all of the same racial and ethnic backgrounds. That racial and ethnic background is completely different from my own. I am an African American girl who was a minority for 12 years in the public school system. To be specific, a minority is a group of individuals, united by culture, race or ethnicity, that is not the dominant (largest) group. African Americans are the largest minority in the United States — we make up about 13% of the population, and for that, I am grateful but also disturbed. Being a part of a minority does not limit your potential nor does it define what you are capable of; however, it can occasionally lead to a person/people being unintentionally outcasted or [in a worst-case scenario] a lack of resources than those of a dominant group receive. My situation was not the worst-case scenario, but being a minority did alter my high school experience. It made me a little more lonely, a little less understood and a little more eager to graduate. I don't think any human being should be reduced to wishing away their youth just because they are different. I coped with my situation, and hopefully, others can as well.

Being African American in high school can hold a plethora of meanings depending on the person. It can be empowering, scary, enlightening and so. In my eyes, being African American at a small school in the northern panhandle of West Virginia was a battle. I was constantly at war with my conscience. "I don't look like they do," "I don't dress as they do," "My privilege is not equal to theirs," "Do I belong?" These are the thoughts that would flood my adolescent mind from 7:00 am until 3:00 pm, and more often than not these thoughts were reinforced by my peers. I was talked about in secret, unknowingly undermined during class lectures and my hair was always an interesting topic for everyone else. People would shout derogatory terms that would bounce off of lockers for all to hear and few instructors cared. I would go to school wondering if what I was wearing was "too much" or if I would draw too much attention to myself, something I feared doing for many years. Therefore, it wasn't until senior year that I had my "ah-ha" moment and realized that I was just as much of a human as every other student. I walked with unmatched confidence that year.

The sad truth is that not every minority gets to experience that "ah-ha" moment (and not all high schools are that way). Some are still confined within the walls of an unequal institution, and others can't step through the front door. However, in my 12 years of experience, I think the most valuable thing to remember is that you are not "too much." The language you speak is not a burden. The color of your skin does not make you a dumpster for other people's insults. It takes great power to change a body of like-minded humans, and I still have yet to find the source of such power, but I know it is out there (perhaps on Mars). Our brains are the strongest tools we possess, so fill your mind with your own self-worth, learn about those around you, consider what you want to gain from your experience. Do you want to be like the Mars Rover, cold, alone and hard, or do you want to be a human on Earth, filled with many emotions and open to the glorious world around you?