Redo your 'rents' rules--here's how! 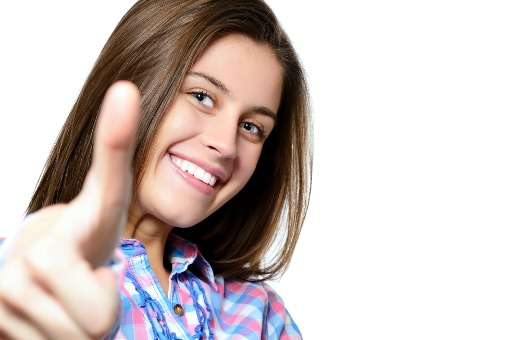 Ugh! My parents are really controlling. They’ve just set my phone to shut off at 6:30 p.m. every day just because they caught my sister texting after bedtime. All I want is to be able to text my friends until I go to bed. Is that so much to ask? How can I get them to give me some freedom?
As annoying as it can be, parents just want what’s best for you, even if it seems to you like they don’t know what that is. Think about how your parents must feel. They’ve lost their trust in your sister after they caught her sneaking texts after hours, and they’re worried you’ll do the same. Maybe they want to make sure you get enough sleep, or perhaps they’re fretting over the phone bill. That said, your request to text until bedtime is reasonable, so no need to give up. You still have a chance to redo the rules.
Listen up
While you might be tempted to rebel, take a deep breath and realize that by misbehaving, you’re only proving your parents right. Instead, show them how responsible you can be. Clean your room, make curfew, help with chores and most importantly, listen to what they say! Don’t complain about your phone’s early bedtime; there’s nothing parents hate more than whining. Your parents only restrict you because they think you need it, so behave reliably and your parents will be much more likely to grant a little independence.
Talk it out
Call a meeting with your parents when they’re relaxed and receptive. Instead of grumbling about their controlling tendencies in general, focus on the issue that really matters to you. State clearly why you think the sitch is unfair, and ask them what their concerns are. Suggest alternatives, and show that you respect their authority. For example, maybe you can check your phone in with them before you go to bed, giving you more flexibility, or perhaps you can foot part of the phone bill in exchange for more control over your cell.
Let go
And if they say no, they say no. Don’t continue to beg. Recognize and understand their choice, even if you still disagree, and comply by their rules. Your mature response will stay in their mind as they contemplate giving you more independence later on. After all, they are your parents and while you live with them, they make the rules. Even if you’re still setting down your phone at 6:30 sharp, you’ll have impressed your parents with your level-headedness reasonable response. Good luck sweetie!
Love this post? You'll heart these, too!
» Buh-bye, boredom! 100 ways to have a blast this summer!
» 3 secrets to surviving family vacay

» Be a super sitter!

POSTED IN how to be Miss Independent, problems with my parents, my parents are way-strict, how to talk to parents