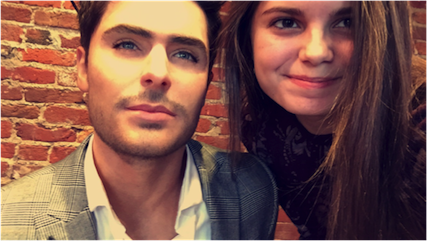 Ever wish you could get up close and personal with Zac Efron? Now you can at Madame Tussauds in Washington D.C.

On October 20th, the new Zac Efron wax figure was unveiled in celebration of the star's 28th birthday. As the winner of GL's Madame Tussaud's VIP contest from this summer's Back-to-School Fashion Bash event, I had the chance to attend the unveiling party and be one of the first to meet "Zac." The celebration was held at The Loft in D.C., where I was given the opportunity to help Madame Tussaud's reveal their newest figure.

After arriving at the party, I was told I would be the one to drop the curtain, which sparked some nervousness that I would somehow mess it up. Luckily, it turned out great, and as soon as I pressed the button the curtain fell away to reveal the star in all his glory. Once I'd helped get the party started, I of course had to take some selfies with Zac... well, his wax figure. He was sporting a grey fitted suit along with a gold ring, perfectly capturing his style—and he was so life-like that it was almost creepy (but still pretty handsome). 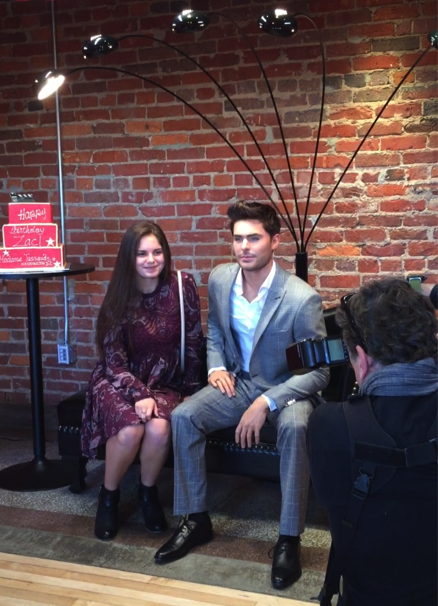 According to one of the Madame Tussauds employees I spoke with, each figure can take anywhere from three to four months to make. Zac's figure, made in London by 20 artists using 250 exact measurements, took about four months to make before he joined Taylor Swift, Justin Bieber, Miley Cyrus and Selena Gomez in the D.C. museum, becoming one of approximately 100 wax figures on display. While working on the Zac figure, the artists inserted each hair on his head individually, making this a long and tiresome process. Overall, though? I'd have to say it was all worth it.

Check out Madame Tussauds on Twitter and Facebook to keep an eye out for all the awesome figures they have in the works.

Are you a Zefron fan? What wax celeb would you love to "meet" at Madame Tussauds?

Ready to refresh your spring TBR list? 📚 Unbox six of the latest and greatest reads (worth $100) with our Bestie Book Box. Enter to win here!