The terrifying truth about Juuling you *need* to know — now 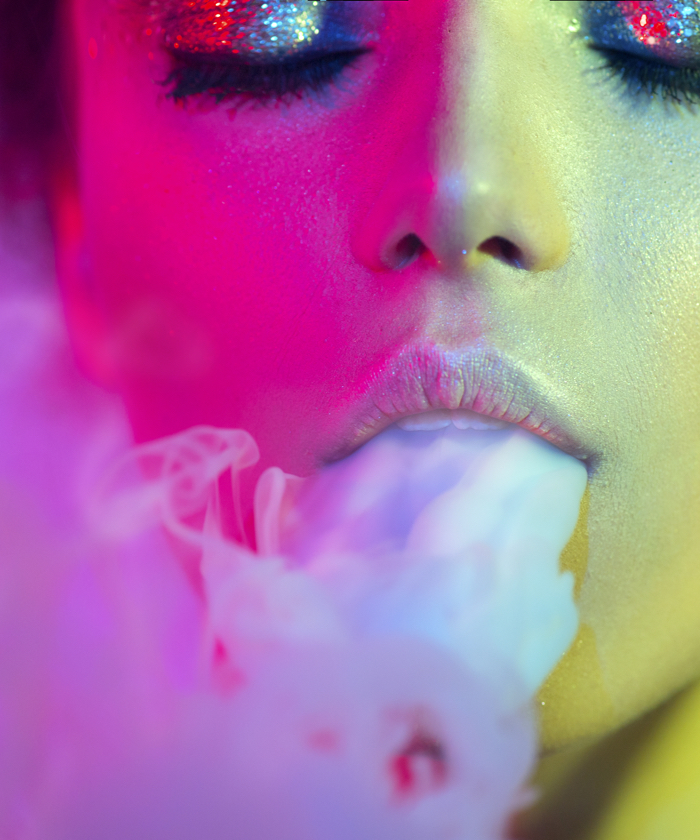 MOST GL GIRLS SAY THEY’D NEVER SMOKE, BUT A SHOCKING NUMBER OF TEENS ARE NOW TURNING TO VAPE PENS, NOT UNDERSTANDING HOW DANGEROUS THESE SUCKERS ARE. HERE’S WHAT YOU NEED TO KNOW ABOUT THE HAZY WORLD OF JUULING...

Jasmine S., now 18, was hanging out with some friends during her senior year of high school when she spied a cute guy sucking on a Juul. He’d inhale, and when he exhaled, a white swirl would tumble out of his nose.

Jasmine is a cross-country runner and a peer mentor who teaches middle schoolers the importance of not doing drugs—so she’d never even considered smoking before. “I’d never smoke cigarettes,” she tells us. “I don’t think people who smoke are attractive, and obviously the things give you cancer.” But she was intrigued, so she asked the guy to show her how to use it. She liked it.

Now, she vapes once a week when she’s hanging with friends. “I Juul socially because I like the taste and feeling,” Jasmine confesses. “I don’t think it’s dangerous. I don’t feel hooked.”

IN THE DARK ABOUT DANGER

Like Jasmine, tons of teens are trying e-cigarettes like Juuls. According to the most recent report from the U.S. Surgeon General, between 2011 and 2015, e-cigarette use by high school students rose a shocking 900 percent (yes, that’s a 9 with two zeros).

And not only are more teens using, they’re doing so more frequently. The National Youth Tobacco Survey estimates around 1.7 million high schoolers vaped within the last 30 days (with 500,000 middle schoolers also partaking within the same time frame).

While Juul has captured 60 percent of the e-cigarette market, these devices (also called vape pens, e-hookah, e-cigarettes and a slew of other names) all basically do the same thing: vaporize liquid nicotine through a heating element. What’s also the same? The negative health effects, which many teens are largely unaware of. When GL surveyed more than 700 readers, 30 percent said they didn’t know much about the dangers of vaping—which means they could fall prey to the “they’re not bad for you” line.

Here’s the deal: The devices started hitting the scene in the early 2000s and were marketed as a way for cigarette smokers to kick the habit. While vape pens have helped some lifelong adult smokers to puff less, they also have introduced a new kind of bad habit. So much so that, according to a 2017 study by the Centers for Disease Control and Prevention, about 50 percent more high schoolers and middle schoolers vape than smoke.

Adding to the danger is the fact that, because e-cigarettes are still relatively a new thing, researchers don’t know the long-term risks of the devices. “There’s one thing we can say for sure: Nearly all of them contain nicotine, and nicotine is highly addictive,” says Dr. Jessica Pepper, a social scientist with RTI’s Center for Health Policy Science and Tobacco Research.

THIS IS YOUR BRAIN ON VAPE

Nicotine and your brain are a dangerous mix. Dr. Pepper says it can impede development in teens and impair cognitive functions. The teen years are crucial for the growth of your brain—that’s when the section of gray matter responsible for decision-making is still developing. The girls who talked to us say they vape at parties or when they’re with their friends, shrugging it off as a no-big-deal occasional thing. What they might not realize is that nicotine is addictive (and poisonous), which means the body starts to adapt to the effects. The result? A person craves more and more of the drug over time. And teens are particularly susceptible to nicotine’s addictive qualities, meaning that if you get hooked in high school, it is harder to quit later on.

It’s not just the nicotine, either. A study conducted by scientists at Boston University found the vapor that’s emitted from e-cigarettes negatively affects bronchial cells in your lungs, similar to traditional cigarettes. (One more fun bonus? Currently, 47 states have banned the sale of e-cigarettes to minors, so this unhealthy habit is also probably illegal.)

Almost 90 percent of GL readers who took our smoking survey said they’ve never smoked a cigarette. The girls had heard just how terrible cigs are and how they lead to a slew of major health problems such as lung cancer, heart disease and strokes.

But the electronic version of this age-old bad habit is different in a few major ways. For one, there’s no flame and no tobacco, which means it doesn’t smell like the person is ingesting a campfire. Second, teens haven’t already heard a million times that e-cigarettes are terrible for your health.

“They’re still a relatively new thing, so there isn’t the same kind of stigma that there is around cigarettes,” Dr. Pepper says. This image is part of the growing problem. Traditional cigarettes are white and brown and tossed out when they’re finished, filling ashtrays and streets with icky stubs. E-cigarettes, on the other hand, can look sleek (Juuls resemble flash drives, so much so that one school district in Pennsylvania banned actual flash drives) or “fun” (pens come in bright colors and are sometimes bedazzled in crystals or decked in Hello Kitty’s adorable face).

Another huge factor in the appeal is the taste. “My friends talk about their favorite Juul flavors the way we used to talk about ice cream,” reveals Cidnie, 14. “I really doubt everyone would vape as much if it tasted bad.” Like, say, cigarettes.

The fact that these nicotine-laden “juices” (as the liquid that’s in them is called) come in healthy-sounding flavors (like cucumber) and sweet ones (like crème brulee or cotton candy) make many question who the makers of these products are truly targeting. “There is a reason things that are bad for you, like spoiled milk or food, repulse you. It’s your body’s way of telling you to steer clear,” says scientist Millie Saks. “Products like Juul take away the tobacco taste that could potentially turn off many teens.”

The flavorings are so controversial that residents of San Fran- cisco passed a law last month banning the sale of flavored tobacco products, including menthol cigarettes and flavored vaping liquids. This comes on the heels of senators and groups like the American Academy of Pediatrics and American Cancer Society taking the Food and Drug Administration to task after it delayed implementing regulations aimed at curbing the e-cigarette’s teen appeal.

“If you were to design your ideal nicotine delivery device to addict large numbers of United States kids, you’d invent Juul,” says Dr. Jonathan Winickoff, a pediatrician at Mass General Hospital for Children and a professor at Harvard Medical School. “The earlier these companies introduce the product to the developing brain, the better chance they have a lifelong user.”

Katie P., 18, who started Juuling at a party earlier this year, told us she thinks smoking is anything but appealing. So why does she stick with vaping? “I like how you can do tricks with the smoke.” She’s not alone. Girls who vape are quietly becoming trendy online, posting pics of themselves in revealing outfits while posing with a billow of smoke swirling around their hair.

Brooke L., 13, also pointed to Instagram as a primary reason girls are trying vape pens. “Don’t get me wrong, I love social media,” she says. “But for some reason it’s cool to be puffing Os to loud music? It may be mesmerizing, but there are better options out there.”

Girls aren’t the only ones taking snaps of their vaping ways. Lily W., 14, has never smoked, but says pics of guys online have piqued her interest. “Seeing GIFs of cute guys puffing out that smoke makes it look like an art form,” she confesses.

Think about it: That’s how a girl like Jasmine went from never picturing herself smoking...to being a regular vape pen user. And that’s the scary thing: Even just seeing someone else using one can make teens want to try it themselves.

According to a study by the University of Chicago, “passive exposure” to an e-cigarette (aka just watching someone vape) can cause cravings for old-school cigarettes and vape pens. And that craving might not stop there. “We worry tremendously about ‘gateway’ usage,” Dr. Pepper says. Some risky behaviors, like smoking and drinking, tend to “travel together,” says Dr. Pepper, which means a person who is up for trying one might check out another, despite the fact that these behaviors are illegal or dangerous.

While teens might swap plenty of myths about the pens they puff on, the chance to do a couple quick tricks with vapor or impress others isn’t worth it in the long run—no matter what the person passing you the billowing baton is telling you.

As Brooke puts it, “You may say, ‘It’s not a bad thing, I’m just smoking a pen—it’s harmless.’ But think about it: Smoking was in that sentence. And smoking is unhealthy. Period.”

This piece originally appeared in the August/September 2018 issue of Girls' Life magazine.