Addison Rae and her mom Sheri Easterling have made their very own podcast called Mama Knows Best. In the podcast, this mother-daughter duo gives their listeners advice on all things love, friendships, TikTok, family, growing up and more. They decided to make this podcast to provide their listeners with two different perspectives: the mother's perspective, and the daughter's perspective. So tune in on Spotify for *free* to listen!

today’s the day! i’m so excited for you to hear our podcast #mamaknowsbest with me and my girl @addisonraee . listen now only on @spotifypodcasts

The very first episode called Life Before You Knew Me aired on July 20. In this episode, the two TikTokers opened up about how Addison didn't have it so easy growing up. What's really cool about this first episode is they narrate every year of their lives from the time Addison was a baby until now. They *def* got real with their listeners right off the bat sharing some things that Addison hadn't even shared with her closest friends. So let's dive right in!

What would you like to hear us talk about next? ❤️

The first segment starts with Sheri talking about how she lived in a 2 bedroom trailer with Addison when Addison was just a baby, along with some of Sheri's friends. This is because she didn't have the job or the money to support a nicer house at the time. Sheri had jobs in the retail business where she had her own stores called Deja Vu and Cha Cha Charms, but she went on to explain how competitive the retail business is, in addition to how hard it was to balance being a single mom and a working mom at the same time.

That being said, the stores sadly did not last. She shared that she felt a bit guilty for not being able to give Addison a better living situation. However, Addison replied by saying, "When I was that young every memory I have from that time is great! I was so happy, I was having so much fun! I remember living with our friends, that was so great for me! It was never a problem for me to think oh my god where is my dad...because we were with people that loved us and we loved them!"

Addison goes on to talk about how her parents' relationship was always on and off when she was growing up. Sheri chimed into the discussion by saying "there were times where it was my way or the highway, in which a lot of times he chose the highway"—and she does this throughout the episode to lightheartedly reference times where she and her husband weren't together. Sheri also adds, "and then the highway led back to me sometimes." This was referencing times where her husband would want to get back together with her, and things would be good for them. Mom and daughter shared that around the time Addison's little brother Enzo was born, Sheri and her husband were on good terms. Her husband worked in the RV business at the time so he hooked up the family with a *free* place to live for a while, which was hype! 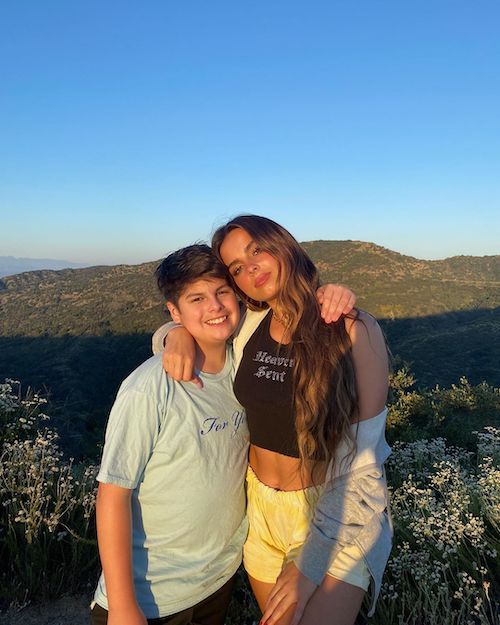 In the next segment, these ladies talked about what being a single mom was like for Sheri at the time. Addison asked her mom what her motivation was to keep going, especially when her businesses were going downhill. Sheri responded by saying, "I never felt like a failure just because my business didn't work out." She told herself, "it's a big deal but it's going to be okay...I wasn't going to give up, I was going to try something else." I think Sheri is such a good role model for her fans and listeners to keep going and not give up. Especially when times are tough! Sheri kept persevering and now she's TikTok famous with 8.5M followers on TikTok!

When you listen to this episode you'll see that Texas is a major topic of conversation throughout the whole thing. This is mainly because it's all about life before TikTok, and Texas is where Sheri grew up. It's also where Addison spent some of her childhood, and where her youngest brother Lucas was born! In the episode, you'll hear about what happens when their family moves there for a few years, and what happens when they end up having to move back to Lousiana.

When the family moved back to Louisana, Addison was going into 8th grade. She spoke about how hard it was for her to adjust when she moved from Texas back to Louisana. She told us that she would start to make friends and get settled into her new school. Then she would have to move again just to start the grueling process of making friends all over again. She told the listeners about the time she got bullied at her new school in Lousiana for not having "real" UGG boots. She said, " they saw my Bearpaw shoes, and they literally bullied me." The bullies said, "you can't afford real UGGS that's embarrassing."

Fans are in pure amazement at how far Addison *and* her mom have come since then.

just listened to #mamaknowsbest and Addison Rae,girl I’m in awe of how far you’ve come.

I have a whole new appreciation for @whoisaddison, came from basically nothing and made a name for herself. Go you girl 👏🏼 #mamaknowsbest

Of course, it's always fun to watch Addison dance on TikTok in her cool outfits. She is without a doubt a TikTok icon. However, she has now become a *huge* inspiration for all of her fans to never stop believing in themselves.  She opened up and shared her story about her struggles along the way. Therefore, proving that hard work and determination are the keys to success.

We cannot wait for the next episode to come out! We love you, Sheri and Addison. 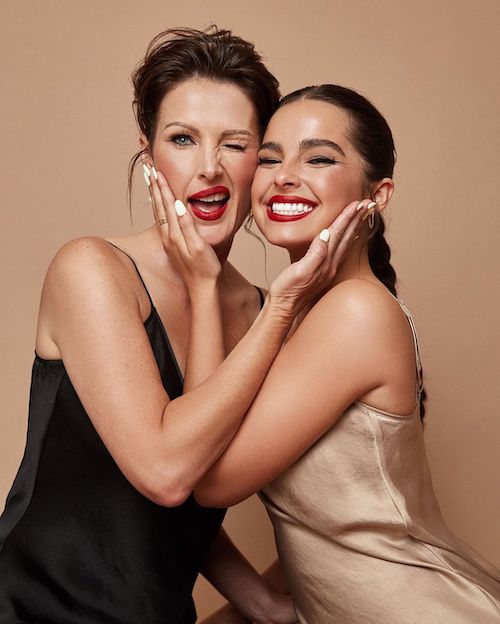