This iconic Spice Girls song just got an empowering twist 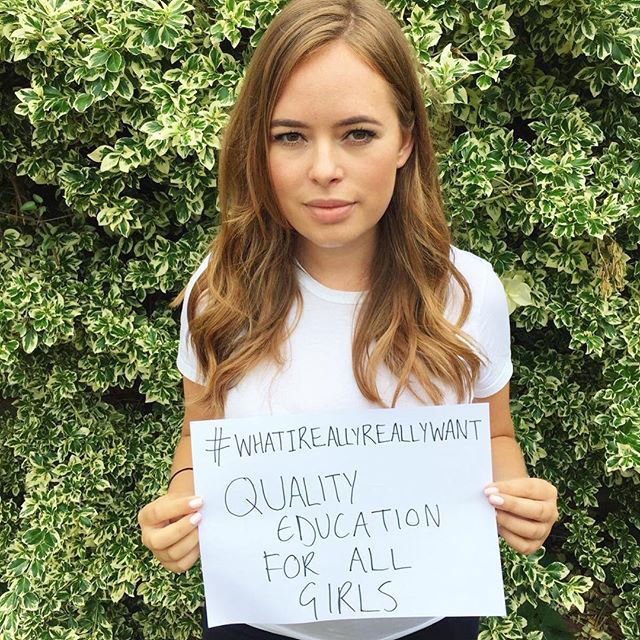 #ThrowbackThursday is here a day early: Global Goals for Sustainable Development just put a new twist on Spice Girls' amaze girl power anthem "Wannabe" with their vid "#WhatIReallyReallyWant." The video was made to emphasize issues that women and girls face all around the world.

The video, directed by MJ Delaney, correlates with Global Goals' fifth target gender equality. It works to promote quality education for women, ending child marriage and violence against women and girls as well as equal pay for equal work.

The video stars a slew of ultra cool girls from around the globe. The cast includes Seyi Shay from Nigeria, Moneoa and Gigi Lamayne from South Africa, M.O from the UK, as well as actress Jacqueline Fernandez from Sri Lanka, Larsen Thompson from the U.S. and Taylor Hawala from Canada.

But the video is not enough on it's own so Global Goals wants *you* to share what you really really want for girls and women. To join the movement simply post a picture on social media of yourself holding up a sign stating what you want for girls and women using the hashtag #WhatIReallyReallyWant. Your words will go further than just Instagram and Twitter, though. Global Goals will take these statements to the leaders of the UN in September in hopes of making progress toward gender equality.

What do you really really want? Share in the comments below!

POSTED IN entertainment, music, music videos, watch this, LIFE, Get Inspired, express yourself, TRENDING, In the News, Must List