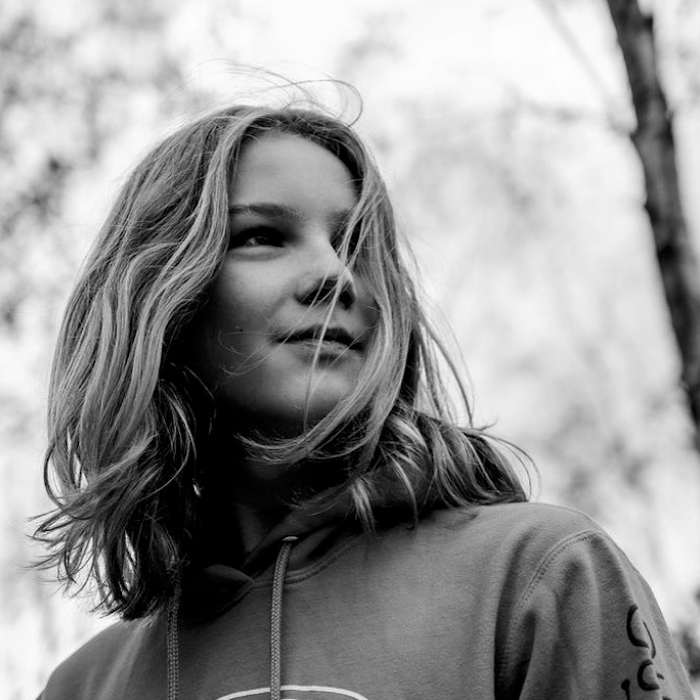 As a young teen, Clark Furlong has already begun making a name for himself in the entertainment industry. From booking big-name shows like Euphoria, The Prodigal Son and The Rookie to performing in renaissance festivals with his family band, the Sibling Rivarly Fiddle Band, Clark is no stranger to the spotlight.

Now, to tack on another role to his already-impressive resume, Clark can be seen as young Paul Landon in the recent APPLE+ series, LISEY's Story, which is based on Stephen King's best-selling novel by the same name.

When we caught up with Clark, he chatted about his favorite roles, his family band and his biggest inspirations. Keep reading to learn *everything* you need to know about this rising star.

Clark: "I have always been a performer! I started playing violin when I was four. There was a kid in my violin studio who started auditioning for plays, and my mom encouraged me to audition as well. At first I was acting in a lot of smaller things, but then I started to take it more seriously. I told my mom that I wanted to pursue acting for real, and, after a lot of back and forth, I remember her saying "If you want to do this for real, you're going to have to go big or go home." After that I started auditioning in the TV and film industry."

GL: Do you have a favorite role you've booked?

Clark: "My role in Euphoria was the most fun. It was also really special because it was the first big thing that I got to be a part of...so it has a special place in my heart."

GL: What was it like playing young Jules in Euphoria?

Clark: "My job as the actor is to play roles as truthfully as possible. If you break down Jules' character, she is honestly just alone. She has been completely betrayed by the person she trusted most in the world and she just wanted to be understood and accepted. So when I got on set, my job was to play Jules—not the politics of being transgender—but to portray Jules as the character she is."

GL: Tell us about your latest role in LISEY's Story.

Clark: "It was an adventure, to say the least. Our production started before the pandemic, and then it obviously had to shut down for a while. Then, once in-progress productions were allowed to resume operations, we were allowed to begin again. It was crazy—because our set was no longer considered COVID-safe, we wound up moving all of our production to Germany. Since the director's next film was out there, he already had a crew, so we packed our bags and moved. We had to get tested three times per week and Stephen King actually re-wrote a lot of scenes to be outside to make them safer. It was a pretty life-changing experience."

GL: How did the Sibling Rivalry Fiddle Band form?

Clark: "When we were younger, our parents suggested we play music together since we all knew instruments. After we started playing together, we realized we didn't sound half bad, so we decided to start playing at renaissance festivals. Our parents actually met at a renaissance festival, so our roots are deeply entertwined with them. It's nice to be in a band with your siblings because you know they are going to do their part so all you really have to do is focus on yourself."

GL: What do you like to do aside from acting and performing?

Clark: "I am a self-procclaimed Dungeons and Dragons fanatic. I love to play it with my friends! When I'm not playing D&D, I am usually hiking or doing something else outside.

Clark: "I am very inspired by both Benedict Cumberbatch and Orlando Bloom. I would love to play some action and adventure roles. Honestly, if I could follow Orlando Bloom‘s career, I would."

Want to keep up with all of Clark's latest adventures? Follow him on social media at @iamclarkfurlong.

All images: @clarkfurlong | Parts of this story have been edited for grammar and clarity.

What type of sweater are you sporting this winter?