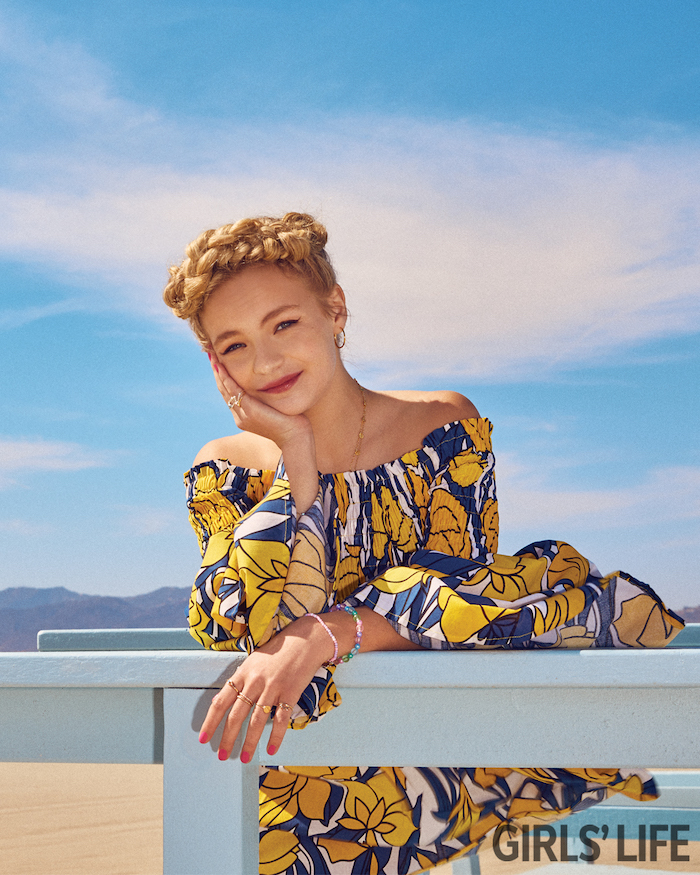 ☀️ And, honestly, couldn't we all really use some? ☀️

The super talented dancer and performer (catch her on the most recent season of Dance Moms, her Brat TV series Stage Fright or vlogging on her popular YouTube channel) is the good-vibes girl you want by your side all summer long.

Whether you're watching the sunny 14-year-old master complex choreography, create captivating characters or just be her cool, compassionate self, it's impossible not to be drawn to Pressley.

But, as we all know, being such a positive person isn't exactly effortless—it comes from hard work and intention.

So in the hopes of learning Pressley's secrets on how to have the ultimate self-love summer, we booked a beach day with social media's sweetest soul. And we're *srsly* basking in her glow.

It all started in New Jersey, where Pressley was born a dancer (she literally had a crib in her mom's studio). Even though she started classes at age 2, she didn't instantly fall in love ("I used to cry because I wanted my mom's attention!" she laughs). But her first recital showed that, even as a toddler, she had serious talent.

"My mom said I kept moving back to my onstage marker and correcting my own spacing throughout the routine," Pressley reminisces. "That's when she knew I was going to follow in her footsteps and become a dancer."

Dance quickly became Pressley's life (think: classes in all genres six days a week and competitions on weekends). And, as her talent got recognized, it opened doors to the professional performing world.

After snagging a spot on the Brooklyn Nets Kids Dance Team, Pressley landed one of her biggest-ever gigs: dancing for Justin Bieber on his 2016 Purpose World Tour. At 9 years old, she was one of just four kids chosen for his Madison Square Garden show in New York City.

"It was an actual dream come true," Pressley gushes. "Justin looked at me after I finished dancing and said, word-for-word, 'You are the cutest little thing in the world.' I basically started crying with excitement."

So what was the obvious next step for any mega-talented kid dancer? An audition for Dance Moms, ofc. "I grew up watching the show and idolizing Maddie Ziegler," Pressley says of the infamous, now-canceled Lifetime reality series and one of its biggest breakout stars. "I really think Dance Moms highlighted that dancers are athletes and artists who deserve to have a platform to show their skills."

But Pressley's Dance Moms journey actually started with rejection. "It honestly took so long to land," she says of her stint on the show. And though it was tough not to make the cut the first time around, the producers' initial pass pushed her to try even harder.

She upped her practice schedule, added in extra flexibility and stretch sessions and attended dance conventions to learn majorly intensive choreography. Sure enough, over a year later, a second audition rolled around. She nailed it.

"I think I actually got chosen because of that first audition," she shares. "They were able to see the hard work I put in and how much I'd grown." One highlight? Being compared to her role model, Maddie. ("She has the determination and drive I really strive for," says Pressley, "so that was just totally surreal.") 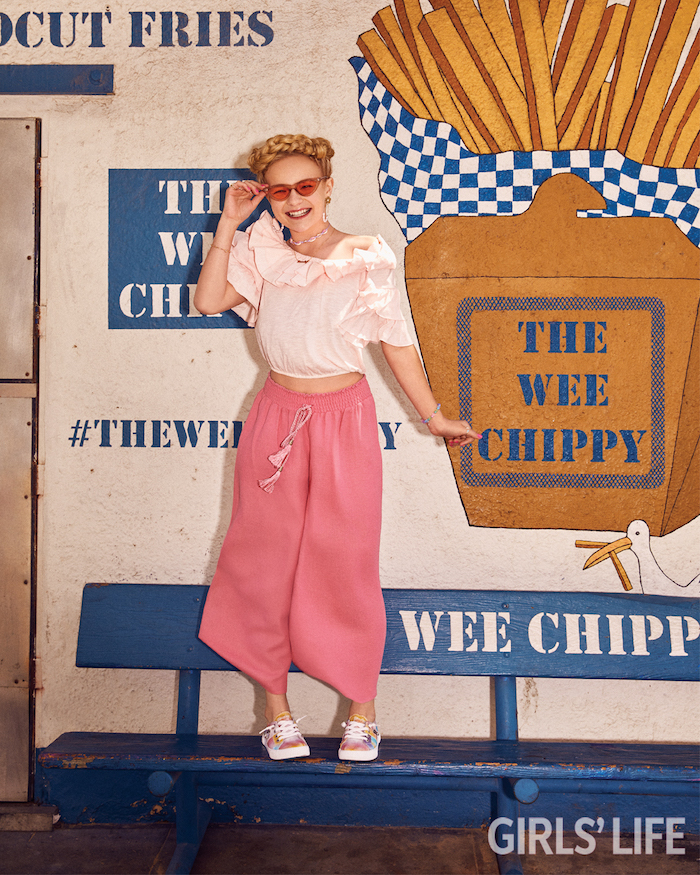 Openness and vulnerability are inherent to Pressley's personality—and it's those characteristics that make her dancing so striking. Fans flock to Pressley's incredible musicality and the way she turns her choreography into genuine artistry. Look up her "Flower Child" solo and you'll see that Pressley has an emotional yet grounded style that's all her own.

"If you're going to do something, do it with a whole heart," she says of her approach to dance—and, well, everything. "Don't be afraid to put yourself out there, take a genuine risk and be honest about the fact that you care."

Of course, when you're one of the stars of a reality show, putting yourself out there leaves you exposed to the harsh glare of the spotlight—and to criticism.

In the early days of Dance Moms, Pressley was super self-conscious and lacked her classic confidence. It didn't help that she experienced body-shaming in the studio when she was asked by dance company founder Abby Lee Miller to wear a costume with a longer skirt to cover her body.

"It made me think differently about myself," Pressley remembers. "Honestly, I struggled. I felt like I wasn't good enough."

So how did she go from critical to confident? True to form, she just worked harder. "I set one intention each week," Pressley shares. "Maybe it's trying to strengthen my weaker left side. Or I'm going to wear an outfit I love that may have made me feel insecure before. When I accomplish it, I'm excited and ready to move on to the next goal."

Self-love definitely takes time, Pressley cautions, and that's OK. "It's something I still struggle with, something I'm still navigating," she admits.

Pressley is mindful of paying less attention to what others think about her and more toward what she puts out into the world—her dancing, friendships and overall optimism. "I try to be joyful and just live in the present," she says. "When you discover and celebrate what makes you unique, that's when life gets really great."

And life is only getting better for Pressley. When Dance Moms was canceled last year and the pandemic put live dance performances on hold, she pivoted to social media—and found an eager audience. Only a year after starting her TikTok, Pressley's at 6 million followers (and counting).

"There are so many amazing creators online who are using their platforms to show girls how they can love themselves...and I want to do the same," Pressley shares, citing Maddie, Tate McRae and Charli D'Amelio as her go-to inspo. "I want to be that positive force that helps you take those negative people and thoughts out of your life and replace them with self-love, support and genuine happiness." 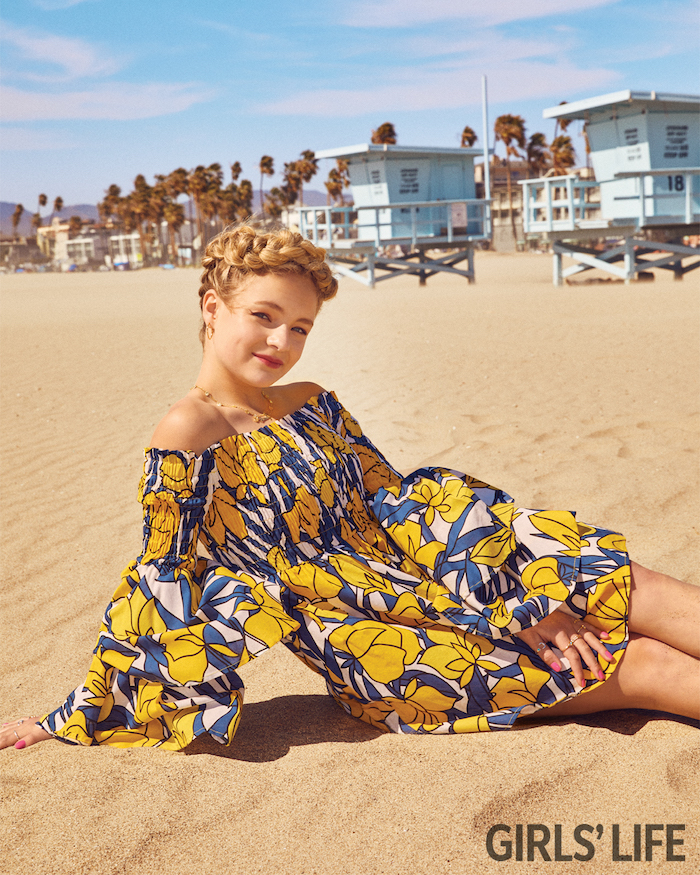 Through her own camera lens, Pressley avoids the harsh editing and forced situations of reality television and is able to let loose. "On social media, I can be silly and show everyone who I truly am. I think that's why my channels have grown."

But her on-screen highlights aren't limited to feeds and FYPs. Last year, Pressley took the acting chops she picked up in dance to her first scripted series: Brat TV's Stage Fright, a whodunit drama set in a high school theater program.

"I played the mean girl, Roxie. She's so self-centered, which really got me out of my comfort zone because I'm not like that at all," Pressley admits. "I'm a huge Gossip Girl fan, so I channeled a lot of Blair Waldorf into my role." 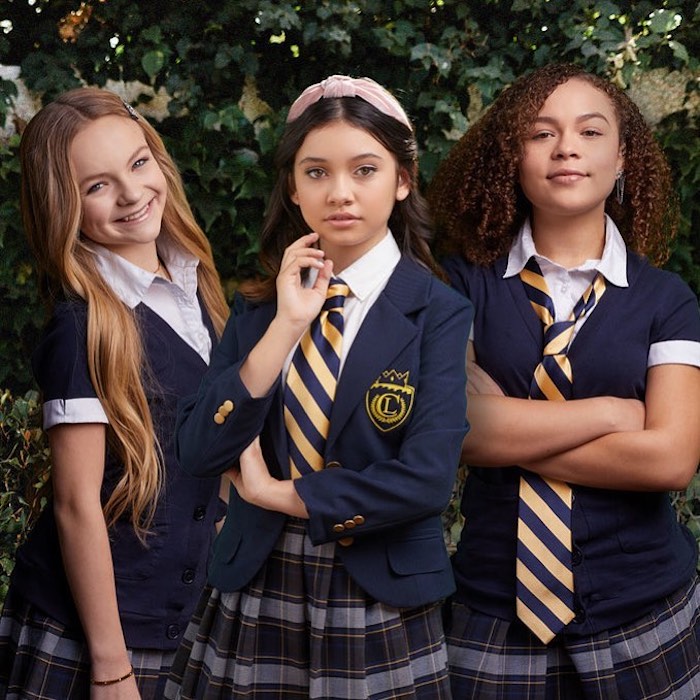 Pressley may not be a mean girl, but she's certainly dealt with them before. And it's why, in a social media world full of crews, collectives and squads, she'd rather stick to just being herself.

"When I went on Dance Moms, I lost all my childhood friends," she says. "Even my BFF at the time kind of stopped talking to me." Even though Pressley felt like the same person, her old friends stopped seeing her that way. "They started to drift away and stopped including me in their jokes and their plans. I didn't understand what I'd done wrong, and it really hurt me."

Eventually, Pressley was forced to move on and find a more supportive squad...but it wasn't easy. "Worrying about why the girls I grew up with didn't want to be my friend anymore was zapping the energy I had to go out there and make new friends and be my best and most comfortable self," she shares.

These days, you can spot Pressley surrounded by the new pals she's mostly made through dance. "I'm finding people who genuinely like and accept me. It's amazing," Pressley shares. "I don't think I would feel so confident in these new relationships if I hadn't spent all that time alone figuring out what I like about myself—my enthusiasm, my sense of humor and how much I throw my heart into everything I do."

And she's doing just that by training six days a week, performing whenever she can (in a full-circle moment, her dancing was just featured in a TikTok compilation of Justin Bieber's "Peaches" video) and keeping her social media content on point (her latest project is "Sweet P TV," an IGTV series where she unboxes her fave fashion finds, reacts to fan edits and more).

Up next, she's stepping into the music scene with her first single coming v. soon. "I love catchy pop songs that you can jam to in the car with the windows down," Pressley shares. "That's the kind of music I want to write and record."

Looking up to pop icons like Ariana Grande, Kelly Clarkson and Selena Gomez, she hopes to create work that will inspire and empower people.

"The best songs make you feel like it's summer every day and you just want to feel free and dance," Pressley says. We can't think of a more perfect vibe.

Hey, girl! Just wanted to let you know that this story originally ran in our June/July 2021 issue. Want more? Read the print mag for free *today* when you click HERE. 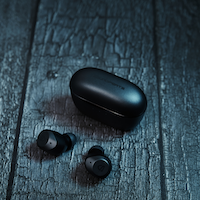 The only way Sour sounds any better? These Soundpeats earbuds. Enter here!