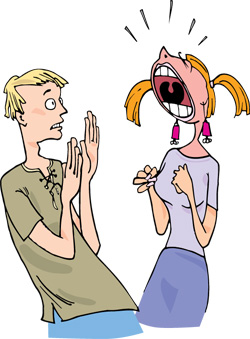 One time I was talking with my friends as the buses boarded at the end of school. One of my guy friends, who's just a little bit...twisted, comes up to me and says "hi". I turn and say "hi" and the next thing I know his foot comes swinging at my shin. It left a giant bruise, which eventually turned into a light scar. When we got on the buses and I asked him what the heck that was for, he told me his friend, someone I find annoying, told him that he'd pay my guy friend 10 bucks to kick me. Then he told me he was upset because he only got five bucks! Not only was I furious about the kick, it was so frustrating that here I have a giant bruise on my shin, and he's upset because he didn't get his 10 bucks. I mean, what was wrong with him?!

Scientific Explorer’s 12 Days of Discovery is 12 days of fun. $20
CLICK HERE TO ENTER