Love seeing Nini, Ricky and the gang shine on center stage in High School Musical: The Musical: The Series? Then you'll love these books *all* about theatrical productions—and the drama that ensues on and offstage. Jump back into the world of dress rehearsals, set design and more with these picks!

Always Never Yours by Emily Wibberley and Austin Siegemund-Broka 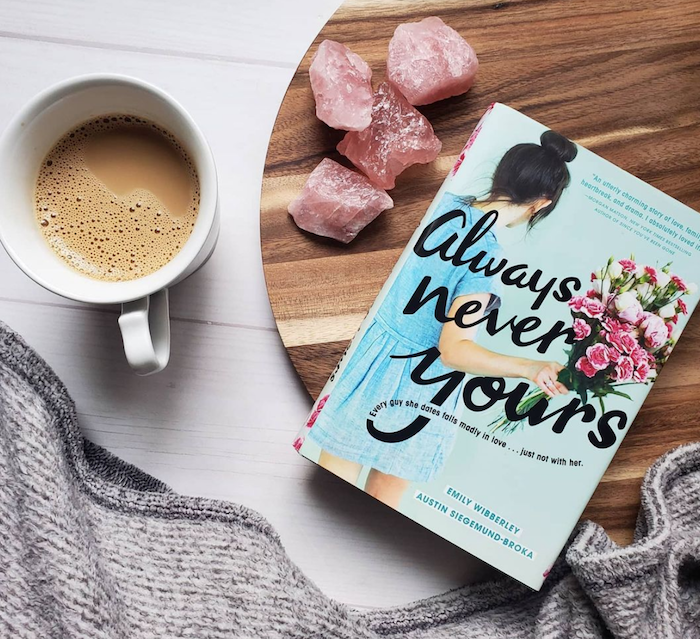 Budding director Megan Harper adores theatre, and would much rather help out behind the scenes than step into the spotlight. But when she's cast as Juliet in her school's production of Romeo and Juliet, Megan thinks she's in over her head. Plus, she does *not* feel like Juliet material—her relationships never end up working out. Will Megan rise to the challenge of playing Shakespeare's most famous leading lady—and maybe find her own real-life Romeo along the way?

What You Always Wanted by Kristin Rae 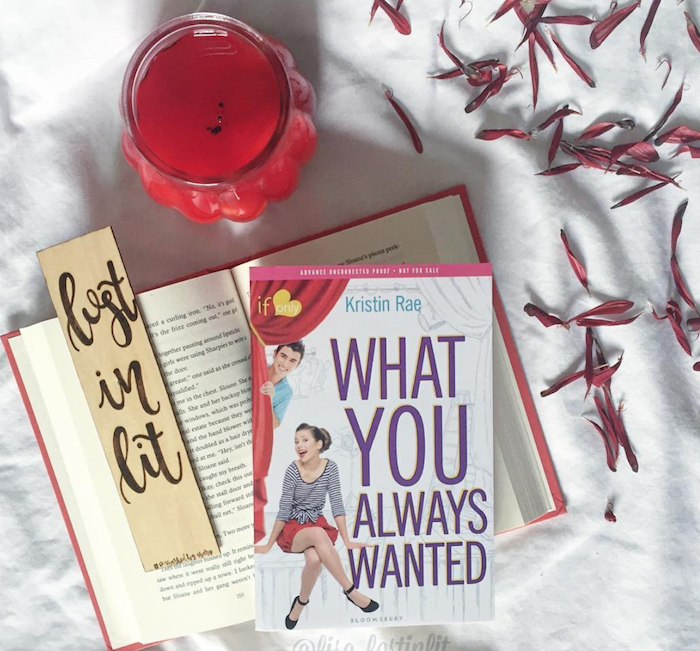 High-schooler Maddie Brooks fangirls over old Hollywood (think: Gene Kelly in Singin' in the Rain) the way other teens swoon over Noah Centineo in To All The Boys I Loved Before. Maddie is totally starstruck when she meets Jesse, an adorable baseball player, but knows that he doesn't measure up to her standards. That's until Maddie learns that Jesse's secretly an *amazing* dancer. As Maddie falls for Jesse and tries to persuade him to dance more, she has to decide whether she can stop comparing him to the celebrities of her dreams and accept him for the sporty sweetie he is. 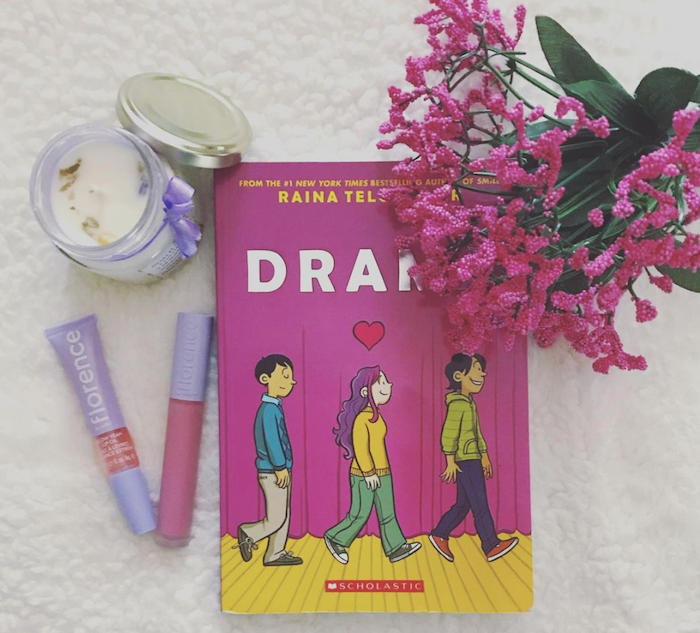 Dive back into the drama-filled world of musical theatre and discover what *really* goes on backstage during a play. Callie is super stoked to take the lead on set designing for her school's performance of Moon Over Mississippi, but becomes part of *way* more than she bargained for as opening night nears. With secret crushes, technical glitches and backstage squabbles, will the show be a smashing success or a discouraging disappointment? 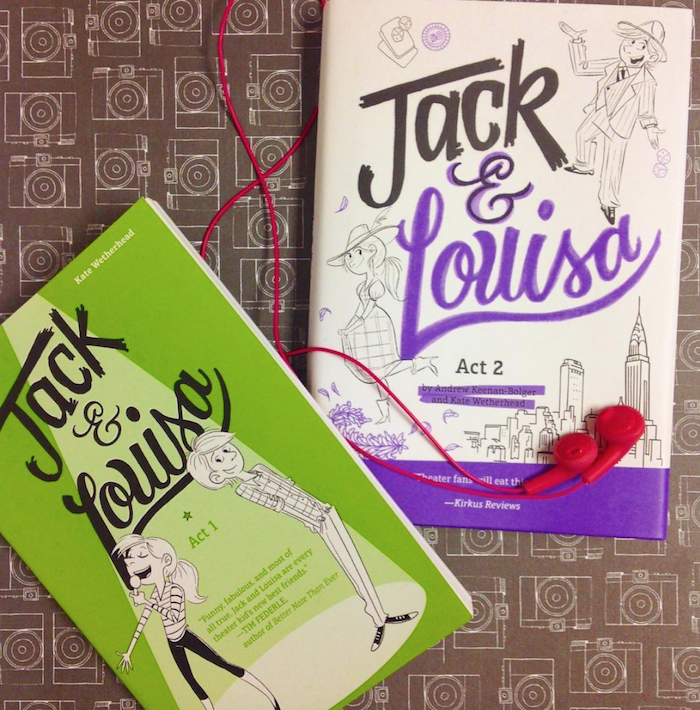 Actually written by veteran Broadway actors, this novel follows the intertwining lives of middle-schoolers Jack and Louisa. After moving to Ohio, twelve-year-old Jack meets Louisa, a girl who loves *all* things theatre. The truth? Jack is a former child actor who's trying to escape from his life onstage. But when there's a chance to audition for a community production of Into the Woods, everything changes. Will Jack and Louisa test their friendship by following their dreams? Or will they stay in the shadows, where they're more comfortable? 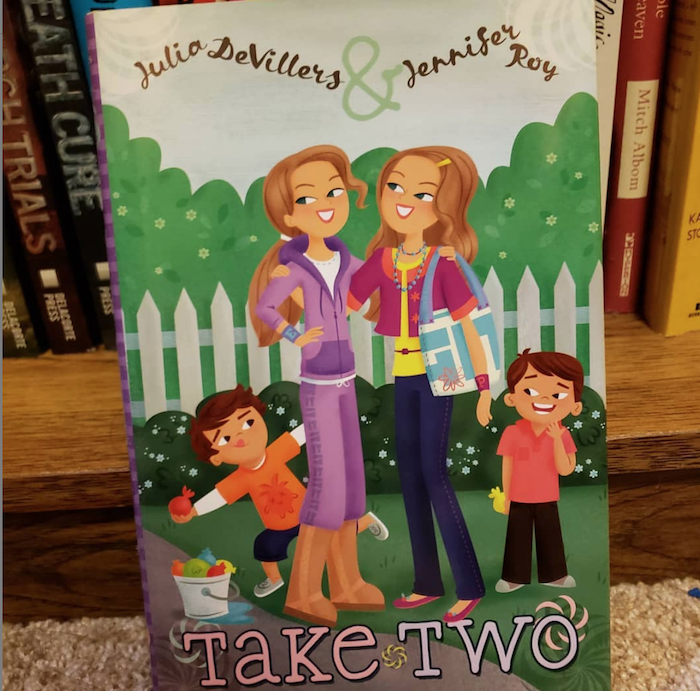 This fun-filled fiction pick centers on twins Payton and Emma Mills as they settle in at their new middle school. Bubbly Payton is particularly excited to audition for their school's production of The Wizard of Oz, while studious Emma shines by solving equations with the Mathletes team. But when the two girls must tackle tutoring two mischievous young boys on top of everything else, will their dreams of stardom—on stage *and* on the math team—fade away? Find out in this sweet and spirited story featuring secret switches, real-life drama queens and more.

Secrets of My Hollywood Life: Broadway Lights by Jen Calonita 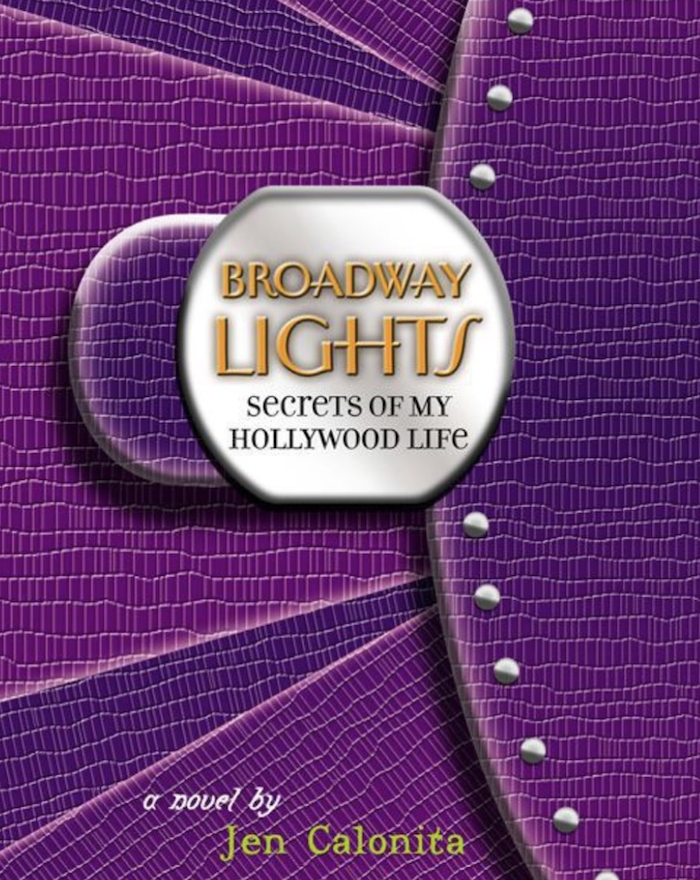 If you've daydreamed about starring on Broadway ever since you were little, you'll fall in love with this book about fictional teen celeb Kaitlin Burke. Coming off of a hit TV show and movie, Kaitlin is stoked for the next step in her career as she moves to NYC to act in a Broadway musical. But singing and dancing every night isn't as simple as it seems. Between balancing responsibilities (hello, Saturday Night Live!) and keeping up with her long-distance relationship, Kaitlin finds herself struggling with brand-new challenges. Fun fact: the author, Jen Calonita, was an entertainment journalist before she began writing teen fiction, and includes *tons* of tidbits about Hollywood life in this book and the other five novels in the series.

Which musical theatre-themed read will you pick up first? Tag us on Insta @girlslifemag and let us know!