5 things we can all learn from Barack Obama's new memoir 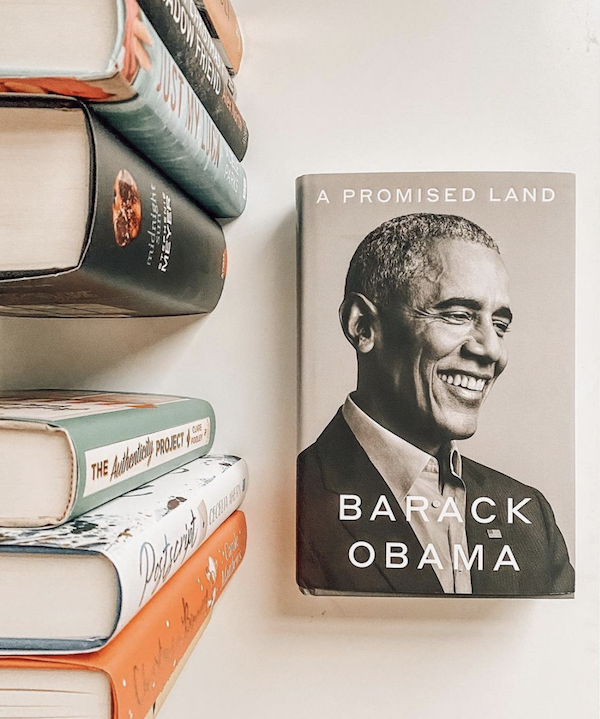 Barack Obama has *finally* released the first volume of his highly anticipated memoir, A Promised Land, which details his role as President of the United States from 2009 to 2011. Obama's 768-page narrative offers readers an introspective glimpse into the former president's personal and professional life, describing the challenges and triumphs associated with being one of the world's most powerful people.

In an excerpt from A Promised Land, Obama states that he wrote the book for young people, as "an invitation to once again remake the world, and to bring about, through hard work, determination, and a big dose of imagination, an America that finally aligns with all that is best in us.” Here, we have compiled some of the most important lessons to take away from A Promised Land.

No one is perfect—not even the former President of the United States. In his memoir, Obama does not shy away from reflecting on his own mistakes and shortcomings as president. He openly acknowledges that he was not a perfect politician by criticizing his inability to pass meaningful immigration reform or rally the nation during the 2010 midterms. By taking responsibility for his limitations, Obama shows that even though *everyone* messes up, you are never too powerful to take responsibility for your actions.

Joe Biden, the current president-elect, served as vice president during Obama's eight-year tenure in office. You've probably seen the iconic photo of Obama making Biden a friendship bracelet, which is a testament to their personal relationship. Obama further described his relationship with Biden in A Promised Land. "I liked the fact that Joe would be more than ready to serve as president if something happened to me — and that it might reassure those who still worried I was too young,” Obama said. “What mattered most, though, was what my gut told me — that Joe was decent, honest, and loyal. I believed that he cared about ordinary people and that when things got tough, I could trust him. I wouldn’t be disappointed.” By recognizing qualities he appreciated in people, Obama chose a running mate that he trusted and respected, leading to eight years of professional cooperation and a lifetime of friendship.

Everyone has difficult days

Obama speaks candidly about the difficulties he faced while serving his first term as president. Obama identified the shooting at Sandy Hook Elementary School as one of the most challenging days of his presidency during a conversation with Oprah Winfrey about A Promised Land. Obama stated that the shooting, which resulted in the deaths of 20 children and six adults, "was not only the saddest day of my presidency, but when Congress failed to do anything in the aftermath of Sandy Hook, that was the angriest I ever was in my presidency."

Did you know that Michelle Obama originally didn't want her husband to run for president? This is another fun tidbit of information that Obama discusses in A Promised Land. "The toll [running for president] takes on families is real," he explained in a 60 Minutes interview about his memoir. "The fact that she put up with it and forgave me was an act of grace that I am grateful for, and I'm not sure I deserved it." Barack Obama's family kept him grounded during his presidency and he cites their unconditional love and support as one of his primary motivators. In his memoir, Obama reveals that the biggest sacrifice he made while serving as president was the time he lost with his daughters during their formative years. "As much as I believed in the importance of what I was doing, I knew I wouldn't ever get that time back, and often found myself questioning the wisdom of the trade," he wrote.

Be optimistic about the future

In his memoir, Obama weighs in on the current state of American affairs. He expresses unrelenting hope for the future of the country whilst acknowledging the uncertainty caused by pressing matters like the coronavirus pandemic, climate change and global terrorism. "What I can say for certain is that I'm not yet ready to abandon the possibility of America—not just for the sake of future generations of Americans but for all of humankind," he wrote in A Promised Land. "We will learn to live together, cooperate with one another, and recognize the dignity of others, or we will perish."

His presidential memoirs will be split into two volumes, the first was released on Nov. 17 and the second will be released in the coming years. The first volume of A Promised Land is available in stores and online nationwide.