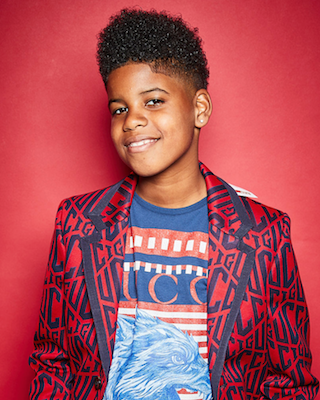 Can you imagine sharing a movie screen with Beyoncé in one of the biggest hits of the summer? Or being the youngest person ever signed to a record label? Incredibly, *both* those things are happening right now to twelve-year-old JD McCrary. He’s the voice of Young Simba in The Lion King, out now in theaters—and he debuted his new EP, "Shine," this spring.

The Atlanta-based sweetie is no stranger to the screen: he kicked off his career at age eight on Disney’s K.C. Undercover (with another legend, Zendaya!) and recently starred in the movie Little alongside Issa Rae. JD owes his singing start to Instagram, after he went viral and captured the attention of major artists including Snoop Dogg, Charlie Puth and Childish Gambino. That notoriety lead to JD scoring the amazing opportunity to perform “Terrified” onstage with Childish Gambino at last year’s Grammy Awards.

The young singer has also been invited to sing The National Anthem for the New York Knicks, Los Angeles Clippers and the 2019 Pro Bowl. Currently, he is the youngest male solo artist to ever be signed by a label; he recently released his first official EP “Shine” with Hollywood Records, which has already been added to Spotify’s New Music Friday playlist and Beats of the Week playlist on Apple Music. Not to mention, McCrary sings two of The Lion King’s most iconic songs in film. Below, JD reflects on his career and describes how taking on the role of Young Simba has changed his life.

Girls’ Life: How did you first get into acting?
J.D. McCrary: I was six years old sitting with my parents, watching something on the Disney Channel, and I said, “I want to do that. I want to be on there.” Then I said, “Can I do that?” My parents looked at each other and said “yes.” And here we are, almost six years later!

GL: What was the audition process like for The Lion King?
JM: I was in Atlanta shooting a TV show and they asked me to send in a tape. Then I got a callback, followed by two more callbacks. Then I flew back to LA and auditioned in the room with the casting directors. Two days later, I got the call that I booked it!

GL: Where were you and how did you react when you found out you were cast?
JM: I was at home with my mom, dad and brother. My mom called me in the other room and had my manager Sherry on the phone, who gave me the news. At first I was in shock, then I screamed with excitement. My mom cried and we prayed together as a family.

GL: Any memorable behind-the-scenes moments you can share?
JM: When Shahadi [Wright Joseph, who plays Young Nala], Mr. Favreau and I got to go into Pride Rock through the VR (virtual reality), that was super cool. It felt like we were really running through Elephant Graveyard and standing on Pride Rock.

GL: Tell us about your new EP, “Shine.” What inspired it?
JM: I named it “Shine” because I just want the gifts God has blessed me with to shine.

GL: What was the production process like for “Shine”?
JM: The process usually starts with me and my dad. We normally come up with a melody and build the song around that.

GL: How does it feel to be the youngest male artist ever signed by a record label?
JM: I feel blessed and thankful. And it’s exciting to be able to say that!

GL: What are your future plans?
JM: Continue to work on my music and film some more movies. I would love to play Miles Morales in a Marvel film, star in my own TV show, win a Grammy and have an exhibit for my art! 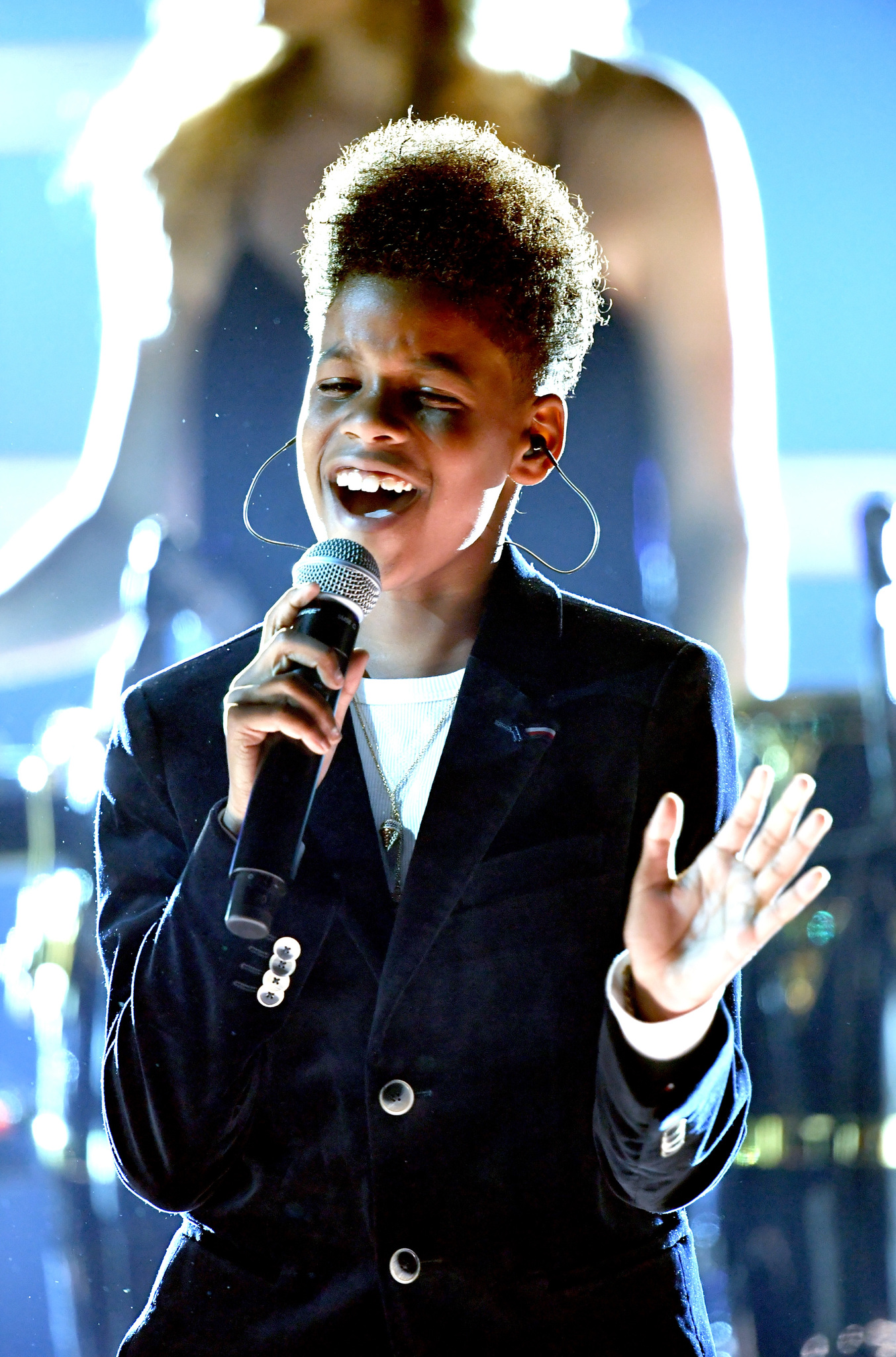 POSTED IN TRENDING, In The News