Today is the very first Muslim Women's Day! Here's how you can celebrate 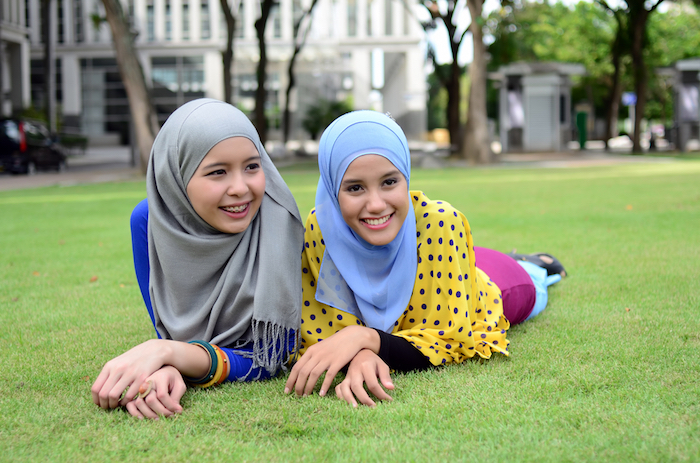 Women's History Month may be coming to a close, but it’s certainly not over yet. With all the hype from the Women’s March and A Day Without a Woman, the convo concerning feminism and women’s rights has skyrocketed to the top of the list when it comes to what people in America and the rest of the world are talking about. These events combined with the debate over President Trump’s travel ban make this a crucial time for Muslim women and girls to be heard. “It’s time to hear from a community that’s often talked about but rarely given the chance to speak,” stated founder and editor of Muslim Girl, Amani Al-Khatahtbeh, and this is the day they will get that chance.

Today, March 27, is the first ever Muslim Women’s Day! MuslimGirl.com, a website written by Muslim women for Muslim girls, is partnering with media publications such as MTV, The Huffington Post, Refinery29 and more in order to “pass the mic” to “real, diverse and fierce Muslim women” so they can share their experiences and ideas and then have their voices elevated in a way that helps them be heard above the noise. The day also serves as a reminder that true feminism involves advocating for *all* women no matter their background, which means the unfair treatment and widespread stigma that Muslim women face is a decidedly feminist issue.

Even if you’re not Muslim you are 100 percent encouraged to participate in celebrating these women and girls who despite discrimination have remained unapologetically themselves and have changed the world in many ways throughout history. Here’s three ways you can get involved:

1. Amplify the voices of Muslim women.
Reblog, RT and spread their posts on social media.

3. Participate in the conversation.
Post your own message of solidarity or celebrate a Muslim women in your life using #MuslimWomensDay.

Is there a Muslim woman in your life that has impacted you?  Tell us about her in the comments below!

Like this? You'll love these...
+Break these 5 habits to be a happier person
+Attention: Meme makeup is a thing now—and it's hilarious
+Have you heard Zayn Malik's new song yet?!

POSTED IN TRENDING, In the News, muslim