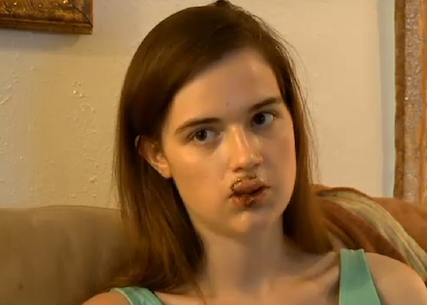 When eighteen-year-old Jessica Byrnes-Laird and her boyfriend stopped by a convenience store after a day of swimming, they though it would only take a few minutes. But when Jessica decided to wait in the car, and three men took the opportunity to harrass her, things took a turn for the worse.

When Jessica's boyfriend, Jared Pelletier, came out of the store and saw the men making inappropriate sexual comments at Jessica, who was still wearing her bathing suit, it didn't take long for a fight to start. And though Jared managed to get past them and into the car okay, Jessica wasn't so lucky. She told NBC 6 that when they tried to drive away, one of the three men threw a brass rod through the passenger side window—and it hit her right in the mouth. 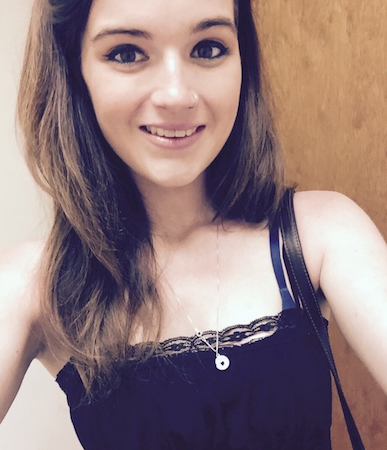 According to NBC 6 and The Huffington Post, not only did the rod tear her top lip and leave a gash in her bottom lip, it also knocked out ten of her teeth while damaging two others, making it hard for Jessica to eat or talk and requiring reconstructive surgery. Though the police are looking for her attackers, Jessica considers herself most lucky to have her community standing by her. They've even started a collection to help her pay the medical bills associated with her attack. 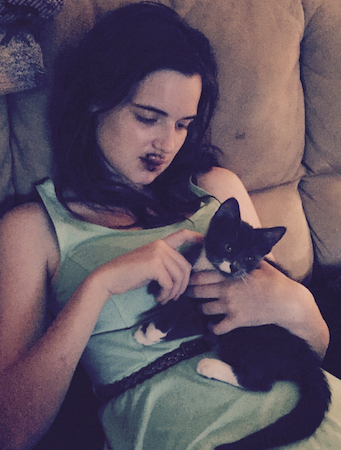 Want to know how you can help? Donate to the GoFundMe account set up in Jessica's honor, or simply take a stance in your own community. By letting everyone know that a bathing suit (or any outfit) isn't an invitation for harrassment, and that a rejection never calls for retribution, we can help stop incidents like this from happening. Make sure your friends, family and acquaintances understand that violence is never the answer—and that it's never okay to cat-call or make other unwanted, inappropriate comments, no matter whether or not they mean it as a compliment.

What can you do to help make your community safer for girls?

POSTED IN safety, In the News, charity