This just in: You can now go shopping through Facebook 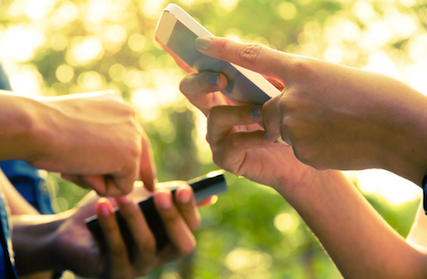 It's already easy to spend way too much time on Facebook checking in with your friends, posting pictures and reading the articles people share on their walls, but it's about to get even easier. Once Facebook finishes rolling out its newest feature, you won't even have to change sites to online shop at your favorite stores. And as much as we don't need any more reasons to stay on our phones and computer, we're also pretty excited about it.

Facebook has recently announced that they are working on integrating mini-stores into Facebook Pages. They are giving companies the chance to bring their store to the site in easy to use ways: Stores' pages will now have a "shop" sections where users can browse products and a "buy" button where you can purchase those trendy overalls you've been eyeing. Though some shops are still in the testing phase, others have already rolled out the new feature and are buy button ready.

This isn't the first site to introduce shops to their apps, either. Twitter and Pinterest both have similar features, and Google's also just added a buy button to their pages. And though the Facebook feature is still in the planning stages, it's sure to be a hit. Right now, only a handful of stores are testing the feature, but BuzzFeed reports that they plan to expand soon. Have you spotted any Facebook stores yet?

Once these shops are given the green light they will be set up to be easily accessed depending on what device you are using. Using your cell, these shops will be displayed right underneath the standard toolbar and the “about” section for the company. While using a computer, there will be tabs on the side. Check out this handy mockup from BuzzFeed to get an idea of what the feature might look like—and cross your fingers that your favorite stores will be included soon. 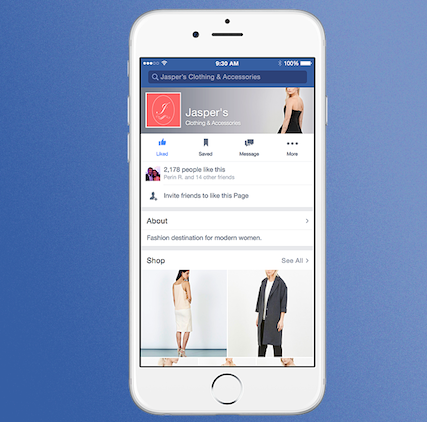 Would you use a feature like this? What do you think about being able to shop through Facebook? Let us know in the comments below.