This 13-year-old could be the first person on Mars 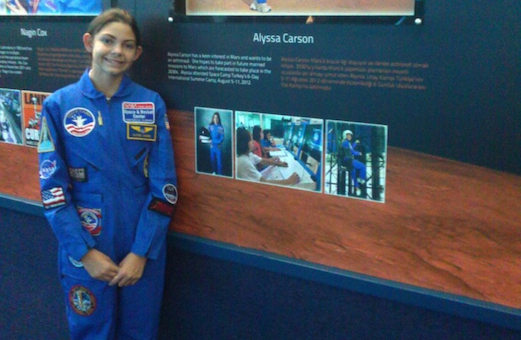 Yep, you read it right. Alyssa Carson, a 13-year-old from Baton Rouge, Louisiana, is already prepping her future with NASA to become an astronaut. And as if that’s not enough of a "wow factor" for you, her life goal is to be the first to set foot on Mars (talk about some serious ambition), you go girl!

Carson has spent the last few years proving her dedication and has clocked in visits to all NASA visitor centers across the United States (all nine of them to be exact). Plus, she's already attended all three NASA youth camps and had the chance to dine with real-life astronauts during her visits (we're not kidding): 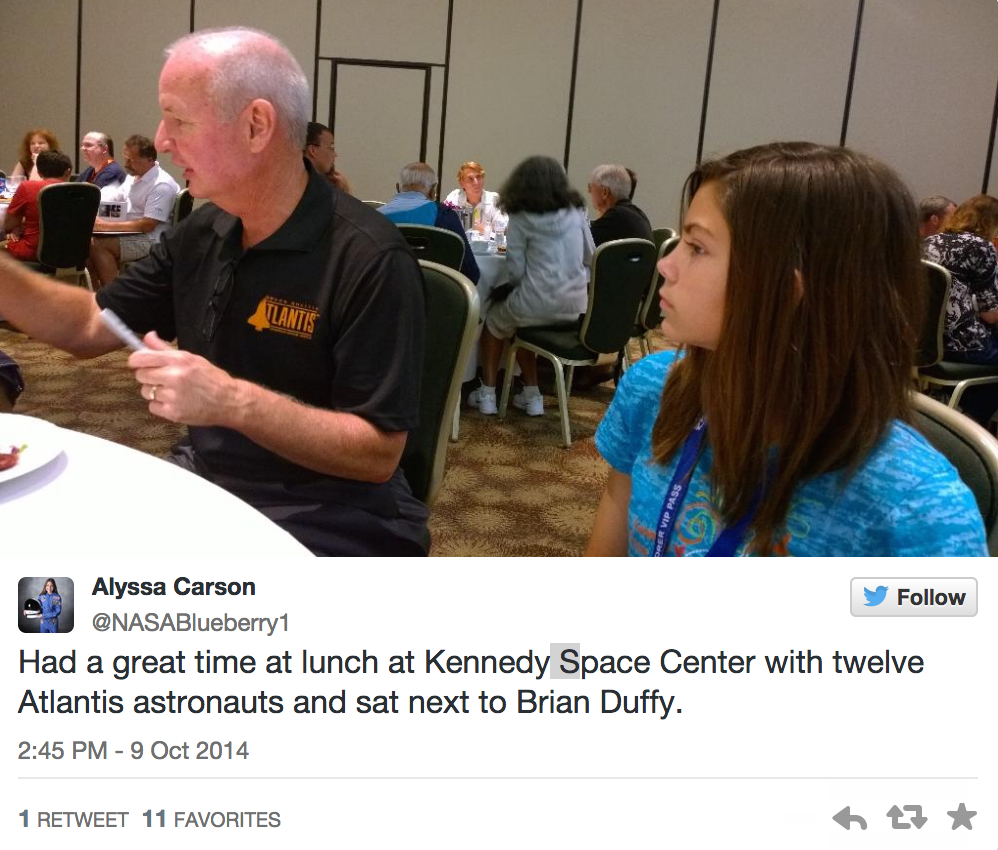 Aside from hangin' with Kennedy Space Center peeps on the reg, Alyssa already has her own website (nasablueberry.com), where she reveals her multilingual abilites: "I speak Spanish, French, Chinese and English and some Turkish from Space Camp Turkey."

On her website, she shares: "This could possibly be our next Earth. Just think about all the things that are in space. For example: planets we have never explored, galaxies that we have never heard of, stars that are just babies, black holes that are as wide as the sun to Pluto multiple times and has the mass of a billion suns, parts of the universe that we have never seen. Just think of all that stuff just floating around. It's more than you can imagine. I AM THE MARS GENERATION."

Maybe she’s got a long long way to go, but this chica has a great head start to a bright future ...keep at it, Alyssa!

What are your dreams and goals? Share with us in the comments below.

POSTED IN In the News, travel