What's it take to be an amazing actress, author, fashion designer and GF? As it turns out, a lot of love. Bailee Madison gushes over he new thriller flick, debut novel, clothing collection and her adorbs BF, Alex. 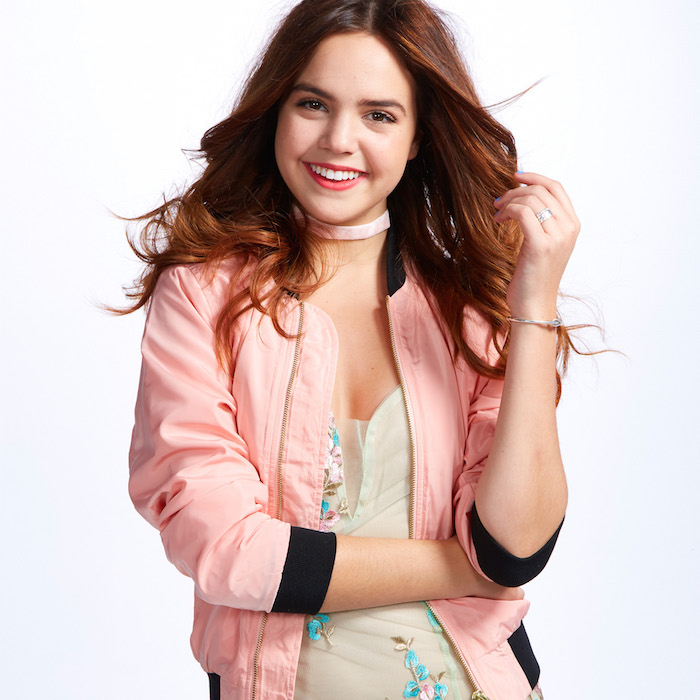 Bailee Madison has major heart-eyes. How do we know? Her boyfriend, YouTuber Alex Lange, just swapped the California sunshine for the chill of Canada to visit during a rare break in her busy filming schedule. Somehow or another, the longtime couple have found themselves at the Gucci store in Toronto in search of the perfect pair of promise rings.

“It’s kind of my splurge of the year, but now whenever I’m away, it’s like he’s still with me,” Bailee says, toying with the shiny new silver band on her left hand. (Can you spot it in these photos?)

In case you’re wondering, the 18-year-old actress and Alex—who have been dating for a year and a half—are this level of adorable at all times (something they proved the moment they stepped foot in today’s studio, ring-clad hand in ring-clad hand).

On set, Bailee serenaded Alex, 17, with lip-synch renditions of Taylor Swift’s greatest hits while he cheered her on with cute quips like, “You look gorgeous, babe!” The most swoon-worthy moment came when, after spending all day stunning solo in spring’s sweetest styles, B invited her guy to step into the frame for a few shots.

Alex will be the first to tell you he’s Bailee’s biggest fan—and the feeling is mutual. “I’ve been watching her movies since I was like 5 years old,” he admits. “For our one-month anniversary, I framed a photo of her from a movie she made when she was a little kid, Bridge to Terabithia, and gave it to her as a joke. It was my phone background for a while, too.”

Sitting down for a little girl talk, Alex has barely exited the room when Bailee starts gushing about him. “It’s exhausting to love someone so much,” she says, smiling from ear to ear. “It hurts my heart.”

She’s likely equally exhausted by the other aspects of her charmed life, then. Right now, Bailee is working on the fourth season of Hallmark Channel’s Good Witch, where she plays Grace, the only daughter of...well, a good witch.

She’s also opening up her heart to a few firsts this year: designing a new clothing line at Macy’s (her Nowadays collection just hit stores), writing her debut novel (Losing Brave is out now) and even a starring role in a horror flick (The Strangers: Prey at Night just dropped in March, and is her most intense film yet). Add to that her dedication to working with charities like Alex’s Lemonade Stand and fitting in time for her family, and you wonder how she does it all.

Bailee may lead a nonstop life (“I’m always on a plane, never really in one place for long,” she says) but, as we found out, she’s loving every minute... 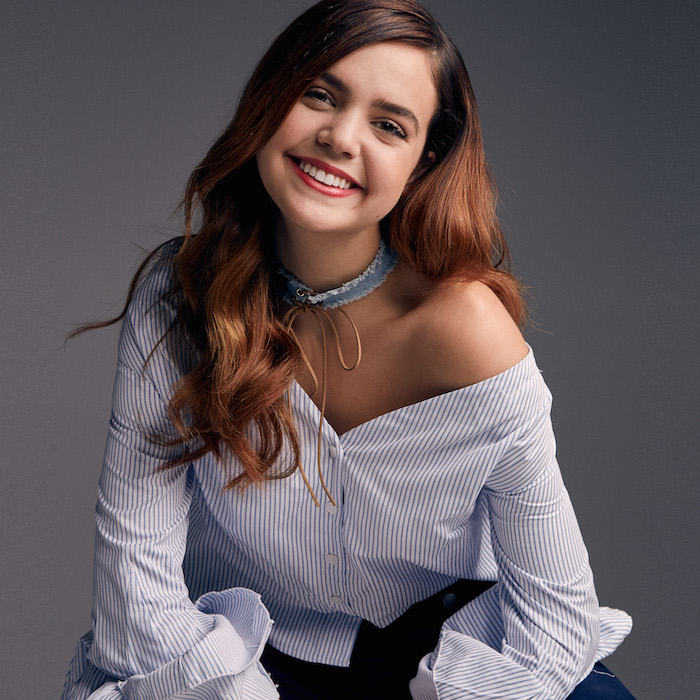 Bailee was bitten by the acting bug early on: She snagged her first movie role when she was just 5 years old. The Bridge to Terabithia gig came next, followed by a bunch of movie and TV parts—including a guest spot on Wizards of Waverly Place.

Fast forward to 2018 and Bailee continues to be enamored by the thrill of her craft. And lately, it’s been super thrilling: in The Strangers: Prey at Night, Bailee plays the teen daughter in a family that’s stalked by three masked psychopaths in a secluded trailer park.

Sure, it’s a far cry from the Disney Channel, but Bailee is totally up for the challenge of taking on different—and difficult—roles.

“It’s so exciting to be able to dive into these situations I would never personally be a part of and just put myself out there,” she says.

Bailee’s also been spending time behind the camera: She recently produced her first film, A Cowgirl’s Story, and she also starred in it alongside her friend, dancer and actress Chloe Lukasiak. Turns out, she loves that challenge, too.

“Once, I pulled Chloe and Froy [Gutierrez] aside and told them, ‘You guys need to just scream at each other for five minutes and do whatever you need to do to get angry. Then, take those feelings and put them into this scene.’ And they were totally game!”

With dreams to direct, Bailee says she’s still learning at every turn—and she wouldn’t change it for the world. “I’m discovering that I don’t have to take every script that comes my way. Not every project is a perfect fit for me and that’s OK.” 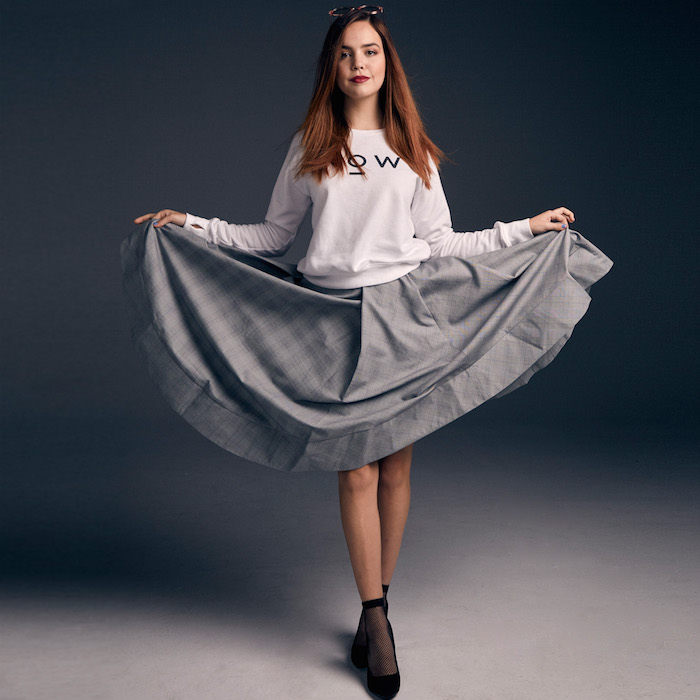 Go shopping with Bailee and you’ll wind up at Levi’s scoping out jeans, at Aritzia in search of the next must-have trend and even at vintage stores looking for a piece to upcycle. When it comes to her personal style, Bailee is all about mixing and matching looks to create the perfect package.

It’s this vibe that influenced her brand new clothing collection, Nowadays, a fashion- forward, eclectic line featuring military prints, florals and pretty pastels on dresses, pants, jackets, tanks and more. While designing the line, Bailee says she thought about not only how the clothes look, but the memories you can make while wearing them.

“The fact that I can design a piece of clothing that can tell a story or hold a memory—like, ‘This is the jacket I wore when I realized I loved my boyfriend,’” she imagines, pausing to consider the significance of it all, “is really rewarding.”

As of late, Bailee—who’s always snapped looking stunningly glam—has taken a more laid-back approach to style. Instead of going all out, she’s rocking the dressed-down look. Her inspo? Alex.

“He’s really made me embrace my casual side and feel even more comfortable with myself,” she says. “I feel good whether I’m wearing his hoodie with leggings and sneakers or a dress and heels.” 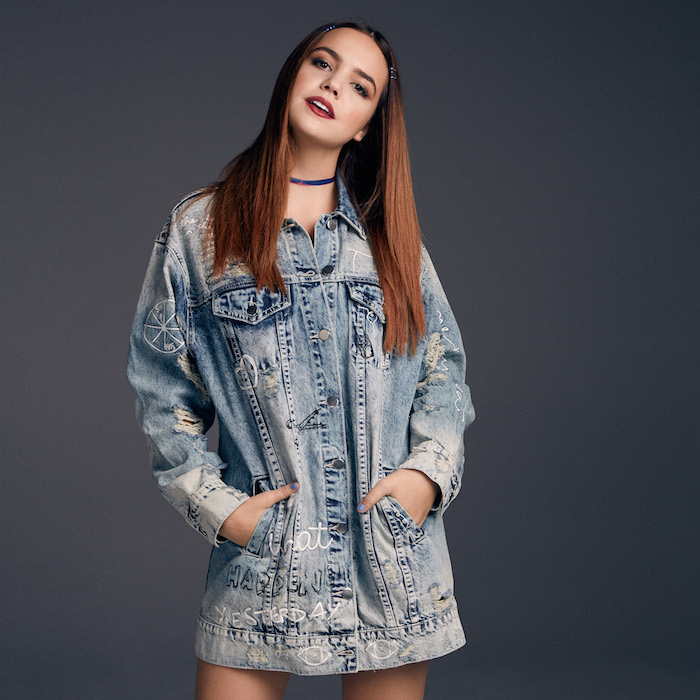 Somehow, in between learning lines and sketching skirts, Bailee also found time to pursue a new love: writing YA fiction.

When she wasn’t shooting scenes for Good Witch, Bailee turned her trailer into a writing studio to craft Losing Brave. It took numerous Skype sessions and lengthy phone calls with her co-author, Stefne Miller, for the two creatives to spin the story about a teen girl who must find herself after losing her twin sister.

Every bit smart as she is stylish and sweet, Bailee wrote the book with the hope of adapting it into a movie—making sure each character, scene and detail could transfer effortlessly from page to screen.

It wasn’t always smooth sailing, though. At some points, she questioned her ability to become an author at all.

“When you write, you have to figure out how you stay true to your book while you’re constantly changing things, trying to make it the best it can be. I doubted myself a lot."

The upside of her self-doubt? The writing process let Bailee step out of her comfort zone. “I was able to create the words myself, instead of just reading them in scripts,” she shares. 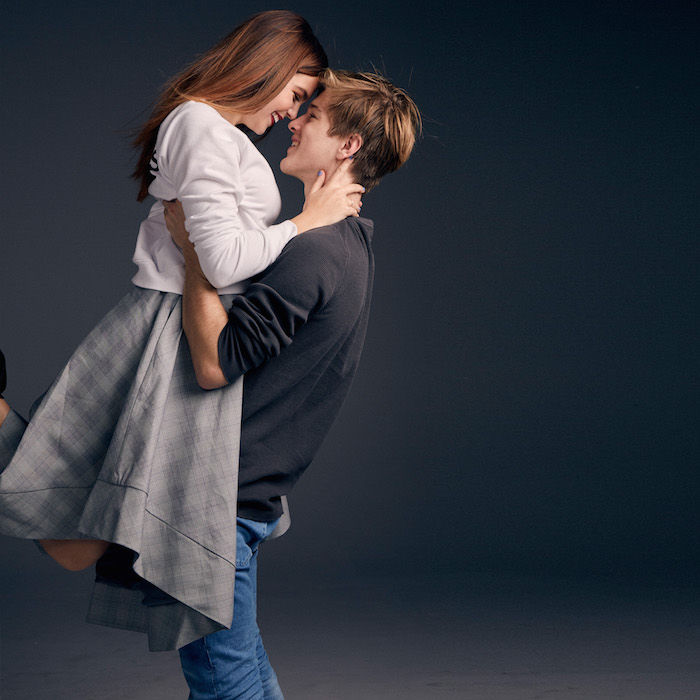 When Bailee met Alex at a boutique opening just a few weeks before Christmas 2015, it was pretty much love at first sight. “He walked in and caught my eye...and I turned to my two girlfriends, like, ‘I’m sorry, but who is that?!’"

The pair didn’t actually get to know each other until later, when one of Bailee’s friends introduced them via text.

And even though they hit it off instantly, Bailee wasn’t sure if the chats would lead to anything more than just friendship. So she made a move.

“I needed to learn how to play volleyball for a role and he’s a wonderful volleyball player, so that’s the excuse I used to reach out,” Bailee explains. “I mean, I was getting lessons from a professional, but...”

Since then, it’s been 18 romantic months of dates at Disneyland, winter holidays in London, long FaceTime chats, cute Instas and the simple understanding that it really is about the quality of the time you spend together—not the quantity.

“Wait for your Alex,” Bailee says to all the #singleladies out there. “It’s so worth it when the right person comes along.”

A version of this story appeared in the February/March issue of Girls' Life magazine.