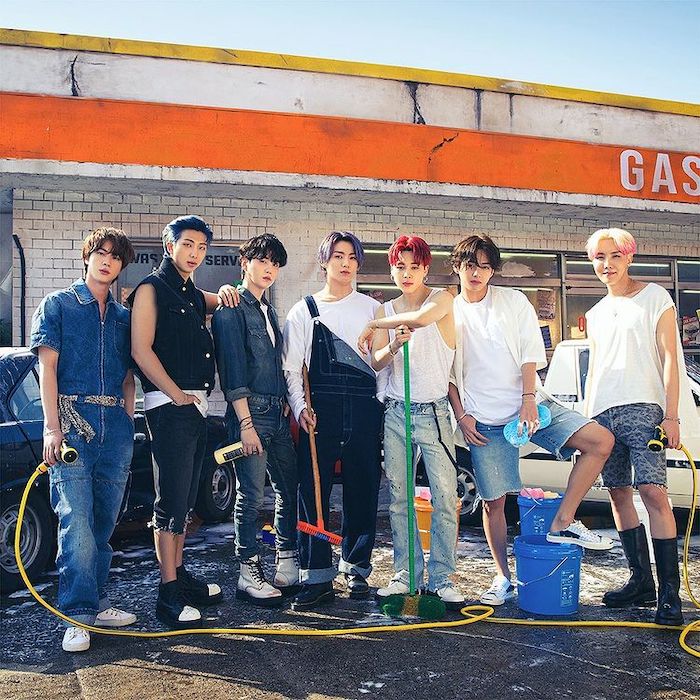 Stumped on what to do with your crew this weekend? Not only do the BTS music videos give superb style inspo and the best Insta captions, but they offer amazing ideas for fun and creative things to do with friends. Everyone has a favorite Bangtan era that gives them all the feels (with a discography of no-skip albums, there are truly no wrong answers!). Based on whether you're obsessed with the HYYH trilogy or "Life Goes On," we've got the itinerary for your next hangout covered. 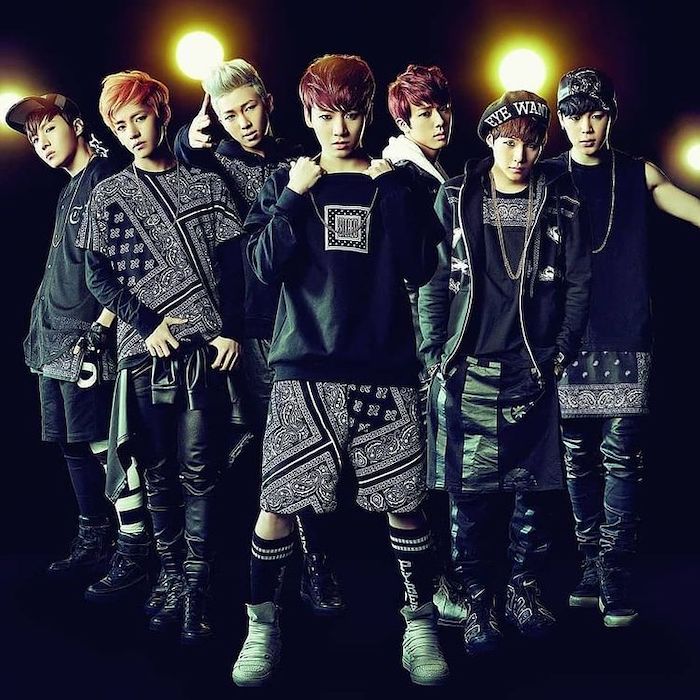 Make vision boards. Grab your old magazines and cut out your fave quotes and images that represent your future goals and dreams. Pile on the stickers, movie stubs and gift tags for some extra pizzazz.

Goofy games. If you've ever watched BTS's variety show, Run BTS, then you know how competitive the members can be over snack prizes. Take a trip down memory lane with the games you used to play at recess like four square or Scattergories. Bring the contest to the next level by recreating the games the group has played in the past such as "shouting in silence."

Take a risk. Comfort zones are meant to be broken. While the boys push the boundaries in the "Danger" vid by dancing around burning shopping carts, get your adrenaline pumping by taste-testing a dish no one has ever tried or putting your phones on Do Not Disturb for two hours. 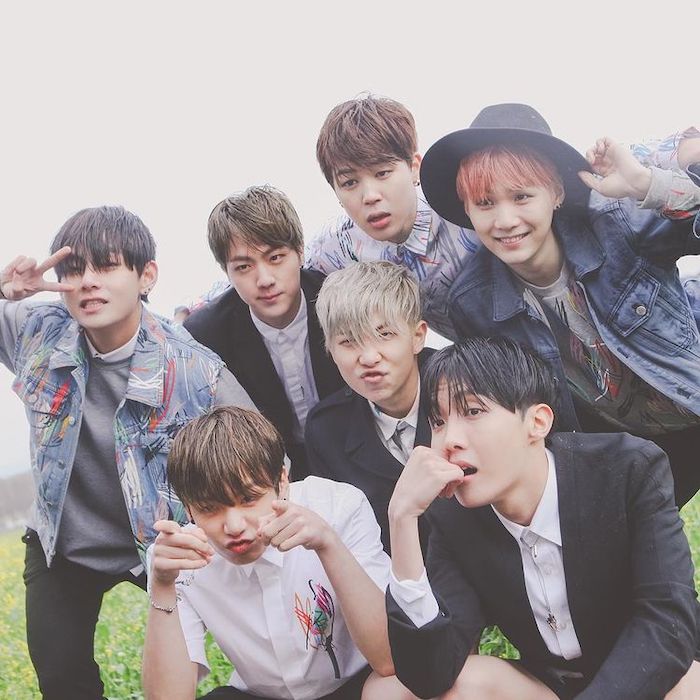 Put together an outdoor photoshoot. The HYYH era's concept photos bring to life the idea of creating a heavenly paradise on earth. Lie peacefully in the grass for the dreamiest backdrop or pose under blossoming trees for some serious cottagecore energy.

Make mixtapes/playlists for each other. You know that cassette tape Suga holds at the beginning of the "Fire" music video? Take some inspo from the rapper and curate your own fire playlists for your friends. (The more oddly specific, the better!)

Get cooking. Who knew that watching Mr. Worldwide Handsome eat for half an hour in his "Eat Jin" mukbang series would bring so much comfort? Find that Pinterest recipe you've been dying to try and make a meal worthy of Jin's stamp of approval. 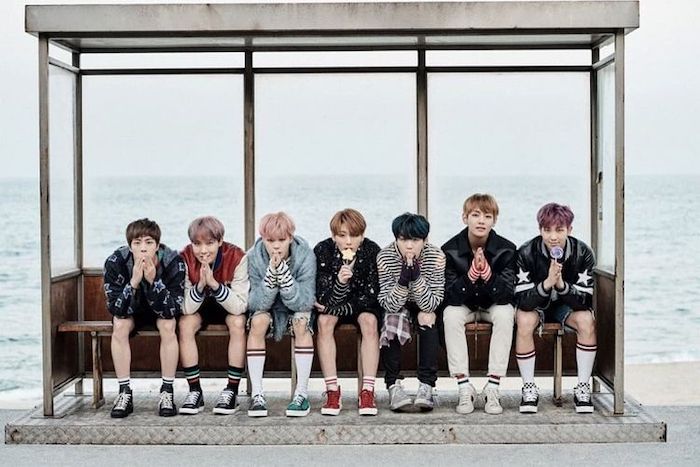 Go to an art museum. We won't deny that each of the 7 members is a work of art, but so are the Michelangelo statues and Greco-Roman paintings in the "Blood Sweat & Tears" music video. Admire canvases and sculptures of your choice, and feel free to come up with your own stories behind each one.

Have a beach day. The beach isn't only for the summer. If you live near the shore, enjoy building sand and snow castles or seek hidden treasures with a scavenger hunt. And if you're miles away from any waves, check out our beachy DIYs HERE to bring the beach to you.

Balloon wishes. Write down your hopes and goals for the coming year on a balloon. After a heart-to-heart of sharing your future dreams with each other, tie the balloons together to symbolize your group's unbreakable support system. 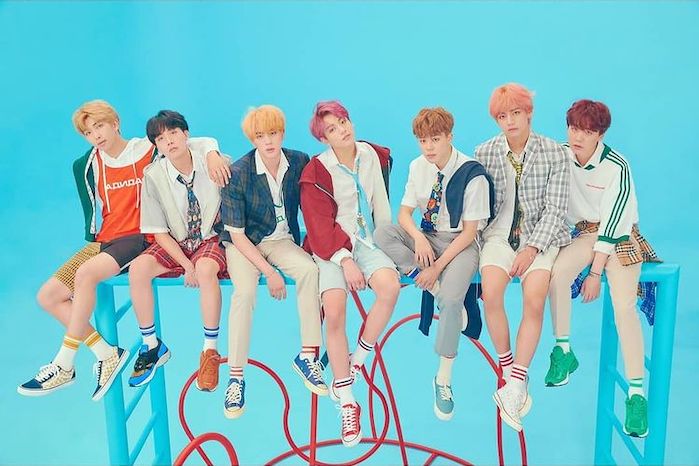 Self-care with a spa day. Show your squad some love with face masks or DIY your own bath bombs together. Put on a chill BTS playlist in the background for a total stress-free night.

Buzzfeed quiz party. To celebrate the "DNA" of your friend group, find out which chicken wing flavor or Legally Blonde character matches each of your pals' personalities in real time. For scientific purposes, ofc.

Create a time capsule. The Love Yourself trilogy weaves together a coming-of-age story about loving yourself for who you are. Put together a keepsake package representing your present selves that you can look back on in the future. We expect you to go full-on To All the Boys with items like sentimental friendship bracelets and concert tickets.

Map of the Soul

Organize a PowerPoint night. What better way to learn the map of your BFF's soul than their 28-slide ranking of every song on Red (Taylor's Version)? Get comfy with fuzzy blankets and a bag of Sour Patch Kids while listening to your bestie analyze which Bangtan boy each member of your crew is most like.

Host a movie marathon. The "On" music video is a cinematic masterpiece itself, but you'll also find clever references to other movies. Relive Thomas's journey beyond the wall in The Maze Runner and prepare to have your heart melted by baby Simba in The Lion King.

Watch the sunset. The only thing more romantic than a "Boy With Luv" is a beautiful sunset. Show your friends your affection by ending the day with them. Lace up your hiking boots and get a front-row seat to nature's best show on the peak of a local mountain or chill in the backyard. 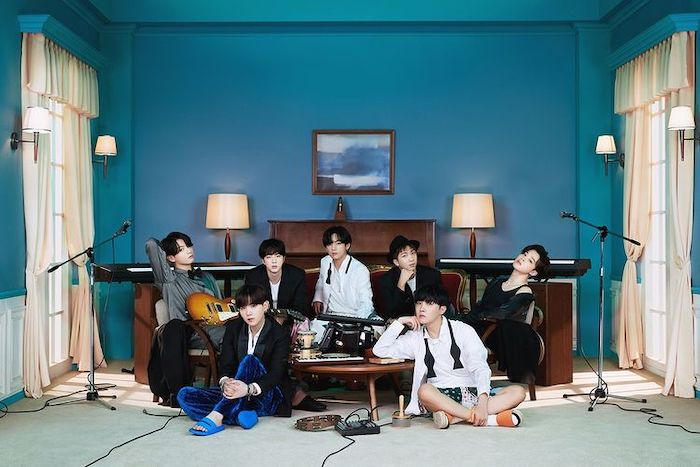 Plan a pajama party. "Life Goes On" is the epitome of nostalgia, and what better way to reminisce on the good ol' days than having a pillow fight in your matching pajama set?

Look through each other's old photos. We're talking about the earliest photos in your phone galleries or physical photo albums (if you have them). Whether you and your besties have known each other since before you could walk or you bonded recently, there's something special about retelling your fave childhood mems together.

Hit the arcade. If you're into K-pop, you've probably heard the whole industry chant, "We're not a team—this is a competition." Whoever gets the highest Dance Dance Revolution score or wins your air hockey tournament gets to pick where to go for dinner. 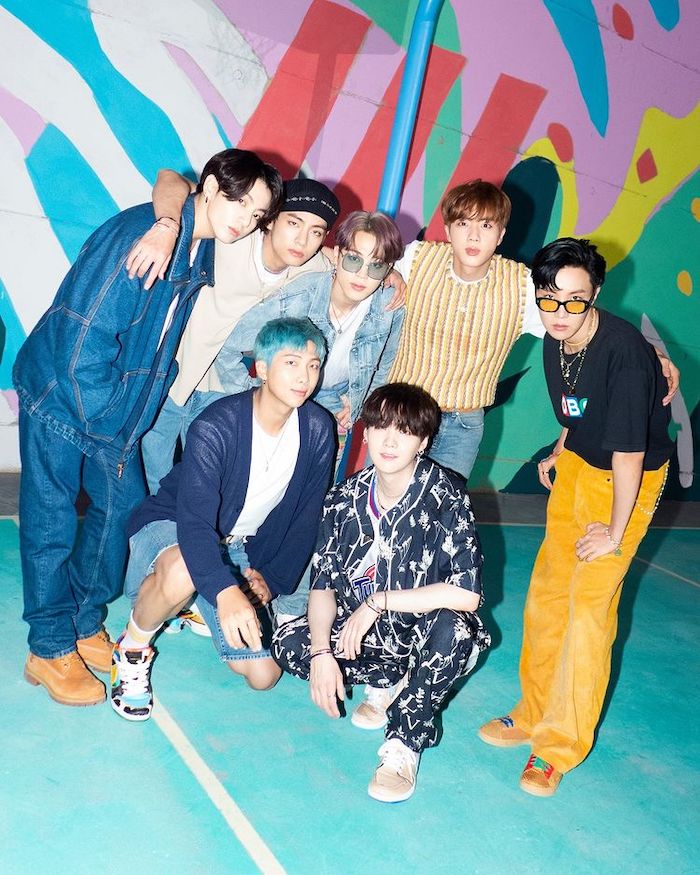 Brunch at the diner. Nothing says retro like a cute, classic diner. "Side step right-left" to the nearest vintage restaurant for sunny-side-up eggs and old-fashioned pancakes. Don't forget the butter!

Get active. Film your own "Permission to Dance" challenge or hit the court for a friendly game of 3x3. It's impossible not to get up and dance to the upbeat music videos from this era, so have fun channeling your energy toward choreography, spin class or ultimate frisbee.

Go thrifting. If there is one word to describe this trilogy's aesthetic, it would be "colorful." Hunt the racks to recreate the disco vibe from the "Dynamite" music video or select each other's outfits for a style swap.

In love with the Bangtan members' style? Click HERE to see 7 adorable retro outfits inspired by the "Dynamite" music video!