These girls are what we call an iconic duo. 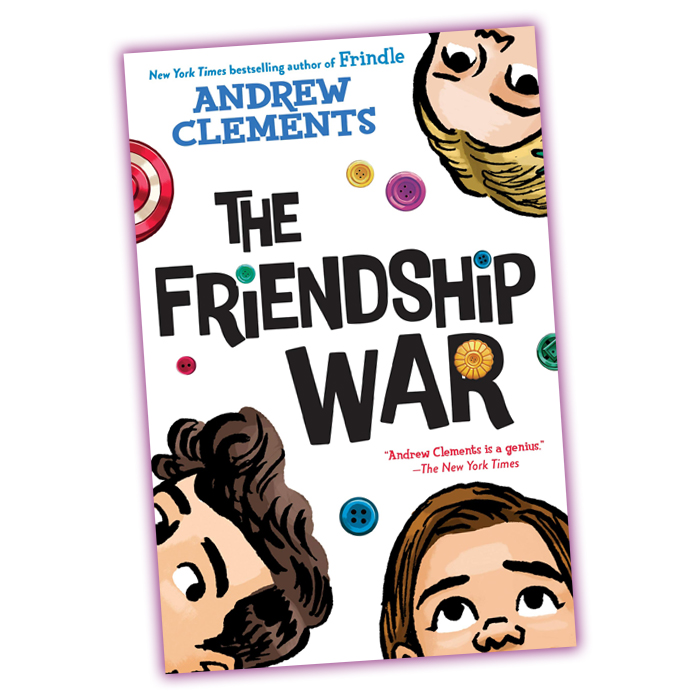 Sixth graders Grace and Ellie have been best friends since the second grade. Well, they were—until a new fabulous fad that Grace accidentally started tore them apart.

In The Friendship War by Andrew Clements (out now!), everything changes when Grace takes a trip to Boston to visit her grandfather over the summer. It's there where she unearths a *ton* of buttons (like, thousands). She brings a bunch to class and, not long after, the entire school becomes inexplicably obsessed. There's button bartering and button trading...and even a fair bit of button bickering. Unfortunately, longtime friends Grace and Ellie are not exempt from any of it—especially not the latter.

The issue? Ellie's accustomed to being the center of attention and always having Grace around as her sidekick. But with Grace suddenly center stage, Ellie gets jealous (been there!). And when a button trade between the girls and another classmate gets a little heated, Grace and Ellie push their friendship to the brink of breaking.

Despite all their conflict, there's an underlying current of enormous care and love between the two girls. And honestly? It's inspiring. Read on for all the times Grace and Ellie proved they're the best besties ever.

1. When they almost stopped being friends
OK, it might seem strange that the first item on the G & E highlight reel list is an argument, but it's the *most* important thing on here—trust. Why? Because all friends fight. Butting heads with someone is a normal (and healthy!) part of any relationship. But the most important part of any fight? What happens after.

When Grace and Ellie waged a war over a gorg and unique pinwheel button, they felt remorse right away for acting the way they did. Both knew they didn't want to lose one another—especially not over a button—even though they may not have realized it in the moment.

2. When they had "bestie brain"
Bestie brain is a term we're coining right here and now. What does it mean? It's simple: Bestie brain is when you're thinking about your BFF when they're not around. And Ellie definitely had it!

Even when the girls weren't really on speaking terms, they were still on each other's minds. Case in point? Ellie spent an amaze Saturday with her button-loving friend Hank organizing and researching buttons. Even though Grace had a great time, she couldn't stop her mind from wandering to Ellie and what she might be doing.

If this proves anything, it's that the phrase "Out of sight, out of mind" does not always ring true—especially not when you're these two best babes.

3. When they realized what's important
If we learn anything about Ellie throughout The Friendship War (other than that she has great taste in Parisian sneakers...), it's that she's quite stubborn. But even more important? We discover that, despite this, she's able to own up to mistakes.

When Grace asks Ellie into the library to talk about their huge war, it doesn't take much for Ellie to realize that she hasn't been a great friend. "I did break the pinwheel, and then I sent it back with that note," she admitted of her vengeful move after Grace attempted to make up. "Which was super mean of me."

Making mistakes is a part of life. Luckily, this particular mistake made the girls realize they're better together.

4. When they decided to just be honest
After years of Ellie always hosting Grace at her house so that she could be as bossy as she pleased, Grace finally got the chance to have Ellie over her's again. And, in a weird way, it actually make their friendship stronger and more honest.

"I had started to clean things up when I got home after school today, but then I stopped. Because I wanted my room to look the way it is, not the way I imagined Ellie would like it to look." The lesson? Grace came to the realization that friends should like you for who you are, and that is *so* important.

5. When Ellie defended Grace
No spoilers, but at one point, Grace decided to try to end the button fad at her school with one very drastic, potentially property-damaging move. Instead of letting Grace take the fall, Ellie stepped in to defend her. After all, isn't that what best friends are for?

The Friendship War by Andrew Clements is available online HERE from Random House Children's Books and at bookstores everywhere. 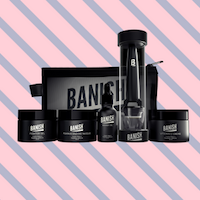