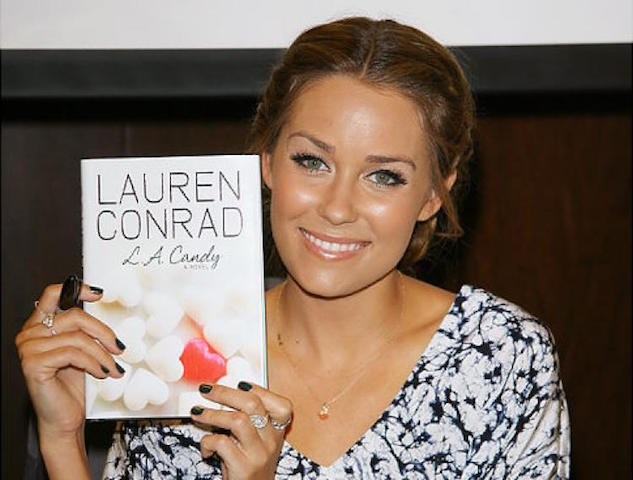 When they aren't in front of the camera, these five actresses are writing fiction and poetry behind the scenes! Here is a list of five suriprising actresses-turned-authors.

You may know her best as Ellie in the Ice Age movies, but Queen Latifah also wrote the empowering children’s book Queen of the Scene which is about a young girl who an incredible basketball player. She dominates both on and off the court, proving that girls can do anything boys can do.

Lauren, aka Lorelai Gilmore, actually went to Barnard College and earned a degree in English Literature before pursuing a career in acting. Her first novel, Someday, Someday, Maybe, was released in 2013 and was inspired by her own experiences, namely her trying to become an actress after she moved back to New York City in the early 90s.

Since her Sisterhood of the Traveling Pants days, Amber has become a successful poet, publishing three books of poetry, and has created a collective for poets called Write Now Poetry Society which combines poetry and art installations for a unique creative experience.

After leaving the drama-filled MTV show The Hills, Lauren has since focused more on her fashion and writing career. She wrote the best-selling novel L.A. Candy in 2009 and its two sequels, Sweet Little Lies and Sugar and Spice, all loosely based on her life in L.A. After completing the series, she published several other fashion and beauty books.

Were you surprised by this list? Are there any actresses-turned-authors that we missed? Let us know in the comments below!