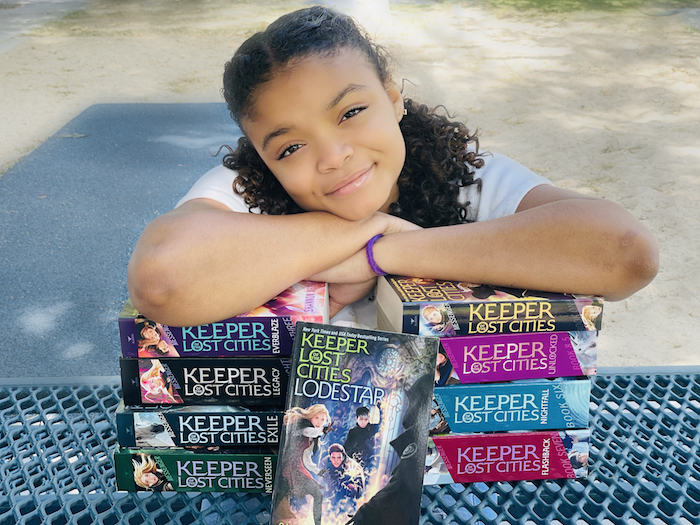 Welcome back to our Bestie Book Club—
a community for book lovers from Girls' Life magazine.

If you're new here, hello and welcome! Here's how this works: Each month we read, discuss and obsess over a new book. And if you haven't already, be sure to follow us on Twitter and Instagram, where you'll be able to find Bestie Book Club updates, special contests, giveaways and more.

Keeper of the Lost Cities: THE BOOK CLUB AT-A-GLANCE
+ Check out this month's must-read (buy it right now HERE!)
+ Get *all* the amazing book deets (warning: spoilers abound!)
+ Meet our ~srsly fabulous~ #bookstagrammer besties
+ Learn how to join our book club! 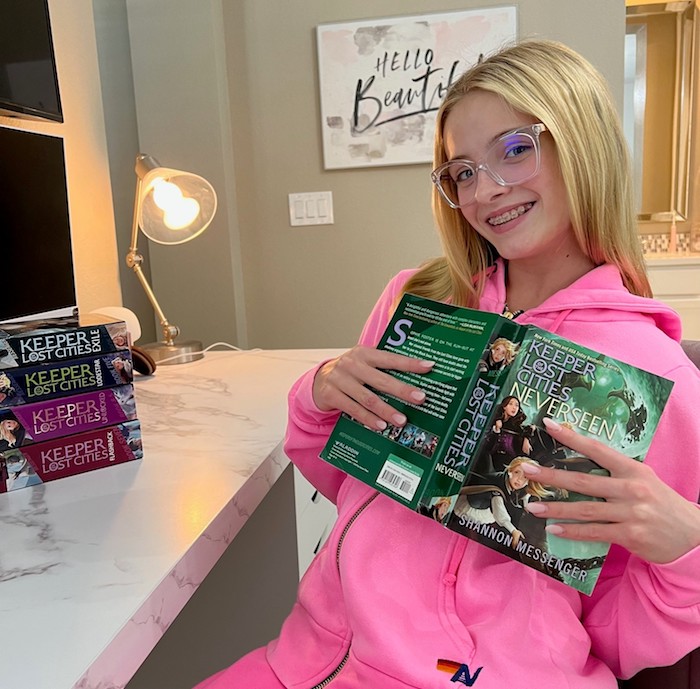 Sophie is your average 12-year-old girl—that is, of course, until she discovers that she's actually a Telepath, aka someone who has the power to read minds and belongs in the secret world of the Lost Cities. It's there that Sophie finds out she's an elf, but she has no idea why she was hidden among humans for so long.

What she does know is that she and her new friends might just be the the last line of defense against some powerful enemies...and that the world she loves is on the brink of a major rebellion. In this high-energy fantasy series, no one is safe—and the power to save the world lies within those who aren't afraid to back down from what they believe in.

When Sophie finally comes to terms with her elvin heritage and surprising new powers, she has a lot of questions. Thankfully, she has a super tight squad of new friends to learn from *and* a magical Alicorn who seems to only respond to her. It seems as though this life has always been waiting for Sophie, and she's finally ready to face her fears.

Over the course of nine novels, Sophie and her crew come face to face with some seriously scary forces. From questioning the motives of the mysterious Black Swan organization and fighting against the evil Neverseen, life in the lost cities is full of endless adventure and intrigue. As the series unfolds, Sophie finds herself as the leader of her pack, but questions about her past remain. Will she be able to uncover the truth…or will she never know the true meaning of her identity?

Keeper of the Lost Cities series is bound to be your next book obsession. With Book 9 coming this fall, now is the perfect time to get caught up on every second of the action.

What are you waiting for?! Read Keeper of the Lost Cities right now. 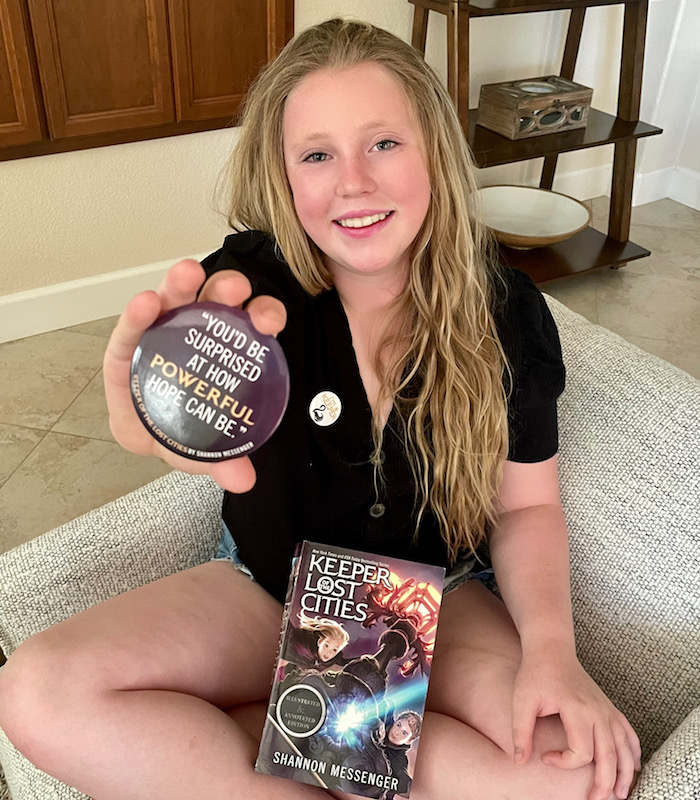 Ava is a Telepath. If you could have any superpower, what would it be? "Talking to animals. I want to be a veterinarian when I grow up, so that would be amazing."
Which member of KOLC squad would be your bestie? "Sophie, for sure. She and I both understand the importance of standing up for what you believe in."
Fave message from the series? "That you are never alone, no matter the situation. For a long time, Sophie felt like she didn't belong, but life *always* has a way of connecting us to the right people." 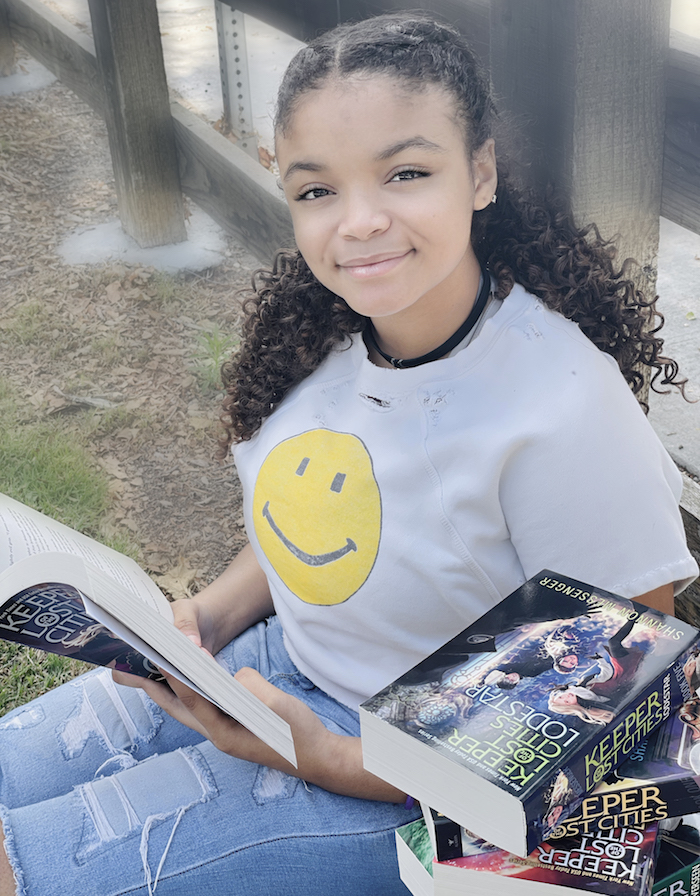 Describe Sophie in two words. "Motivated and curious. At the beginning of the series, she's scared to leave behind the world she used to know. But as the books go on, she really steps into her role as a leader."
What should GL readers know about this series? "Each book is different in its own unique way, but it's impossible to pick a favorite. I couldn't get enough of the challenges that Sophie and her crew go up against."
Are you ready for Book 9, Stellarlune? "Totally. Book 8 had me on the edge of my seat, so I can't *wait* to see what happens next." 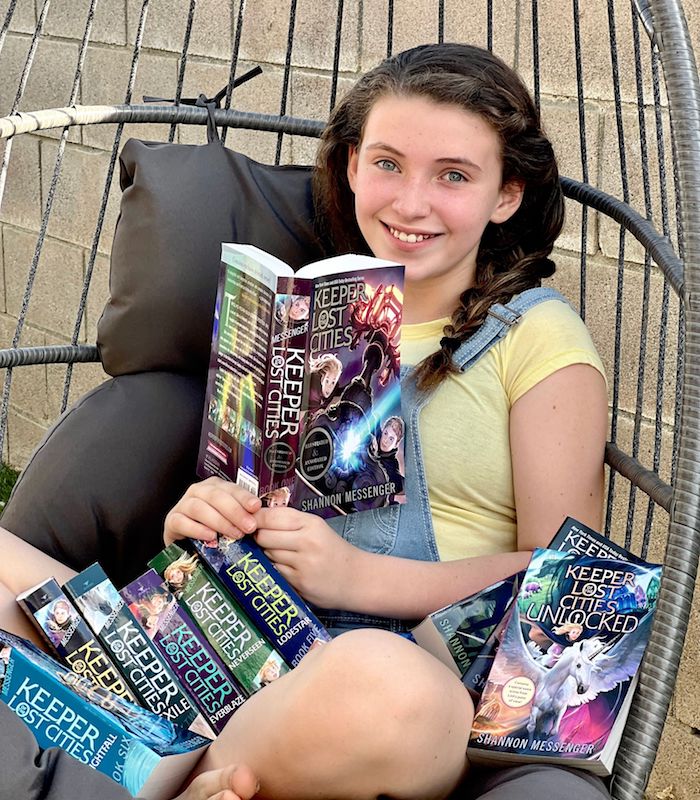 Sophie and her squad are *always* exploring the Lost Cities. What's your dream destination in the real world? "Tokyo, for sure. Big city + bright lights = my kind of vacay."
What was your biggest takeaway from these reads? "To always follow my heart and speak up for those who don't have a voice. Sophie is such an amazing role model because she never backs down from what she believes in."
How would you describe your reading vibe? "I love reading outside, especially in the sunshine. Getting lost in a good book is one of the best parts of summer vacay." 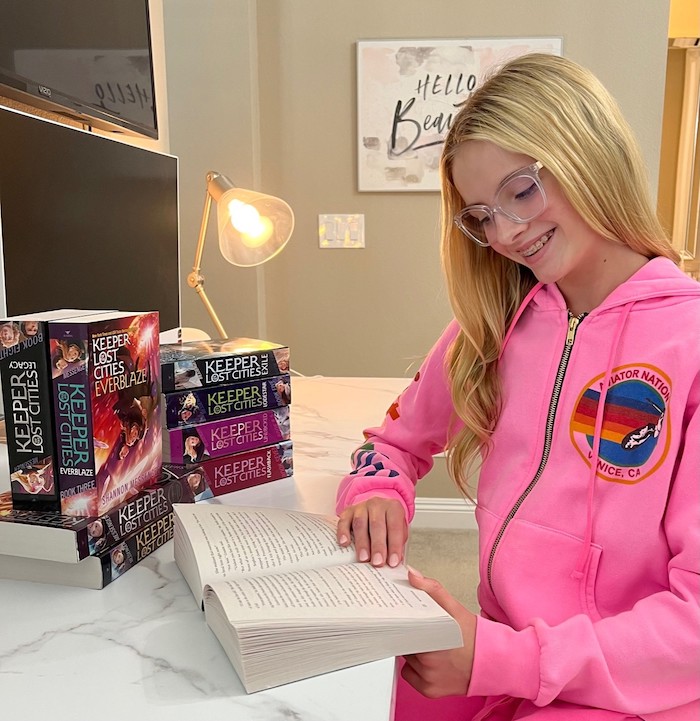 What stood out to you most about Sophie's character? "I can't imagine being torn between two worlds. I'd describe her as brave—she's someone who doesn't back down from what she believes is right. The world could use more Sophies."
Which adventure from the series would you totally tag along on? "Havenfield. I love animals and would love to spend time with the precious species there, especially the first female Alicorn!"
Any friendships that stood out to you? "Sophie and Biana. Biana is such a fearless fighter, and she's loyal to a fault. She never backs down from defending her friends. I love that about her." 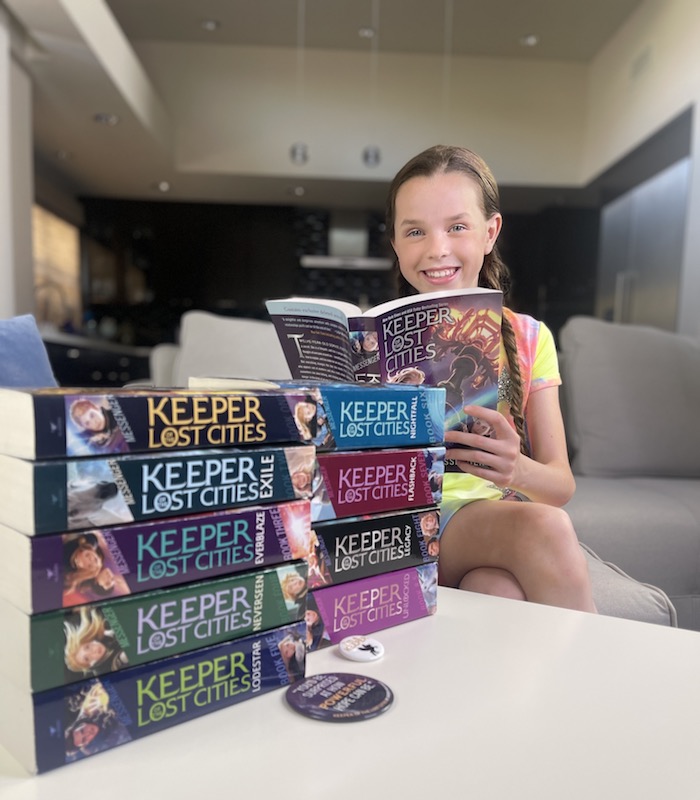 Which book in the series had you on the edge of your seat? "The fourth book, Neverseen. I couldn't put it down, tbh. Sophie and her friends go undercover to join the Black Swan, which I did *not* see coming. Without giving too much away, it was an amazing read."
What do you heart most about Sophie and Dex's friendship? "They're so honest with each other. Being a good friend means telling the truth, even when times get tough. I really admired the way they lifted each other up."
Who would you recommend these reads to? "Anybody who loves to read. No matter what genre you heart, Keeper of the Lost Cities will grab your attention from the very first book."

So you've read the book and you're ready to talk all things Keeper of the Lost Cities? Wondering *exactly* how the Bestie Book Club works and what it means to be a member? There are so many ways you can get involved—whether it's solo, on social media or with your whole squad. Here's a quick list...
+ SOLO. Take out your journal and answer any of our reader response prompts based on Keeper of the Lost Cities: Is there a super power you'd love to have, and why? Which friendships surprised you? Who would you most like to be friends with in real life?  Do you admire Sophie and the sacrifices she makes? What words would you use to describe her? Who would you recommend these books to?
+ ON SOCIAL MEDIA. Share your thoughts on the series using the hashtag #glbestiebookclub on Twitter and Instagram. (Just remember: You have to have a public account for us to be able to see and respond to your posts).
+ WITH YOUR SQUAD. Host a book club party—IRL or Zoom—to chat out the questions above. Be sure to reach out to a new friend and bring them along. And be sure to tag us in your snaps so we can share them!