5 things you *need* to know about amaze actress Fabi Aguirre 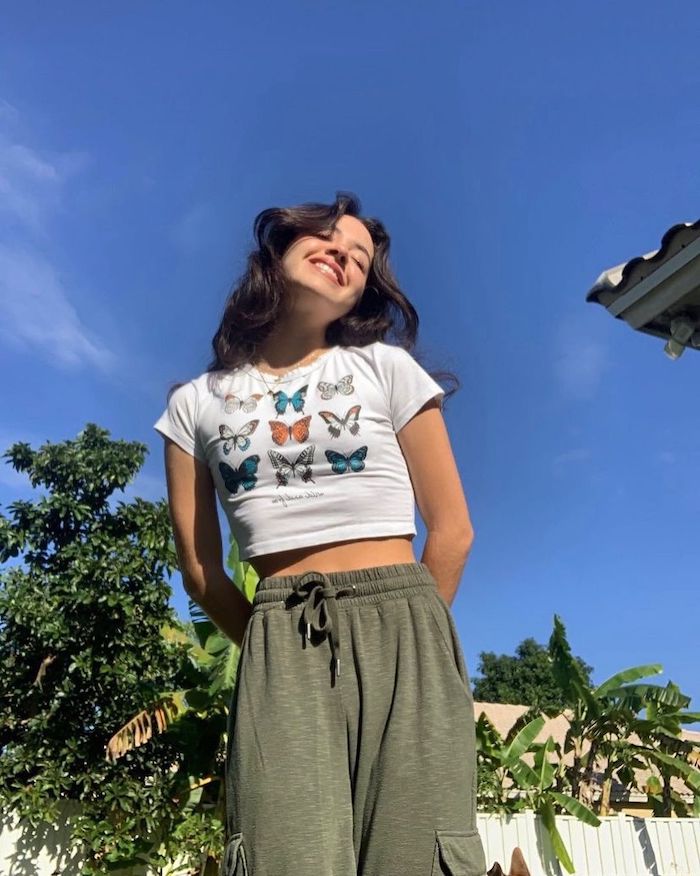 Whether you're a major fan of musicals or simply looking for your next cozy stream, we've got the movie to add to your queue...and a sweet celeb you'll want as your brand new BFF. Meet Fabi Aguirre, the super talented sweetheart who stars as Lane in Nickelodeon's Snow Day (2022). Keep scrolling for everything you need to know about this v. inspiring vocalist slash verified bestie.

1. She's been in not one but two Broadway shows.
"I played young Cosette in Les Mis and then went on to playing a young Gloria Estefan in On Your Feet," shares Fabi. "I got to work with such incredibly talented people, and there was something super special about both shows—especially On Your Feet, since I was able to represent the Hispanic community. I feel like sometimes we aren't represented enough, so it was such an honor being mentored by Gloria Estefan herself. It was a dream come true."

2. She stars as Lane in the adorable winter flick Snow Day.
"Being in this movie was such an incredible experience," she spills. "The film is about these two siblings who ask for a snow day and learn that anything is possible. And the fact that it's a musical? Oh yeah, we had a blast. I even met my now best-friend on set—and it was all real snow!"

3. Her ideal snow day sounds a *lot* like ours.
"I would wake up extra early and walk to a skating rink. I would ice skate for a couple of hours, then I would go tubing, sledding and skiing. After that, I'd walk back home, change into my PJs and have some hot chocolate. I think roasting marshmallows by a fireside, that's, like, my dream. I live in Florida now, but maybe one day I'll move to a snow day state."

4. She's balancing school *and* a career.
"I'm a senior in high school," explains Fabi. "I'm hoping to graduate early so I can record music and do more TV and film. It's very exciting, and I'm super stoked."

5. She gives great advice.
When asked how she stays inspired, Fabi has some foolproof words of wisdom. "Stay humble. That's very important. And never give up. Because if a door closes on you? There's *always* going to be another one that opens, I promise. You just have to trust and believe in yourself because there will be something in store for you. You just have to power through it."

Slider and header image via @fabiaguirreofficial

Which shoe trend are you rocking this season?