The late-to-the-game guide to Chicken Girls 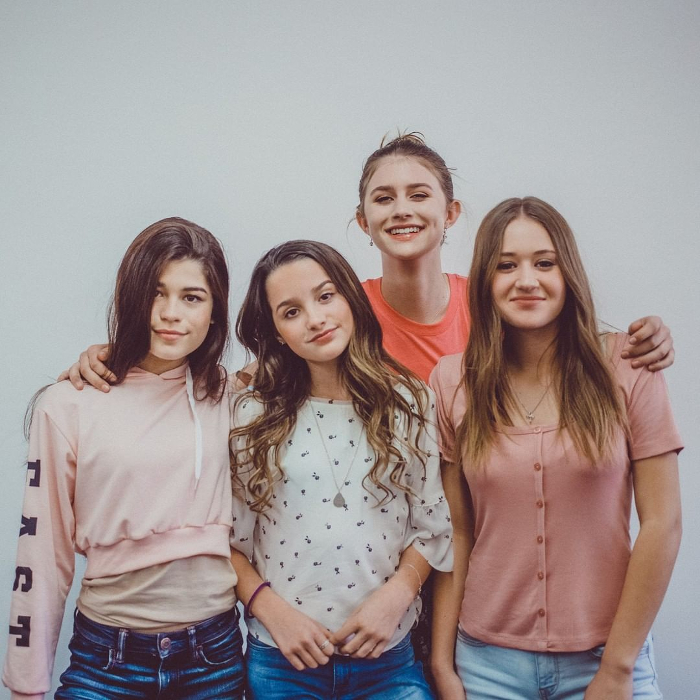 Your friend is insisting on hosting a watch party for Chicken Girls: The College Years, but you're not fully up-to-date with the new seasons. Trust, you'll definitely want to catch up on all of the details. Whether you haven't watched the show in a while or just missed the last few episodes, this is your guide to all nine seasons of this fab favorite.

Starting off on the first day of school, the season follows the Chicken Girls, childhood best friends Rhyme, Ellie and Quinn. Kayla, Ellie's new friend, quickly becomes part of the iconic girl group. The girls all try out for the dance team, but there are only three spots left. TK, Rhyme's good friend, becomes the dance team manager in order to spend more time with Rhyme and his sister, the dance team captain. Quinn ends up joining the rival team, Power Surge, but eventually comes back to her friends to help them win a major competition.

Kicking off with Ellie's visit to Malibu, this season does *not* disappoint. The dance team is back again trying to win states against Power Surge, their rival team. Although they end up losing, they do learn that winning isn't everything.

Going into high school, the Chicken Girls have united with Power Surge to conquer a new school. Simultaneously, TK moves to Texas with his father, leaving behind Attaway for good. The dance team tryouts separate the group when Rhyme decides to audition for the fall play instead. Ellie changes her name to Brooke and joins a popular new clique, and Rhyme ends up as the understudy to the play's lead.

Rhyme accidentally gets a piece published in the school paper that starts a movement about home economics. As the season progresses, Rhyme continues to write for the school paper and has several front page articles published, thus earning her stripes at the Attaway Appeal. There's also a class competition that causes drama between classmates (and especially with the new kid).

With Astrid, Rhyme's cousin, back at Attaway, things are changing. Astrid quickly makes friends with the Chicken Girls, aces her classes and gets a job at the popular coffee shop, Juniors. Rhyme becomes envious of her cousin, but the two make up at an annual softball game.

The season begins with TK coming back to town and realizing that everything has changed. Quinn convinces Rhyme to tryout for cheer, but only Rhyme makes the team. Meanwhile, Ellie succeeds in the debate room and Quinn deals with personal issues. The Chicken Girls deal with some problems as Rhyme becomes busy with cheer and their bond becomes tenuous. However, during a Powerpuff game, Rhyme apologizes for leaving her friends behind.

This season introduces a whole new cast as Harmony, Rhyme's younger sister, becomes the lead of the show. Advised by Rhyme, Harmony makes her own girl group with her new friends, Claire, Bel and Leyla. Claire is one of the brightest kids in the class, Bel is business savvy and Leyla is a sweet skateboarder.

New season = new hobbies. Harmony joins the drama club and ends up as the lead in A Midsummer Night's Dream. Claire decides to run for class president and is met with opposition when Eggie decides to run against her. Later in the season, the girls get summer jobs to help pay for a trip to Los Angeles.

Harmony's world is shaken up when her mom shares a plan to move out of Attaway. Desperate to have the best final months in her hometown, Harmony tries to connect with her Chicken Girls. Tired of getting straight A's and running the student council, Claire tries to find herself. The blooming hat business that Bel started gains popularity, and Leyla tries to make things right with Simone. Separated into two parts, this season shows a lot of growth and change between the characters as they move from their childhood and into their teen years.

Want more Brat TV content? Check out these related posts about other shows on the channel:
📺  Slip into a convo with the stars of Brat TV's Stage Fright
📺 Here's what it's *really* like to star on a Brat TV show
📺 EXCLUSIVE! Brat TV's Attaway General cast dishes on Season 3

GIF via GIPHY | Slider and top image @brat via Instagram

Which is Olivia Rodrigo's best song? 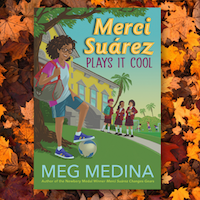 For Merci, eighth grade means a new haircut, nighttime football games and an overnight field trip. At home, it means more chores and keeping an eye on her grandfather. With evolving friendships, new responsibilities and heartbreaking loss, this trilogy finale is not to be missed. Enter to win here!