Love Taylor Swift and Olivia Rodrigo? Then you *need* to add these artists to your playlist 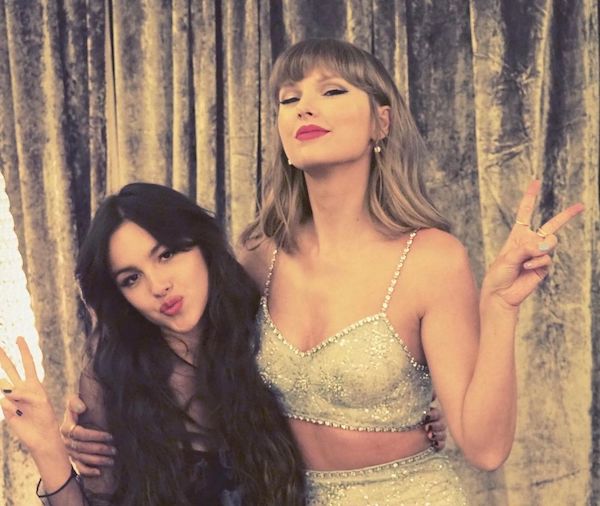 Raise your hand if Taylor Swift and Olivia Rodrigo have completely taken over your playlists lately (our hands are *high* up in the air rn). We don't blame you. It's hard to resist singing "I know you get deja vu" at the top of your lungs in the car, but if you want to spice up your playlists, we've got you. These are nine artists with styles similar to Taylor and Olivia who you will fall in love with.

Baby Queen (aka Bella Latham) is an up-and-coming singer based in the UK. Her style is alt-pop, similar to Olivia Rodrigo's more grungey songs like "jealousy jealousy" with a little more of a bubblegum pop sound. You'll love Baby Queen's all too relatable Taylor-Swift-esque lyrics ("My wildest dreams always come true / So I'm dreaming wildly about you"), and "Dover Beach" is the perf summer song reminiscent of "deja vu."

In case you're not in the know, Brynn Cartelli made waves when she became the youngest person to ever win The Voice at just 15 years old. She was on Team Kelly during Kelly Clarkson's first-ever season as a coach on the show, and she even sang T-Swift's "...Ready For It?" during the battle rounds of her season.

Like Olivia, Brynn is a fresh, young voice in the pop scene. Now 18 years old, Brynn recently dropped her first EP in May, which contains a mix of upbeat pop songs and soft piano ballads. The first single from her EP is the bouncy, carefree "Long Way Home," which she wrote and produced with Nathan Chapman (who worked with Taylor Swift on her first five albums), so it is most definitely a certified bop.

If you love Taylor Swift and Lana Del Rey, you'll *adore* Winona Oak. This Swedish singer blends Lana Del Rey's dreamy, resonant vocal style with pop sounds that you might hear on Red or 1989. Her latest EP, CLOSURE, is the best example of this style. It has *no* skips, and you'll especially love "Let Me Know" and "Lonely Hearts Club."

You may have seen Griff mentioned on Taylor Swift's Instagram story. At just 20 years old, she's already got T-Swift's stamp of approval and performed at the 2021 BRIT Awards alongside Dua Lipa and Olivia Rodrigo. Griff writes and produces her own songs. In fact, the only song that she didn't produce on her latest mixtape is "Black Hole." You'll love her electropop sounds, particularly on "One Foot in Front of the Other" and "Shade of Yellow" (the song that Taylor shouted out on Instagram).

If the only country music you like is old Taylor Swift, Cam is the artist for you. She's a well-established country artist who got her start writing songs for singers like Miley Cyrus and Sam Smith. Her style isn't quite country pop, but she still puts a modern spin on country music. Her latest album, The Otherside, has bops like "Till There's Nothing Left" and songs with deeper country roots like "Happier For You," which will make you feel like you're listening to Speak Now for the first time all over again.

Maude Latour is an indie pop queen and college student at the same time. Her vocal style is similar to Lorde's but with a bedroom pop spin. Her songs are full of NYC references that will make you feel like you're walking down the streets of Manhattan in a coming-of-age movie. She constantly puts out banger after banger, but two of our absolute faves are "One More Weekend" and "Walk Backwards." They'll *def* make it onto your playlist.

Chloe x Halle is the sister duo you never knew you needed. Take Olivia Rodrigo's grungey, pop-punk style, blend it with Ariana Grande's style and you have Chloe x Halle's totally unique take on R&B music. They got their start on YouTube and rose to prominence over the years. At just 20 and 22 years old, these sisters already have three Grammy nominations under their belt, and they're a duo to watch over the next few years.

Olivia Rodrigo cited Gracie Abrams as one of her biggest inspirations. Gracie's music has a true, soft indie sound, so if you're a fan of Olivia Rodrigo's "drivers license" and "traitor," you'll find yourself right at home listening to Gracie. Gracie's greatest strength is her personal and expressive lyrics, which especially shines in "21." You'll be thinking about the line "I'll be the love of your life inside your head" *all* day.

Olivia Rodrigo, Taylor Swift and Lorde fans, assemble. Khya is your new fave artist today! You might have seen her on TikTok singing Olivia Rodrigo and Taylor Swift songs as if Lorde sang them. She, like Olivia, is a recent high school grad. Khya only has one song out, but she is def an artist to follow in the coming years. Her song "city lights" is a must for anybody who adores Lorde's "Green Light."

Check out more of these artists' songs on this playlist!

Know any other artists that remind you of Taylor Swift and Olivia Rodrigo? Let us know on Twitter @girlslifemag!

MUSIC, ROMANCE, MAGIC AND
A CURSE 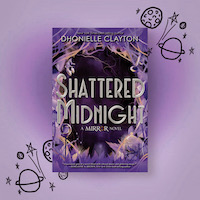 Running from a tragic accident caused by her magic, Zora falls into a forbidden love. She must find a way to change her destiny...or risk losing everything. Enter here to win!