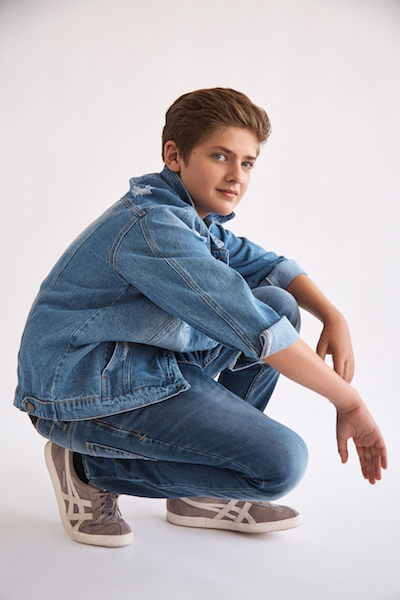 He may be just 13 years old, but Cole Allen is making his mark in the entertainment industry. His role in the Golden Globe-nominated comedy-drama Kidding (airing Sunday nights at 10 p.m. on Showtime) as identical twins Will and Phil Picirillo earned him a spot on TV Guide’s “Freshman 15” list of breakout stars of fall TV. The Austin, TX native sat down with Girls' Life's Bailey Bujnosek to talk about pursuing his dream, what life’s like on set, and his advice for aspiring actors.

Girls’ Life: How did you discover your passion for acting?
Cole Allen: My sister actually started acting before I did. I would tag along with her for auditions. One day the casting director asked if I wanted to audition. I did, and I fell in love with it.

GL: What’s been your favorite moment working on Kidding so far?
CA: That’s tough. Mostly just seeing all of the crazy sets, meeting all of the people, was a lot of fun. Seeing how it’s all put together and done.

GL: On the show, you play identical twins Will and Phil. What was it like to prepare to play two different characters?
CA: I know that the characters are so different, so when I go to do scenes I treat them as very different people. I read the scenes and see how I think the characters would act, and what emotions they would have in the scenes.

GL: Could you run me through a day in the life on set when you’re making an episode?
CA: The first thing we do is usually a rehearsal. The director and Dave [Holstein], the creator, walk us through how they want the scene to be done, what emotions they think the characters are feeling, as well as reminding us of what’s just happened in the episode. Then I go eat, and we come back and do the scene a few times—do it from different angles, different shots, things like that. After maybe one or two scenes, it’s usually lunchtime, so we go and eat more food.

GL: You’re working with some pretty high-profile actors on set, who have had long careers. Is there anything you’ve learned, acting-wise, that really stuck out to you?
CA: Yeah, actually. Jim [Carrey], who plays my dad on the show, he’s really good at physical mannerisms, physical comedy. He’s very good at using his body to portray emotion and stuff like that. I find that to be very valuable.

GL: Within the acting industry, you face a lot of rejection. How do you handle that, and stay motivated to keep pursuing your dreams?
CA: I mean, I don’t find it to be too tough when I don’t get a part, because most of the time it goes to a really talented, other good actor.

GL: Aw, that’s so humble! What was the audition process like when you got this role on Kidding?
CA: There’s a casting director in Austin that I’ve done a lot of auditions for in the past. They sent out the audition requests, and I was actually under the age they were looking for by a few years. But she was like, ‘Yeah, just give it a shot’. They liked it, so I did a callback, and they flew me out for a screen test and then I got the part. 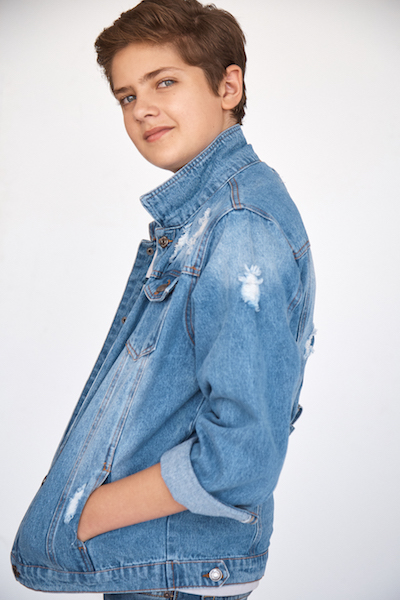 GL: What do you like to do outside of acting?
CA: I like skateboarding a lot. I find that a lot of fun. I also like playing video games and reading action-adventure type books.

GL: Are there any other young actors/artists that inspire you right now?
CA: Yeah. The kid who plays the younger version of Jeff on the show, Zackary Arthur. He’s really talented and fun to watch.

GL: Do you have any advice for someone who’s trying to pursue their own passion, whether it be acting or something else?
CA: Keep doing it. That’s really my only advice. You can’t expect everything to go your way immediately. And you’ve got to keep trying.

*This interview has been edited and condensed for clarity. 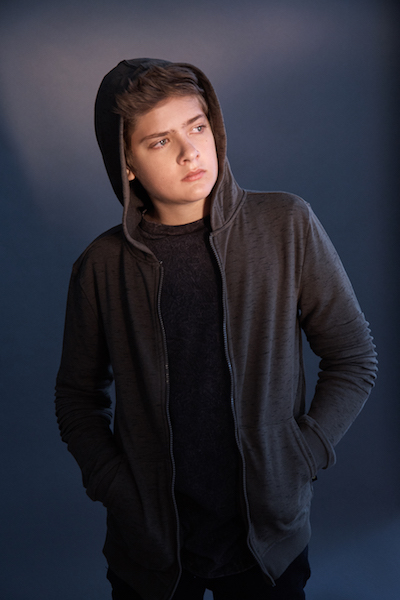