5 things to know about Amanda Gorman, the inaugural poet 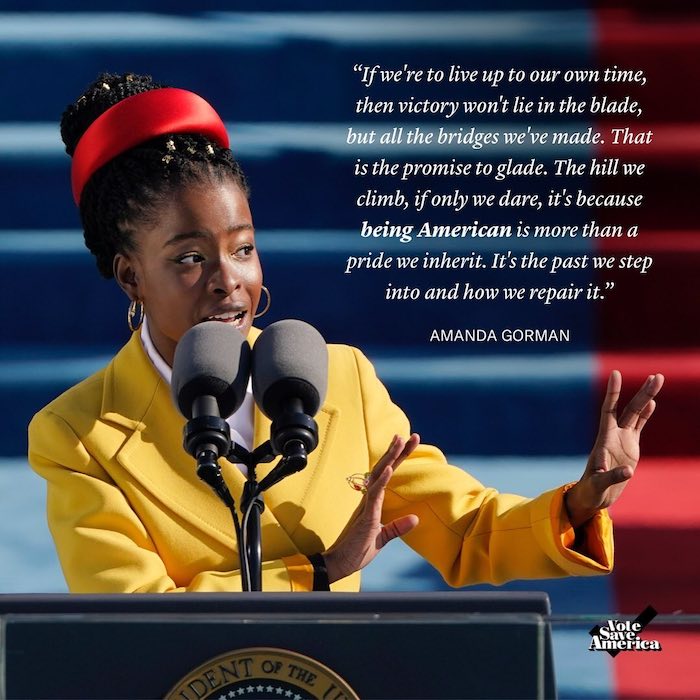 President Biden's inauguration yesterday was inspiring in so many ways. One of the moments that gave us *major* goosebumps was Amanda Gorman's recitation of her inaugural poem, "The Hill We Climb." Here are 5 things you need to know about the Harvard graduate and inaugural poet.

She's the youngest inaugural poet ever.

Before Biden, three presidents have had poets read at their inaugurations: John F. Kennedy, Bill Clinton and Barack Obama. Gorman followed in the footsteps of other inaugural poets like Robert Frost and Maya Angelou—and at 22 years old, she's the youngest one yet.

She was discovered by Dr. Jill Biden.

Gorman is no stranger to speaking at political events. In fact, she was chosen to perform at the inauguration after Dr. Jill Biden saw her recite a poem at the Library of Congress a few years ago. The First Lady was impressed by Gorman's abilities—and her yellow dress, apparently. So maybe it's not a coincidence that Amanda wore a *fab* yellow coat for her inaugural recitation.

She edited her poem after the Capitol riots.

After the violence at the U.S. Capitol on January 6, Gorman knew that she needed to add to her poem. For her, the riots confirmed that her poem's message needed to be one of hope and unity. And with moving lines like: "And yet the dawn is ours before we knew it / Somehow, we do it / Somehow, we've weathered and witnessed / A nation that isn't broken, but simply unfinished," we think Gorman definitely achieved that goal.

She had a speech impediment as a child.

Gorman told CBS This Morning that she first turned to poetry after discovering her speech impediment as a child. For her, putting words on the page was the best way to cope with the obstacle. Though from her flawless presentation, you'd never guess that she ever struggled with pronouncing the letter "R."

She has big plans for the future.

Not only does Gorman have a children's book coming out soon (it's called Change Sings, and it looks *just* as inspiring as her poem), but she also has a bigger dream for the future: to run for president in 2036. We can't wait to see this leading lady on the ballot in a few years!

What was your favorite line from "The Hill We Climb"? Let us know on Twitter @girlslifemag!

All GIFs via Giphy

Psst: We've got a lil' Valentine to give you. If you're on the hunt for your next super sweet read, check out the books that stole our hearts HERE (plus, you can enter to win them all!). 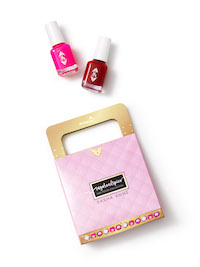