What is DACA and why is everyone talking about it? 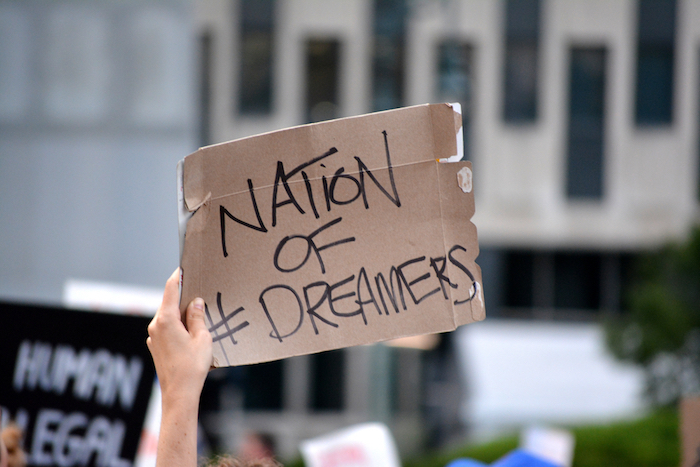 Over the past week, you’ve probably heard a lot about DACA. With tons of social media posts flooding your feed about the acronym, it can be difficult to keep up with what’s happening. So, here's a breakdown on what DACA is and why you should know about it.

What is DACA?
DACA stands for Deferred Action for Childhood Arrivals. It protects undocumented immigrants who came into the United States as children, allowing them to live, work and go to school in the U.S. The program protects about 800,000 immigrants.

Who are DREAMers?
It’s a name for the people protected by DACA, based on the DREAM Act. DREAMers were brought into the country as children by their immigrant parents.

What is the DREAM Act?
The DREAM Act was first introduced in 2001 but hasn’t passed. It stands for Development, Relief and Education for Alien Minors Act. It would give legal status to immigrants who were brought into the U.S. illegally as children and meet certain requirements. President Barack Obama created DACA as a temporary solution.

Why is everyone talking about it?
Attorney General Jeff Sessions said DACA is unconstitutional and the program will end in six months. This would send those 800,000 DREAMers back to the counries that they immigrated from. However, many of those that rely on DACA do not have roots—family, friends, a home, a job—in those countries. President Donald Trump said he might revisit the issue and Congress could still step in, leaving a lot of uncertainty for DREAMers.

What can be done if I don’t agree with this decision?
You can, of course, speak up on social media and in real life to show support and share your perspective. You can also contact your representative and look for organizations in your community that work to support immigrants.

Do you know any DREAMers? Are you a DREAMer? Let us know below.