Everything you need to know about rising star Lidya Jewett 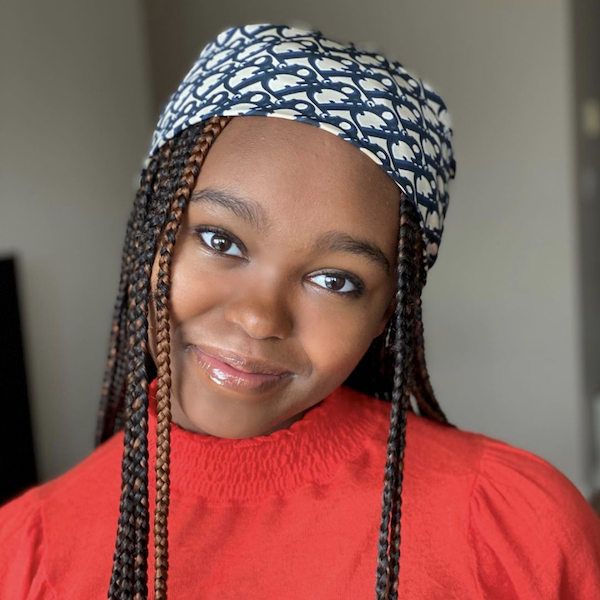 Whether she's lighting up the screen with stellar performances or taking a stand with her squad, Lidya Jewett knows that true confident cool is about owning *exactly* who you are.

Lidya's first big break was playing the younger version of Katherine Johnson (played by Taraji P. Henson) in 2016's Hidden Figures. The film shed light on the important role Black women played in NASA’s success in the space race. “It will always be an honor to have been a part of something so impactful,” Lidya shares. Fun fact: Her real-life STEM skills even helped her land the role. “My audition included the big math equation from the classroom scene. I love math, so that moment felt really good,” says Lidya.

Now, this superb storyteller is living out her own spooky szn thriller in Netflix's Nightbooks, about a boy named Alex who gets abducted by a witch. Lidya plays Yasmin, another of the witch’s prisoners, whom she describes as having “a hard shell because of her isolation from the world.”

That role required some majorly intense acting from Lidya, who’s no stranger to thinking carefully about complex situations. “I was at a party, and one of the kids [there] had a realistic gun as part of their costume,” Lidya reflects. “We were mostly teens of color, and given the past police shootings, I thought it was irresponsible and dangerous. In that moment, she decided to speak out. “Everyone else didn’t see the big deal, but I just didn’t want to be in that situation. So I left the party.”

When it comes to being her most authentic self, Lidya’s super grateful for the support of her family. Born in Ethiopia, Lidya lived in orphanages until her parents adopted her when she was 4. Though her memories of that time are spotty, “I feel peace there and I feel like it’s a part of me,” Lidya explains of the Ethiopian culture, adding how much she loves visiting the boutiques and restaurants of Little Ethiopia near her Los Angeles home.

“Being adopted makes me welcoming and inclusive to everyone regardless of their family structure,” Lidya says. “I don’t think anyone else gets to define what a ‘correct’ family looks like. The correct family is the one where there is love, safety, encouragement and where you are allowed to be who you are meant to be.”

Lidya is open-minded, passionate and v. firm in her convictions—including her total fangirling over Olivia Rodrigo (of course she’s still playing Sour on repeat, just like the rest of us). “The entire album is just so good,” Lidya says. “Olivia shows the reality of teenage life—the comparison between yourself and everyone else, the lack of self-esteem. She acknowledges how real those struggles are for her. I just love the honesty of it.” Have wiser words ever been spoken?

Hey, girl! Just wanted to let you know that this story originally ran in our October/November 2021 issue. Want more? Read the print mag for free *today* when you click HERE.