One year later, looking back at Folklore's impact on pop culture

One year ago, Taylor Swift inspired shock and joy in her fans when she announced her unexpected eighth studio album folklore. But the album's midnight release wasn't her only surprise—the tracks marked a dramatic shift in Taylor's musical and lyrical style.

Just wondering—what comes to your mind when you hear the name Taylor Swift? Are you picturing country-Taylor, the girl who rocked golden ringlets and sang about being a teenager? Or are you thinking of pop-Taylor, whose music (and vibes) were upbeat and colorful? Or maybe you're thinking of Reputation-era Taylor, who dressed in black and sang about revenge. Regardless of what you thought of, it's not hard to tell that Taylor Swift has had many different stylistic phases throughout her career. With Folklore, Taylor used songwriting to explore herself and her past, so the songs on Folklore are confessional. When backed with indie sounds, the album comes together, forming a style entirely different from her other albums.

Taylor's songwriting style is part of the reason why Folklore has resonated so heavily with Taylor's fanbase. Taylor connected her experiences to the characters in her song's stories (i.e. "The Last Great American Dynasty" and "August") to make her specific experiences more relatable to a wider audience. By not shying away from important topics and conversations, Taylor used Folklore to further publicize the conversation around mental health. It's no secret that Taylor's touched on mental health in her past work, but it's a *huge* theme in this album. Here's an example:

“Something med school did not cover
Someone’s daughter, someone’s mother
Holds your hand through plastic now
Doc, I think she’s crashing out
And some things you just can’t speak about.”

Taylor's lyrics, inspired by her own grandfather's experience in the war, compare the healthcare heroes of the COVID-19 pandemic to modern-day combat soldiers. With the unpredictable challenges of 2020, a lot of the intensive care required hadn't been taught in medical school, creating a year full of unprecendented stress.

Folklore is an album that's for the listener—that's why its impact is so strong. We were all quarantined for about a year starting in March 2020. We all missed out on seeing people we loved. Most of us had to work or take school from home. Folklore helps to bring us together with something we all have in common.

By introducing the theme of mental health through storytelling, Taylor has helped to normalize this conversation being more open. Here's another example of a narrative she uses on the album:

Who knows, if she never showed up, what could've been."

This song tells the story of Rebekah Harkness, a philanthropist and art patron who previously owned Taylor's Rhode Island house. Taylor used Rebekah as an example to properly portray her own feelings about how people have viewed and treated her throughout her career. For example, she cited how Rebekah's husband, William Hale Harkness died of a heart attack shortly after she married him, and how because of this, Rebekah was widely blamed for his death. Taylor parallels this to the way that women are blamed and mistreated in Hollywood. In 2017, Taylor won just $1 (yes, you read that right) in a settlement against a DJ who sexually assaulted her. Even with witnesses and concrete proof, a man's word against her own did not work out in her favor, which may have inspired parts of this song.

As shown in these two tracks, on Folklore, Taylor sheds light on experiences that are widespread in society today. For me, there are two main takeaways from this album. First, Taylor venturing into the indie genre is super important. It shows that pop is becoming a lot more flexible, and it's opened listeners to more genres. Second, the subject matter that Taylor focuses on is relatable and helps people feel less alone. Whether it's mental health, the pandemic or sexism, there's something that everyone can relate to on Folklore.

There are a million reasons to celebrate T. Swift today (and every day), so join us in streaming Folklore today. How are you ringing in Folklore's 1 year? Let us know on Twitter @girlslifemag! 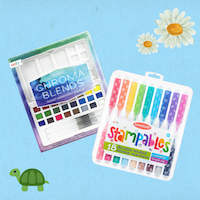