Sabrina Carpenter talks Work It and embracing her inner awkwardness 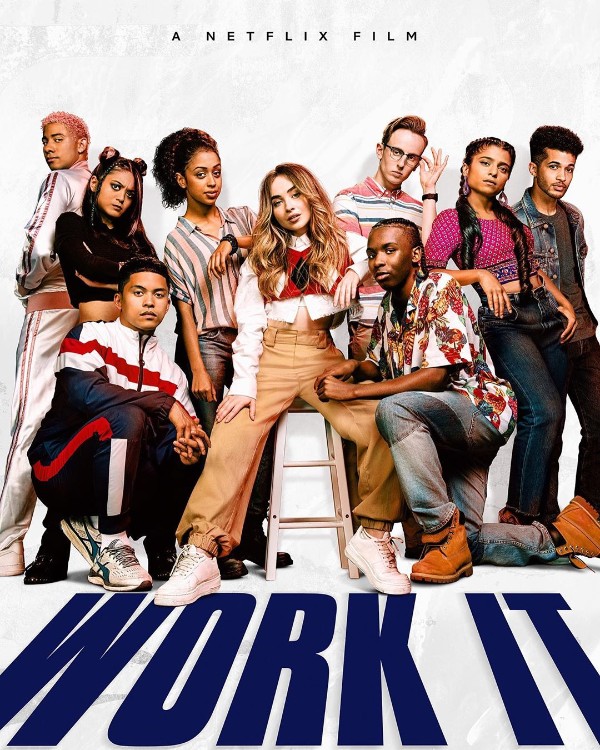 Last summer, Sabrina Carpenter was sweating it out every day on the set of her new Netflix movie Work It. These days, her life (like everyone else’s) is in extended chill mode—which mostly involves hanging out with her dog, Goodwin, who she says was “literally passed out” right next to her when she called us to talk about the movie and life in general.

In Work It, Sabrina, 21, plays Quinn, an overachiever who ends up fabricating an award-winning dance team in a bid to get into the school of her dreams—and then has to make the lie a reality, turning a ragtag group of non-dancers into a competitive team.

If imagining Sabrina Carpenter—who has slayed audiences with her singing and choreography chops during her world tours—as a truly terrible dancer is difficult for you, you’re not alone. It was also tough for Sabrina, who’s a much more coordinated person than her latest onscreen alter ego.

“It was funny for me to think about being able to play someone who’s super uncoordinated,” Sabrina explains of what drew her to the project, which she also executive produced. “And truthfully, I don’t know if all bad dancers know how bad they are. I think Quinn genuinely thinks she has potential.”

Of course, just because Sabrina is a better dancer than Quinn doesn’t mean she can’t relate to the very real struggle of trying to do something that doesn’t come naturally to you. She had a similar experience learning to play basketball for her turn as Hailey Grant in 2018’s The Hate U Give. “I cannot do sports,” she admits with a laugh.

With movies, musicals and touring on hold for the moment, Sabrina has been passing time by polishing her impersonations, including mimicking some of her favorite musicians. “I’ll just be like, ‘Who else can I sound like? Shakira? Britney? Ariana?’ But, um, my attempts aren’t good,” she says. “I haven’t told anybody that because that’s not something I want anyone to ask me to do!”

Whether it’s belting out a song like Britney or playing down her dancing skills, one thing’s for sure: Sabrina is up for the challenge. “If I really want to do something,” she says, “I’m going to work really hard.”

Watch Sabrina dance up a storm in the Netflix original Work It, streaming this Friday, August 7th!