Exclusive: Babes before boys? We've got your first look at tonight's K.C. Undercover 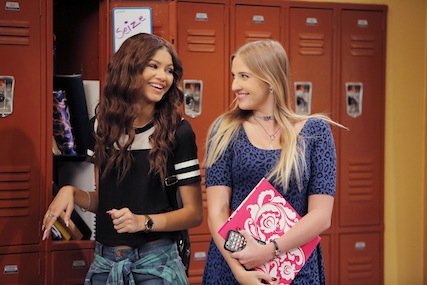 One of the first rules of Girl Code is that your gal pals are more important than any guy who could ever hope to come between you. It's a basic lesson that pretty much all ladies know, but as some of us have learned, it can be a little harder in practice than it is in theory—especially once you and your BFF fall for the same cutie.

In tonight and tomorrow's newest episodes of K.C. Undercover, Zendaya's K.C. learns that lesson the hard way when she and Marisa both crush on the same dude.

After being paired with a new partner by The Organization, K.C. is annoyed with Brett, the Junior Spy of the Year. He and Marisa are hitting it off, though, so K.C. gives her the go ahead to get her flirt on. It's not long before K.C. starts to understand what Marisa sees in Brett though—and starts to maybe even have feelings herself. But boy issues aren't K.C.'s only problem as the Cooper parents face off against their arch-rival Zane. When K.C. gets mixed up in the feud (and even kidnapped by Zane), a strange doppelganger takes her place.

Have you and a friend ever had feelings for the same guy? How did you handle it? Tell us in the comments.

NOT EVERY LOVE IS MEANT TO BE 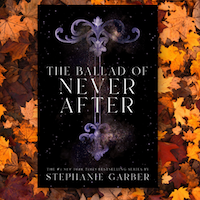 In this fiercely anticipated sequel to the number one bestseller Once Upon a Broken Heart, Evangeline Fox finds herself in a partnership with the Prince of Hearts—again. Will she learn to trust Jacks...or will a murderous curse get the best of her? Enter to win here!