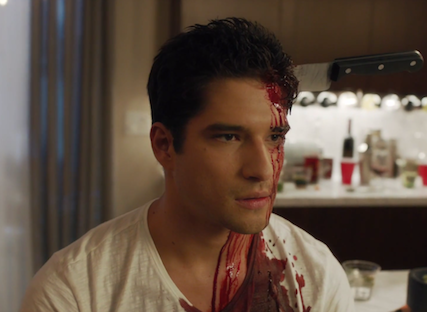 The Scream movies are basically legendary when it comes to the horror genre. There've been four films in the franchise already, and now the terrifying flicks are headed for the small screen.

With a new storyline, and a fresh TV perspective, we know that this new show isn't just going to live up it's movie counterparts, it might actually be scarier. In a new promo for MTV's Scream, the show demonstrated just how cut-throat it's willing to get—by murdering all of its other network stars.

In the short vid, celebs like Tyler Posey, Ashley Rickards and Katie Stevens get the slasher treatment with the rest of their Teen Wolf, Awkward, Finding Carter and Faking It castmates while the Scream cast ring the doorbell, waiting to come in.

The TV show premieres June 30th at 10:00 P.M., and we know we'll be watching (even if it's while hiding underneath our blankets).

Will you tune in for Scream? Do you love horror flicks, or do they totally freak you out? Tell us below.

Photo and video credit to: MTV