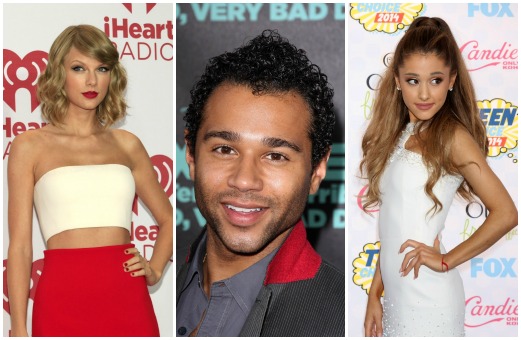 Our fave celebs have super busy lives and sometimes it’s hard to keep up on what they’re doing. From confirmed couples to hospital visits, we’re here to tell you everything you need to know about your favorite stars!

It is hard to imagine what 5 Seconds of Summer would be like without Ashton Irwin, and unfortunately we will find out. The band had to cancel attending events and postpone a trip to Japan this week because Ashton is reportedly in the hospital with a bad case of appendicitis. Although he had surgery and is expected to make a full recovery, it really makes us think how important he is to the band and we love the support the boys show to each other. We’re wishing Ashton a very speedy—and healthy—recovery!

Out of the Woods?

GL’s August/September 2014 cover girl Taylor Swift is currently ruling the scene with her highly anticipated album 1989, which is coming out so soon! After having major success with “Shake It Off,” we’re not surprised that her newest single “Out of the Woods” is already making headlines. This song, which was released this week, is gaining a different crowd as tons of Directioners are convinced the new song is about her rumored relationship with Harry Styles. And they’re not the only ones who agree. Speculation has been swirling that the tune is loaded with tons of lyrics hinting at Harry, like when it refers to the airplane necklace the two shared two separate times. We may never know what really went on between Haylor, but we think this song is a good snippet as to what it was like.

We have been speculating for weeks on whether or not Ariana Grande and rapper Big Sean are dating—especially since we’ve been seeing them together more and more. Well, Ariana finally opened up about Big Sean this week and it couldn’t be cuter. “He is one of the most amazing men in the whole world, and that includes my grandfather and my brother. I think the world of him, and he’s an amazing person,” she reportedly said about her new beau. Now that these two are finally public, we’re just wondering what their couple name will be.

High School Musical and Dancing with the Stars alum Corbin Bleu is making news for something other than his amazing dancing skills. Over the weekend, Corbin allegedly proposed to his longtime girlfriend Sasha Clements at Disney World in the cutest way possible. The two were watching the firework show in front of Cinderella’s castle when Corbin got down on one knee and gave Sasha a ring that was inside a glass slipper. We are so excited for this adorable couple and wish them nothing but the best!