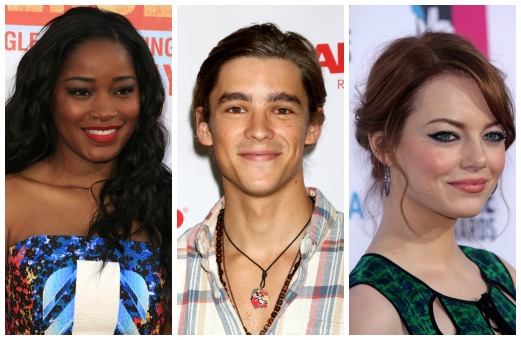 This week flew by so fast, we’re still trying wrap our minds around everything that happened. We felt every emotion from sadness to excitement these past seven days. Who is making it big on the stage and who got the ultimate honor? Read on to find out!

The world was shocked when news of Robin Williams’ death surfaced on Monday. Williams held an important role in so many childhoods due to the characters he brought to life. From the Genie in Aladdin to Peter Pan in Hook, he truly was a one-of-a-kind actor whose legacy will go on forever. We’re keeping his family in our thoughts during this tough time.

Ariana Grande has Arianators checking their phones every time she tweets! With her new album My Everything dropping on August 25, she has been giving us major hints about what to expect. And from the sounds of it, it’s going to be amazing! With her newest single “Best Mistake” released earlier this week, Ariana now has four songs in the top 15! Is there anything this girl can’t do?

It’s no secret that we can’t wait to see The Giver on the big screen, and the wait is finally over! The movie premiered earlier this week and has been generating a ton of amazing reviews. Which is perfect since the flick officially hits theaters TODAY. Before grabbing your movie tickets, though, we suggest you take our quiz to see which character you would be in the film,

If you’ve never seen a Broadway show before, now is your chance! We learned this week that Keke Palmer, best known for True Jackson, VP, is making it big as the first African American Cinderella in the hit show Rodger and Hammerstein’s Cinderella. We are so excited to see her sing and dance on stage. Keke is not the only Broadway-bound babe making a buzz this week, though. There are rumors that Emma Stone is in talks for becoming the new Sally Bowles in Cabaret. We’re hoping that these rumors are true and wish them both the best of luck on the Great White Way.

Four-time GL cover girl Selena Gomez was honored with the Ultimate Choice Award at the Teen Choice Awards this past weekend and we couldn’t be more proud. Sel has done so much for Television, Movie and Music over the years and we don’t think anyone deserved this award more than her. We love her passion for life and how down to earth she truly is. Plus, how cute was it when she thanked her mom and called her “the greatest human being in the world” when accepting the title? Congratulations, Sel, you deserve it.