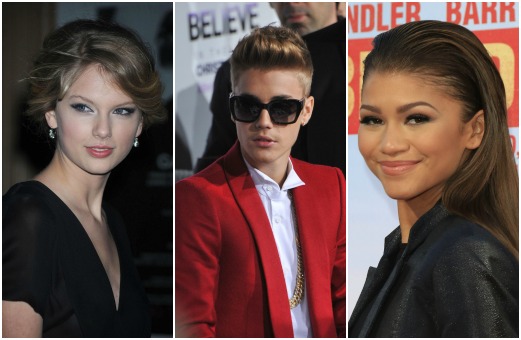 Things are heating up, and it’s not just because it’s summer. Our fave celebs have been super busy this week doing new things and surprising us all. Which on-again off-again couple is making a comeback and who just got a stellar nomination? Read on to find out what the stars have been up to this week.

Rumors about Jelena getting back together are surrounding us and we don’t know what to believe. From the looks of both Justin Bieber and Selena Gomez’s social media accounts, the pair again a thing. And one source reportedly told Us Weekly, “Justin and Selena are definitely full-on back together at the moment. They spent all day riding together on a Can-Am Spyder on Sunset Blvd. … Justin drove while Selena sat on the back holding on to [him]." Do you think their relationship will stick this time?

Do you and your sibs fight over where your family goes for vacation? We have the perfect solution for that. We learned this week that Universal Studios expanded its Wizarding World of Harry Potter attraction and created Diagon Alley! Diagon Alley has everything fans know and love from the books and movies like The Hogwarts Express and Gringotts. The park officially opens on July 8th so you better book your hotel and start packing!

It’s no secret that Taylor Swift loves cats. Her Instagram has tons of pics of her cat Meredith, and her feed is about to get even cuter now that she has new kitten! T. Swift showed off her new cat, Olivia Benson, this week by posting a super cute pic. Both cats, Olivia and Meredith are named after Taylor’s fave characters. Olivia Benson is from Law & Order and Meredith is from Grey’s Anatomy. We love these names and are anticipating tons of kitten filled pics and tweets to come our way soon.

The Teen Choice Awards nominations were revealed this week and we were super excited to see tons of our fave celebs (and past cover girls) make the list. From Lucy Hale for Pretty Little Liars to Debby Ryan for Jessie, we know that this award show is going to be on our must-watch list. Check out the full list of nominee’s here and don’t forget to tune into FOX on Aug. 10 to see who wins!

Current cover star Zendaya is making headlines yet again with the announcement that she will be playing Aaliyah in the upcoming bio-flick, Aaliyah: More than a Woman. This movie is all about the life of the amazing entertainer who died in a tragic plane crash. We know that Zendaya is going to do an amazing job and we are so excited for her!

Which celeb moment made you go "OMG!" this week? Share in the comments below.