During the last several months, the Black Lives Matter movement has come to the forefront of society, and rightfully so. Prompted by years and years of mistreatment against people of color, many people have risen up to take action.

While the BLM movement has been going on for years now, these last several months have been momentous. The movement has gained much traction around the world and has produced much progress for people of color. Many people have posted BLM content on their social media accounts.

It appears that some people are treating BLM as a "trend", rather than as a real, serious issue for people of color. I feel like, for these people, the BLM movement has turned into the "cool" or "trendy" thing to do right now—it's not about the movement itself. They might promote BLM because their friends promote it, or they see that everyone else is promoting it so they want to jump on the bandwagon.

As a Black person, I sometimes wonder if they're seriously sympathetic to our plight, or just want to be part of the excitement. I'll be honest—sometimes when I see a post related to BLM on someone's social media account, I do wonder if the person really means it, or if they're just saying it to be "trendy". Will they still continue the fight for racial equality, even when it's not necessarily trending in the news anymore?

I don't like my race and life being treated as a trend. It makes me feel.... dehumanized. Black lives mattered yesterday, they matter today and they matter forever.

Now, please understand—I'm not saying that you shouldn't post about BLM on social media. You absolutely should! Social media is a great way to spread awareness about the movement and help others to understand the fight for racial equality.

However, it's important not to lose sight of the actual meaning behind the BLM movement.

The BLM movement isn't about having a fun "hobby" to participate in during your free time. It's not about posting something trendy on Instagram to be "cool".

The BLM movement is about innocent men and women losing their lives because of their skin color. It's about *years* of oppression against people of color. It's about racism being present in several aspects of our lives: hence, systemic racism. It's about real people—an entire race of people continuously being mistreated.

Behind every case of police brutality is a real victim and their family. Posting on social media about BLM should be to create change, not to create more "sensation" or "fanfare". Supporting BLM isn't about being "cool" or "trendy". It's about supporting us as fellow human beings who deserve to be treated equally.

While we've made much progress as a people, we still have a long way to go. The fight for racial equality continues, even after it's not in the news anymore.

Don't just *post* about Black Lives Matter. *Be* about it. 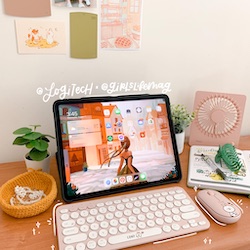