Going viral wasn’t on McKenzie Arrington’s mind when she created a TikTok account this April. The Georgia native, 25, just wanted to check out the videos her younger sister was making. But when the COVID-19 pandemic put her job on hold, McKenzie decided to film a few TikToks of her own—a decision that paid off big time. We caught up with McKenzie to learn more about her behind-the-scenes process, her fave makeup products and her unexpected rise to fame.

Girls' Life: Do you have any formal training in makeup, or are you self-taught?

McKenzie Arrington: I just taught myself how to do the crazy makeup, the SFX makeup, this year during quarantine. I’d always watched a lot of James Charles videos, and a lot of other beauty Youtubers. But I’d never actually tried it. I’ve always been the type of person that’s a visualizer. Like I’m able to look at [something] and do it. So, I guess when I did [the first videos] I already knew the techniques and the steps to do it. That’s probably why I was able to.

GL: What was it like when you started to get a following on TikTok?

MA: I was seeing everyone doing these Disney makeup challenges. So I was like, ‘Okay, I want to do a Disney Villains makeup challenge. That’ll give people an incentive to want to follow me, to see what the next character’s going to be like.’ I was thinking I was going to get maybe ten followers, forty followers, because I had zero luck in the past doing this. My first look [for the challenge] was Cruella De Vil, and that video blew up.

It went on from there. I think it was two or three weeks ago, I’m not quite sure on the exact date, but I officially hit one million likes on my TikTok. So, officially, a million point one people like my TikTok videos.

GL: Congrats on that milestone!

MA: Thank you. It completely blew my mind. In high school, I was never the athletic type. I was always in the artsy crowd. I was in the band. I played the trumpet. I was in the theater group and I did one-act plays. I sang. When I left high school, I went to Atlanta and I joined an acting studio, and I did that for about three to four years. [After] all the bad, unsuccessful auditions I’ve gone to and not gotten a callback from, to finally create something and have people enjoy it is just—I don’t know. I’ve been seeking this for so long, and for it to actually happen, it’s very humbling in a sense. I still honestly don’t believe it. 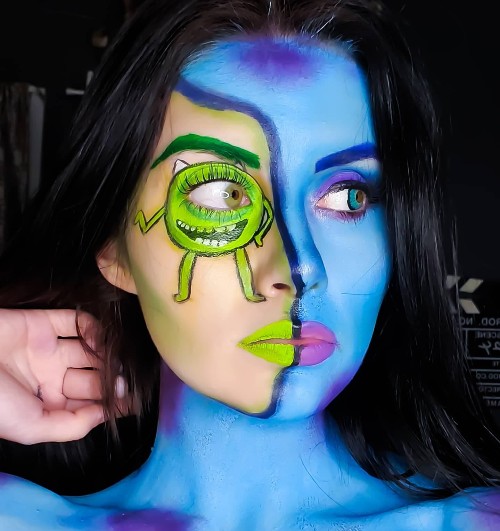 GL: Can you walk me through the process behind one of your TikToks?

MA: Really, what you see is what you get on TikTok. It’s my first time ever trying it. I don’t practice because I’m afraid I’m going to waste a video. I get on Amazon and I get all my outfits and stuff, because I don’t like doing a makeup look if I don’t look exactly like the character. Then I go through Pinterest. I don’t copy anyone, but I try to find inspiration. I put [that] into a word document. Then I set up my ring lights, I put a backdrop up, and I have my makeup on a huge table on one side of me and my laptop with my pictures and my inspiration on the other. [Finally] I go through TikTok and I try to find the perfect audio.

GL: What about filming the look itself? 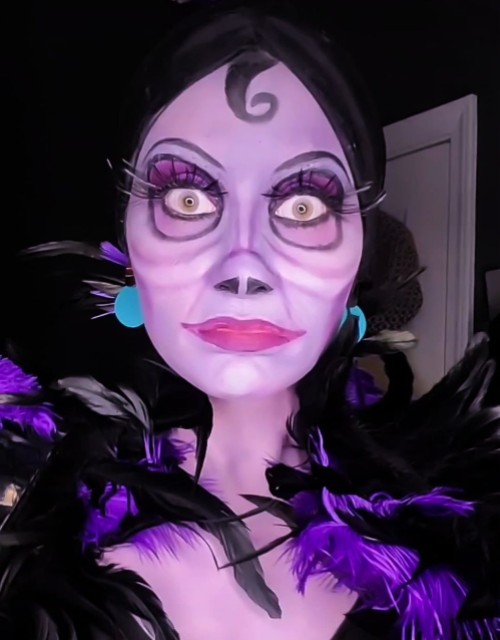 GL: Are there any makeup tips you’ve discovered along the way?

MA: Do more research into what you’re buying! I bought a bald cap [for] the last look that I did, Princess Atta from A Bug’s Life. I thought I could just buy a bald cap and that would be it, but apparently you have to have glue serums to attach it to your head so it won’t fall apart.

GL: What products do you swear by?

MA: Definitely the James Charles [X Morphe] palette. I bought that to experiment and venture out with makeup. I wasn’t really expecting to do all this crazy stuff, but you can pretty much do any look with that. It has every color. You can mix the colors together. It blends beautifully.

GL: Do you have any advice for Girls’ Life readers that are trying to grow their own TikToks?

MA: My advice would be to try everything. Like I said, I tried dancing and doing what everyone else was doing [on the app] and that didn’t work. I tried doing things that would get everyone’s attention, like doing the crazy little challenges. Nothing would work. Then I was like, okay, well how about I try to be me?

So I went through, and I was like, what makes me genuinely happy? And it’s definitely acting, performing. I'm a performer. I love it. And I needed that during quarantine. I needed something to lift me up. Even if I didn’t get any of the likes, it still made me happy. I think that’s something important to remember: don’t do it for anyone else but yourself. And just have fun with it.

You can check out more of McKenzie's *amaze* makeup transformations on TikTok @mckenziearrington.

All photos courtesy of McKenzie Arrington. 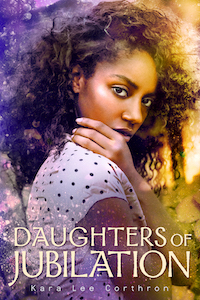