My BGF has a crummy GF 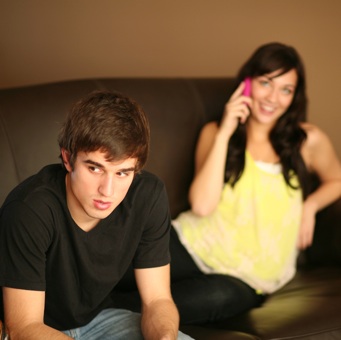 My BGF is dating this girl who I don’t think is good for him. She always is flirting with other guys, and she doesn’t act like herself around him. She doesn’t let him make any decisions in the relationship and sometimes says things about him that aren’t very nice to other people. I tried talking to him about it, but he just shrugged it off and said I was wrong. I think he’s going to end up getting hurt in this relationship because he cares about her more then she cares about him. How do I get the message across to him that he needs to watch out?

Hey girl! I am really glad to hear that you are trying to be a good friend to your BGF. This is probably not the answer you want to hear, but there might not be much you can do to protect him from getting hurt. If he has already shot down your first attempt to help him out, he will probably only get more and more annoyed the more you try. I don’t think there is much that you can say to change his mind since he likes his girlfriend so much. Continuing to warn him is just going to make him mad at you.

I would say the best thing you can do in this situation is to let him do what he wants with his relationship and just be there for him if they break up, which it sounds like a possibility. You have already tried to be a good friend warning him. The next best thing you can do is to be there to help him pick of the pieces if he gets his heart broken. Whatever you do, don’t give him the ol’ I-told-you-so line. No friend wants to hear that when they’re upset.

I know it can be really tough to see friends treated poorly, but when it comes to relationships sometimes people have to get hurt a few times before they can really figure out what they want and don’t want in a partner. Even though you care about your friend, he needs to figure out for himself that this is not how he wants to be treated.
Love this post? You’ll heart these, too!

» Cute outfits to catch his eye