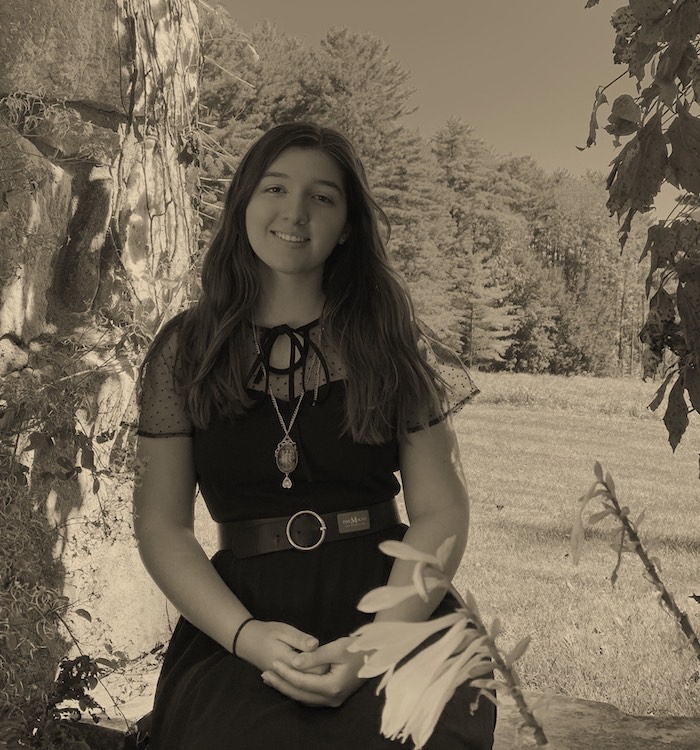 Madison McMahon has always loved fantasy novels, so when the idea came to her to write one, she didn’t hesitate to put pen to paper. After a summer spent writing and revising, the sixteen-year-old published her v. first book, The Son of Mara, this October. The Son of Mara follows Blythe Seraphin, a sheltered teen witch sent to a magical school called Esalroth Academy. At Esalroth, Blythe makes new friends, delves into the mystery of the Son of Mara and comes into her own as a young witch. Before you add it to your TBR list, read our interview with McMahon about the writing process, the book’s funniest character, and her advice for aspiring teen authors.

Girls’ Life: When did you first start writing?

Madison McMahon: English has always been my best subject in school. I’d always write short stories for assignments, and then one day I realized, “I don’t have to write for school, I can write for fun!” I probably started that when I was ten, or twelve years old. I worked on little side projects, but this is the first book that I actually finished.

GL: What was your writing process for The Son of Mara? How long did it take you to complete your first draft?

MM: I wrote the entire summer. I didn’t have any summer homework, thankfully, but I was juggling writing with my job at a bakery. I challenged myself to write every day, knowing: I can go back and edit it. I don’t think I’d ever realized that before, that what I’m writing doesn’t have to be the final words. Throughout the summer, I was chugging out about ten pages a day until August. Then I set it down for a week, went on vacation, and edited the entire thing before I went back to school.

GL: How would you describe Blythe, the novel’s protagonist? Do you relate to her in any way?

MM: I definitely relate to her. She’s sixteen years old, and she grew up very sheltered, but she has a big personality. Her one wish at the beginning of the story is a simple one: she wants to make friends. She wants to share this joy she has with other people. I feel like anybody, but especially people who are writers, artists, and anybody who’s really into the arts, they feel very on the outskirts. They don’t play sports. They’re not as revered in high school. I feel like that’s something everybody can relate to. 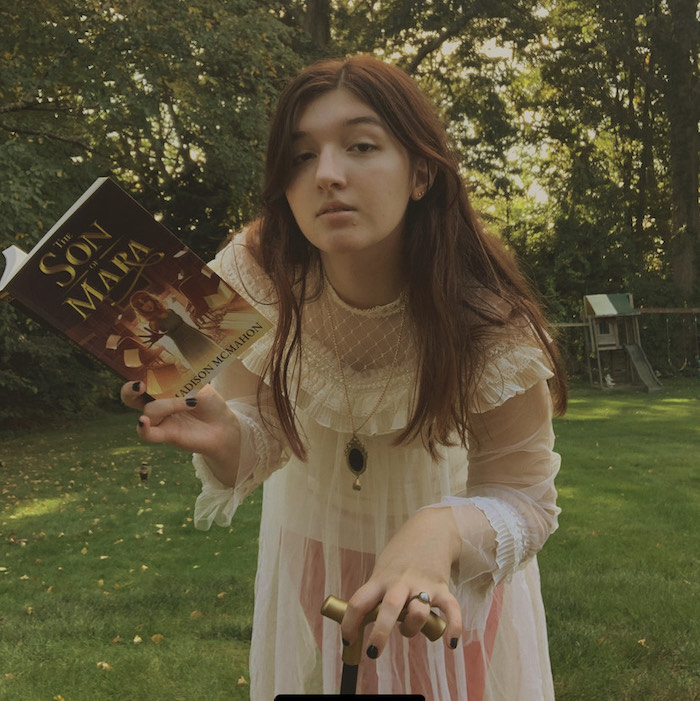 GL: Which character was the most fun to write?

MM: It was probably Gus Jimènez. He’s the youngest of the group. He’s twelve, right? But he wears this all-black suit and a plague doctor mask. You think he has this sad reason behind it, but no. He just wants to look cool. He has this line where he tells people to move back, or he’s going to use their toes for dominoes. You’re like, “Okay then.”

GL: What do you want readers to take away from the book? Any important themes or messages?

MM: The main theme would probably be self-acceptance and self-love. The fact that there is a place where you belong. I’ve always struggled with feeling different, feeling weird. But in The Son of Mara, Blythe goes to Esalroth Academy of the Mythical, Magical, and Monstrous, where all the weird people are. She finds a place to belong there.

GL: In another interview, you mentioned struggling to find LGBTQ+ representation in the fantasy books you were reading, and including that in The Son of Mara. How did you incorporate that representation into your book, and what did it mean for you to write that story?

MM: I’m queer. I don’t think I came up with a label until a few years ago, but I knew I was not straight. I feel Blythe definitely goes through this journey of self-discovery where she learns more about herself. The majority of the characters are queer in some way. Blythe is genderfluid. Clyde, another character, is pansexual. Melsella is a lesbian.

I know that I was so starved of representation at a younger age. Not necessarily now, as I see it more. But there wasn’t anything for my age group where I saw women in relationships with other women, so I didn’t really get that that was something I could have. I wanted to show younger girls, boys, and anybody else that, if this is who you are, you can exist. You can be in this fantasy world. You can participate in that. 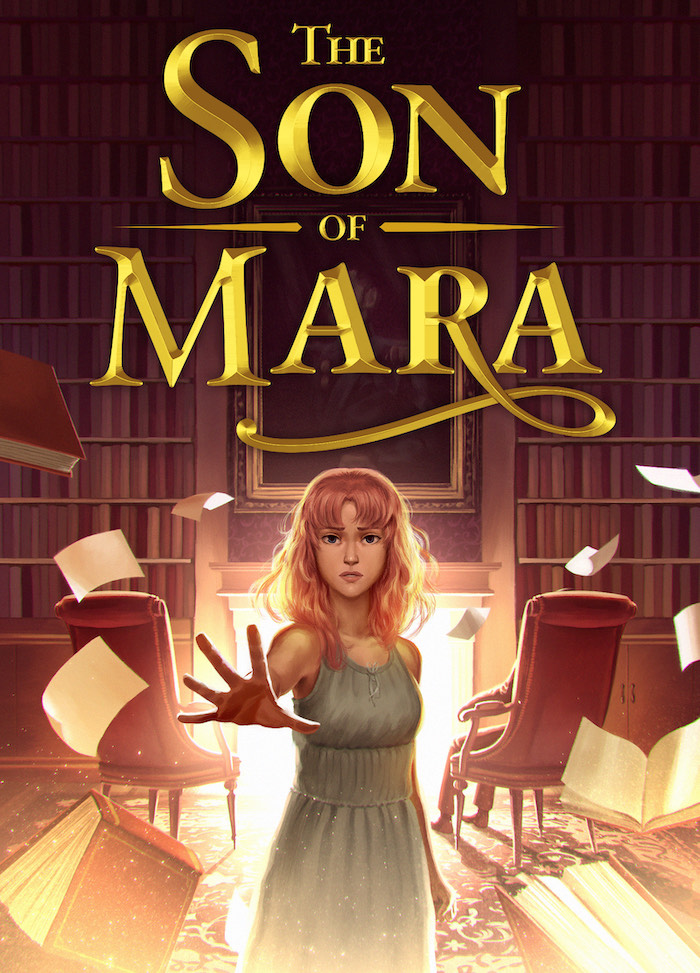 GL: Who designed the cover art for The Son of Mara? Who came up with the concept?

MM: Adrian Doan Kim. He was the artist for it, but I’m quite proud of myself that I came up with the design. I love books with character art on them, so I was like, “Why not?”

GL: Who are the writers that influenced and inspired you as you crafted this novel?

MM: Definitely Leigh Bardugo. I’m a big Six of Crows fan. I remember, while I was writing the book, I always had to read a book to get myself in the headspace to start writing. I read Down Comes the Night by Allison Saft and loved her writing style. She had a similar message, where girls with big emotions had a place in fantasy. It wasn’t weird. They weren’t crazy. I related to that.

GL: What’s your advice for other tweens and teens who want to start writing, or want to take on a longer project like a novel?

MM: I feel like when you take on a bigger project, you’re so excited at first, but then it hits you: what if I can’t do this? What if nobody likes it? What if what I have to say isn’t important? And I want to tell younger people, especially, that what they have to say is meaningful. I don’t agree with the idea that because we haven’t experienced as much, we can’t write something meaningful.

GL: Are you thinking about writing a sequel to The Son of Mara?

MM: I’m pretty optimistic that this book is going to be part of a series. I don’t feel done with these characters.

Ready to dive into The Son of Mara? You can snag a copy from Barnes & Noble, Amazon or Lulu. 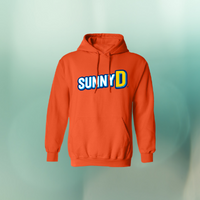