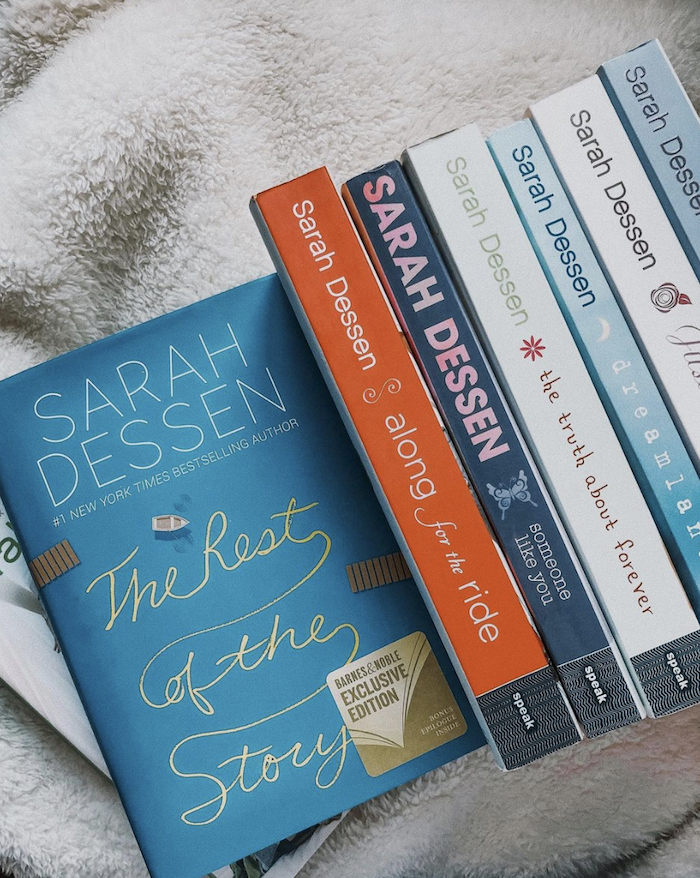 Sarah Dessen is an award-winning young adult author whose novels center the experiences of teenage girls dealing with the complexities of family, friends, relationships and life.

I remember reading my first Sarah Dessen novel after stumbling across the paperback version of That Summer in my middle school library. In my teens, I used my Sarah Dessen books as a guide for navigating high school. Whether I was moving houses, managing a tough breakup or arguing with friends, I always knew that I could consult a Sarah Dessen novel that would just *get* it. Now, almost 10 years later, I am reading Dessen's most recent release in my college dorm room—reminiscing about her 14 novels that profoundly impacted my life.

To celebrate the release of her most recent novel, The Rest of the Story, we've compiled a list of the most valuable lessons that Sarah Dessen books have taught me throughout the years. 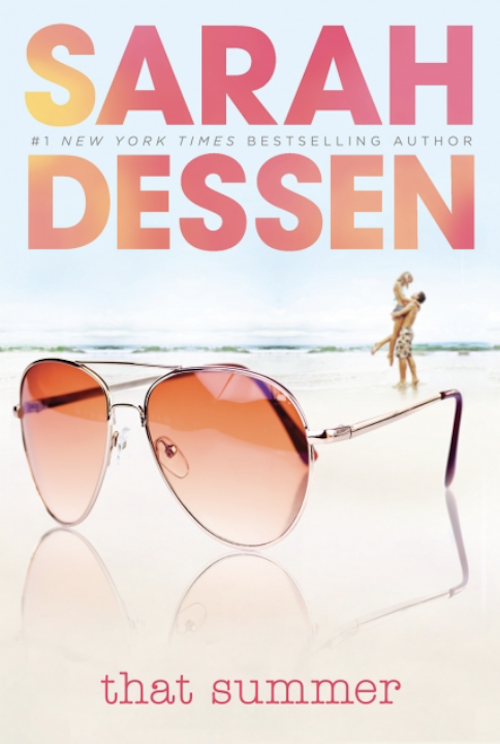 That Summer follows the story of 15-year-old Haven, an angsty teenager still reeling from her father's remarriage and her older sister's engagement. Haven understands that her life will never be the same, and spends much of the novel reminiscing about happier times. This novel taught me that life moves quickly, so it's important to make the most of every fleeting moment. 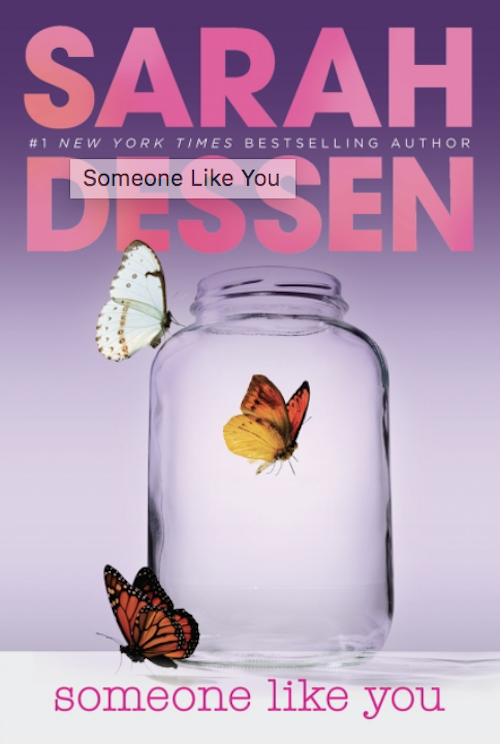 Someone Like You tells the story of Scarlett and Halley, two lifelong best friends living drastically different lives. When Scarlett faces an unimaginable tragedy, Halley must put her life on hold to support her best friend. This novel, filled with drama and heartache, taught me the importance of friendship and being there for those in need—even when it isn't easy. 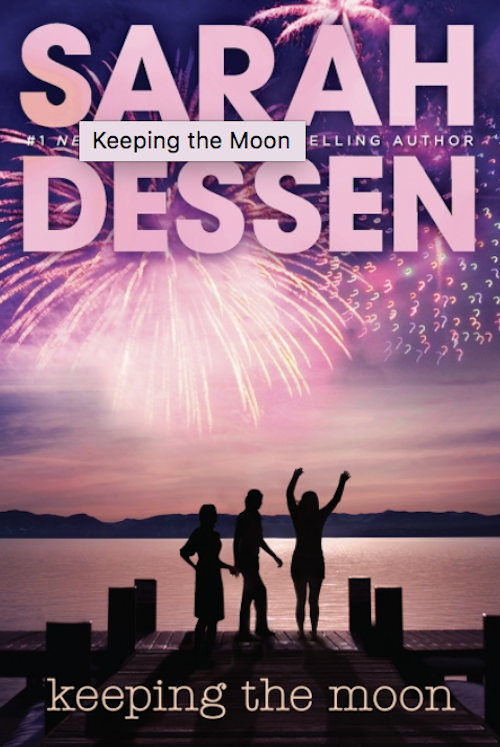 Keeping the Moon is Sarah Dessen's third novel. This story is about Colie, a shy outcast with a famous mother. When Colie is sent to spend the summer with her eccentric Aunt Mira, she is certain it will be the worst summer of her life. Colie, who considers herself friendless, is surprised to meet Morgan and Isabel, two older best friends who take her under their wing. This novel taught me the importance of self-love, and that friendship can blossom in the most unexpected situations. 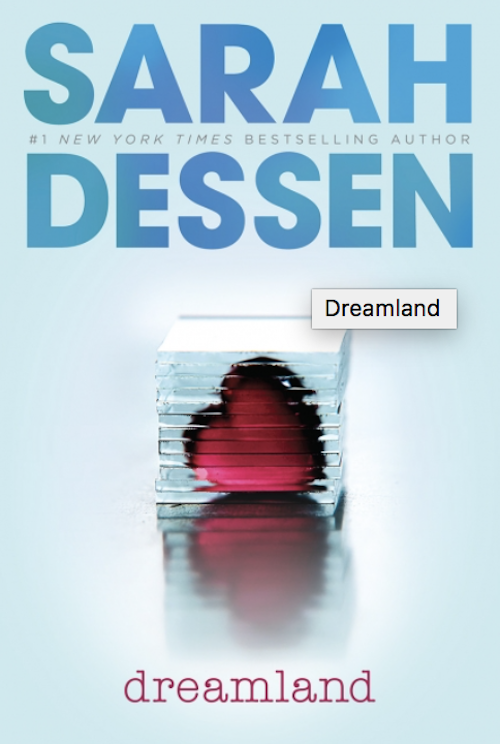 Dreamland, the darkest of Dessen's novels, follows the tumultuous relationship between Caitlin and her love interest, Rogerson Biscoe. When Caitlin's sister runs away on her 16th birthday, Caitlin is left to pick up the pieces of her broken family. Rogerson offers her an escape, as he seems charming and misunderstood—but when their relationship turns violent, Cailtin realizes that her perfect boyfriend may not be so perfect after all. This novel is incredibly relevant, as one out of every five teenage girls in America will experience domestic violence. This novel taught me the importance of checking in on my friends and speaking up if something seems wrong. 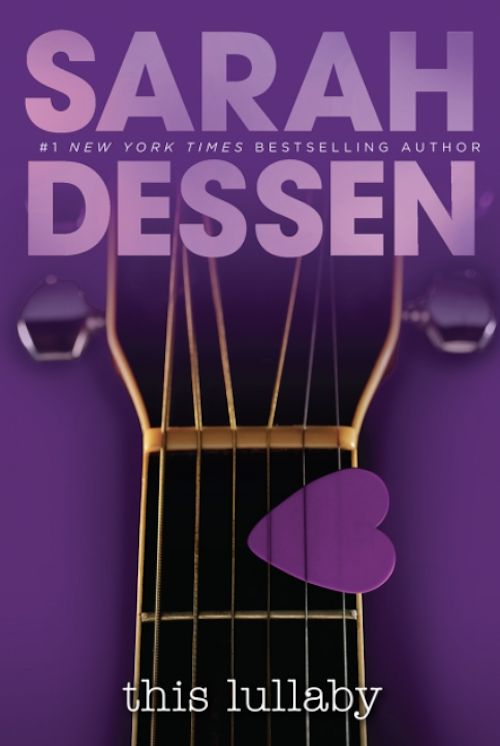 This Lullaby follows the story of Remy, a self-proclaimed serial dater who doesn't believe in love. After watching her mother's first five marriages fail, Remy can't imagine committing to someone—that is, until she meets Dexter. Dexter is nowhere near perfect, but Remy can't help but feel drawn to him, making her wonder if *maybe* this whole love thing isn't so bad after all. This novel taught me that while no relationship is perfect, the right person can make the hard times worth it. 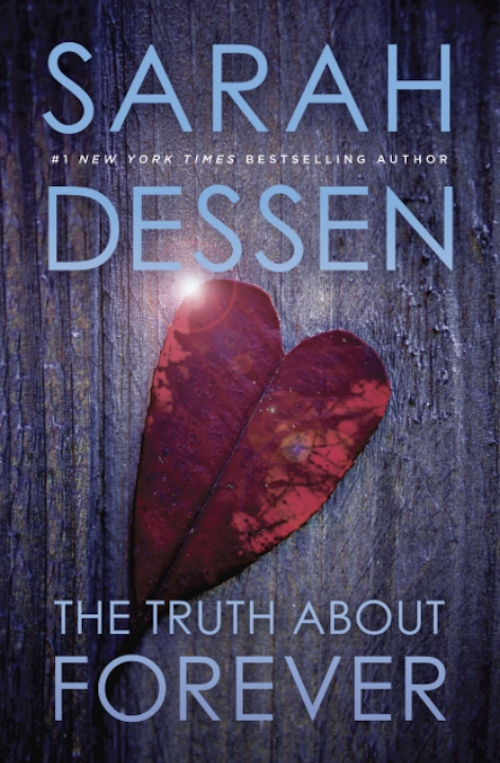 The Truth About Forever

The Truth About Forever follows the story of Macy, a sheltered girl who is more interested in hitting the books than hitting the town. Although she plans to spend her summer studying for the SATs and awaiting her boyfriend's return from Brain Camp, Macy soon realizes that her summer may have more in store than what she planned. This novel taught me that sometimes you need to step out of your comfort zone to grow into the person you are supposed to be. 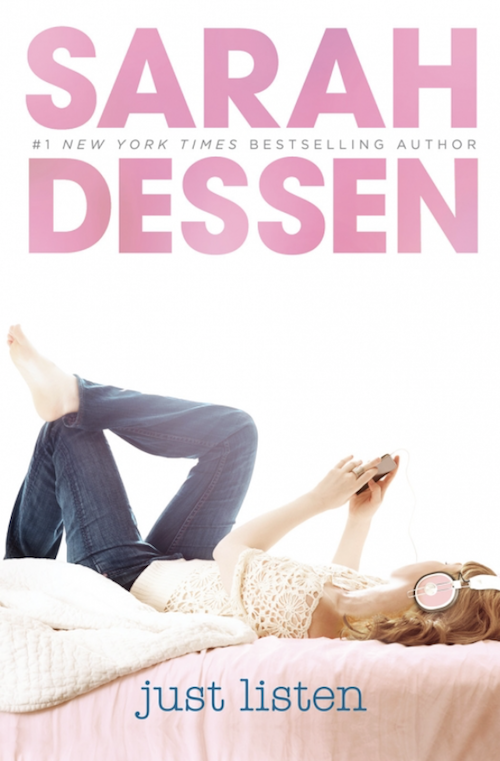 Just Listen is Sarah Dessen's seventh novel and widely regarded as one of her best. Annabel Greene, a teen model, was raised as one of three girls in a tightknit family. Although Annabel's life looks perfect from the outside, she has had a *tough* year. From losing her best friend, becoming the brunt of a vile rumor and coping with her sister's anorexia, Annabel just wants to feel understood. With the help of her friend Owen, Annabel learns the importance of standing up for herself—even when it seems scary. 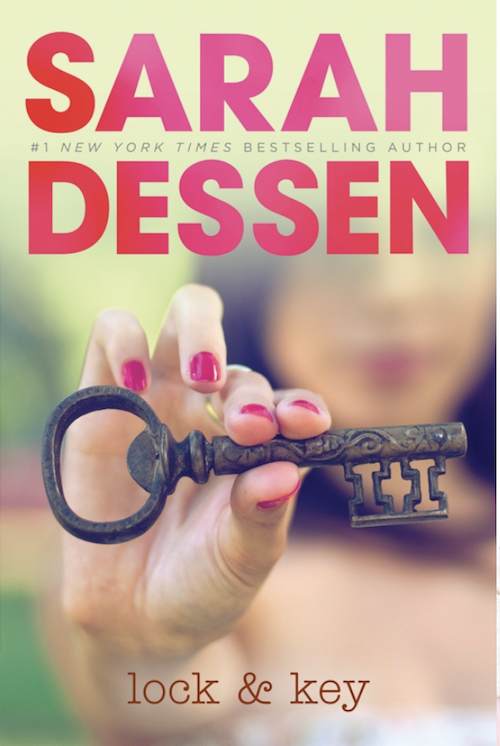 Lock & Key follows the story of Ruby, a troubled teenager who was recently abandoned by her mother. Because she is a minor, Ruby must move in with her estranged older sister—whose seemingly perfect life could not be more different from hers. Although Ruby feels alone, she begins to form a relationship with her sister that helps her cope with the loss of her mother. The biggest lesson I learned from this novel is that family comes in many forms. 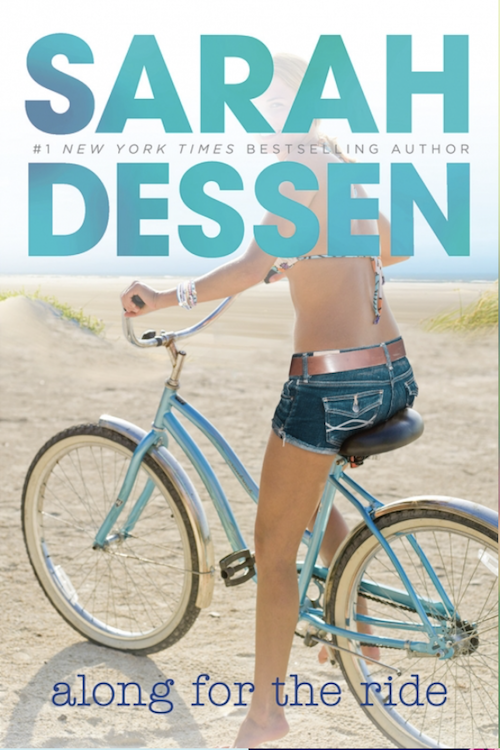 Along for the Ride

Along for the Ride is regarded as a *classic* Sarah Dessen novel. Auden, the novel's protagonist, doesn't get much sleep—at least not since her parents divorced. To meet the expectations of her demanding mother, Auden has been forced to grow up too fast. Determined to have one normal summer, Auden is looking forward to escaping to her Dad's beach town for the summer, especially when she meets a local boy named Eli. With Eli's help, Auden sets out to have the best summer ever, leading to a journey of self-discovery and personal growth. This novel taught me the importance of taking time to be a kid in a culture that celebrates growing up *too* fast. 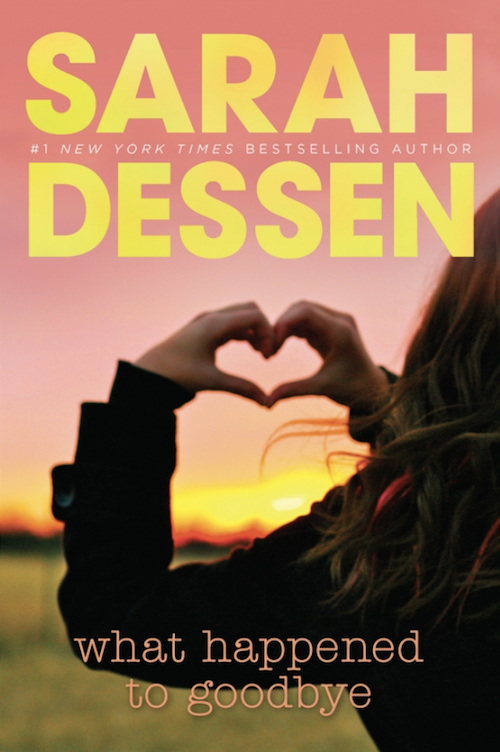 What Happened to Goodbye

What Happened to Goodbye follows the story of McLean Sweet, a teenage girl who has moved three times in the last two years due to her Dad's new job renovating restaurants. Following her parent's divorce, McLean and her dad decided to leave their pasts behind. Each time McLean moves, she reinvents herself—from theater kid to cheerleader to student government nerd, she has truly played the part of every high school stereotype. Soon, McLean realizes that, more than anything, she just wants to be herself. The biggest lesson I learned from this novel is that everyone has a different concept of home—and that is perfectly okay. 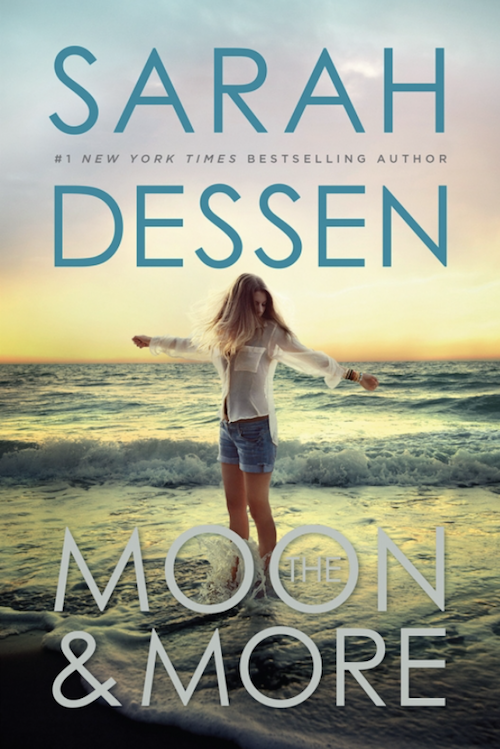 The Moon and More

The Moon and More follows the story of Emaline, a small-town girl from Colby, North Carolina. Emaline seems to have it all together—good grades, a perfect boyfriend and a loving mom, but when her biological father shows up in Colby unannounced, her life gets a lot more complicated. While Emaline has always planned to attend the local university and work for her family, her father is pressuring her to move away from Colby and go to an Ivy League school. Torn between two worlds, Emaline must make a decision—and it's one that will affect the rest of her life. This novel taught me the importance of staying true to yourself, even when faced with pressure from outside influences. 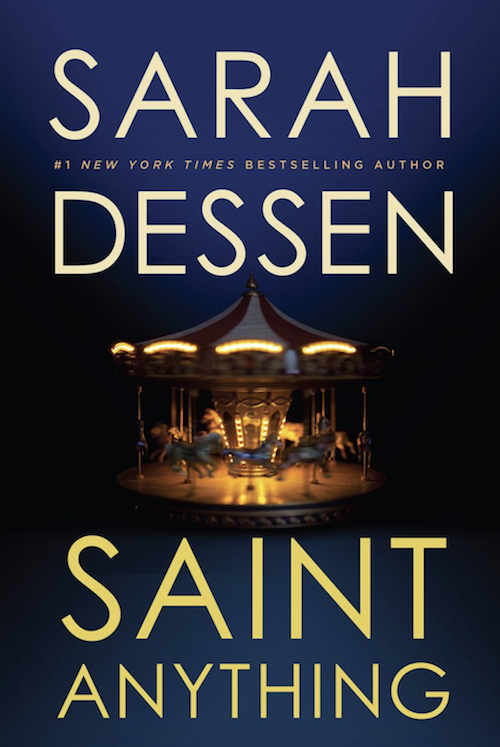 Saint Anything follows the story of Sydney, whose brother is in jail following a drunk driving accident that left a child paralyzed. When Sydney's family begins to take their stress out on her, she feels more isolated than ever—especially as she seems to be the only member of her family still concerned about the well-being of the victim. With the help of new friends and a new love interest, Sydney starts to re-build her community. This novel taught me the importance of being vulnerable with those you care about. 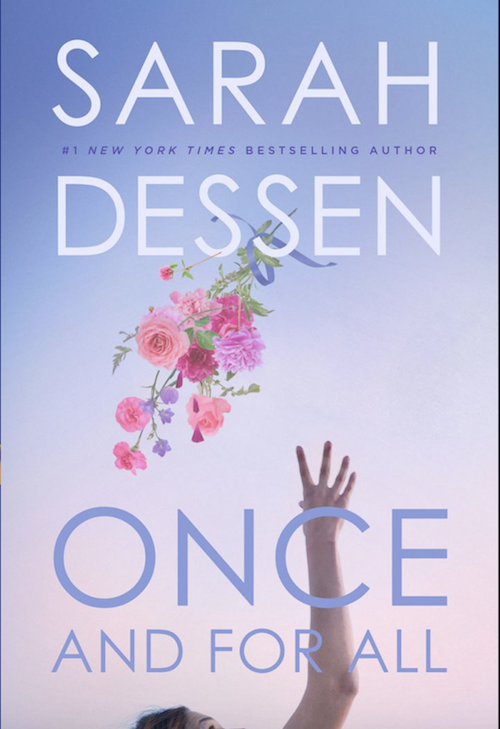 Once and For All

Once and For All tells the story of Louna, a wedding planner's daughter who is cynical about the existence of true love—especially after her first relationship ended tragically. When Louna meets Ambrose, a charming, oblivious player, she simply *can't* get him off her mind. While Ambrose embraces love, Louna runs from it—and they might just be able to meet each other halfway. This novel, rife with heartbreak, love and new beginnings, taught me the importance of perseverance. 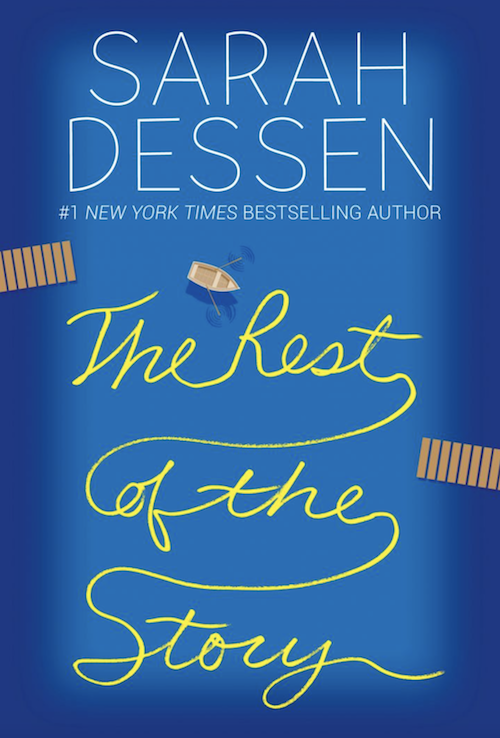 The Rest of the Story

The Rest of the Story is my personal *favorite* Sarah Dessen novel. The story revolves around Emma Saylor, a girl whose mother died when she was 12. After her summer plans are canceled, Emma is sent to stay with her maternal grandmother at Lake North—somewhere she hasn't been in years. Over the summer, Emma reconnects with friends and family members from her past. As she learns about her mother, she uncovers some truths about herself, too. This novel helped me understand the importance of connection, as family and friends are some of the best gifts that life gives us.